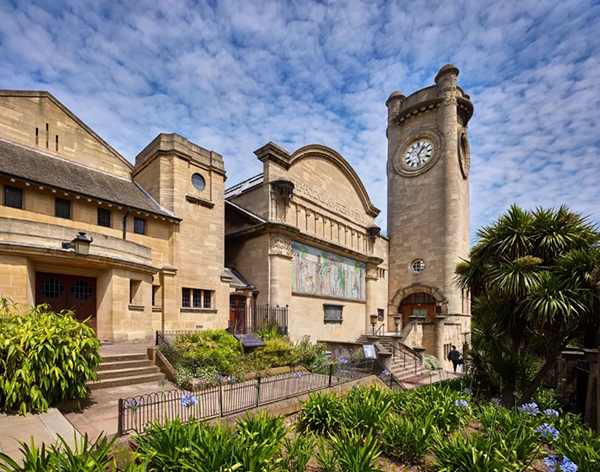 Tom Seymour, ‘A model for how a traditional museum can become relevant’: Horniman Museum in London wins Art Fund’s Museum of the Year Award, The Art Newspaper, 15 July 2022

The institution was awarded the £100,000 prize—the biggest in the global museum sector—for its attempt to confront its colonialist roots.

The Horniman Museum and Gardens in London has won the Art Fund’s Museum of the Year Award 2022. The historic museum, set across 16 acres in Forest Hill, south-east London, was presented with the £100,000 prize—the largest award for the cultural sector in the world—at a ceremony at London’s Design Museum this evening.

Speaking to The Art Newspaper, Art Fund’s director Jenny Waldman, who chaired the judging panel, congratulated the Horniman, a traditional museum with colonialist origins, for “blossoming into a truly holistic” one. “The Horniman has reimagined and reinvented the role a museum can play within a local community,” Waldman says. “Very powerful values and ideas are woven through everything they do.”

Waldman notes that the social unrest that followed from the Covid-19 pandemic and the murder of George Floyd in America has accelerated the pace of change for many museums in the UK and beyond. “The Horniman’s team used these events as points of departure for thinking about what a museum is there for, and what it can do,” Waldman says.

The Horniman building was created in 1890 from designs by the British Arts and Crafts architect Charles Harrison Townsend. Funding the enterprise was Frederick Horniman, the heir to Horniman’s Tea, a Victorian tea company. Horniman handed over the museum “to the people in perpetuity” in 1901.

Today, the museum is a Grade II*-listed building that is run as a charitable trust. Situated in the heart of south London, the museum has an adjoining garden of more than 16 acres, including a butterfly house, an aquarium, an ornamental garden, a pavilion and a band stand. While free to attend, in recent years visits to the butterfly house and ornamental garden have come at a small cost.

Inside, the museum is home to a collection of around 35,000 objects, including a large range of taxidermies and artefacts collected by Horniman on his journeys through China, Japan, Egypt, Sri Lanka, Myanmar, Canada and the US during the late 19th century.

In 2021, the museum launched The Reset Agenda, a project which sought to openly contend with the Horniman’s colonialist roots and engage with the realities faced by the museum’s diverse local community.

The Horniman’s complicated origins, and its links to the British Empire, are now explored on the museum’s website. “The Horniman money came, at least initially, from the sale of tea in China which was shipped to London,” said the museum’s chief executive, Nick Merriman, in an interview with The Art Newspaper earlier this month. “But [the tea] was paid for [with] opium, which was grown by the East India Company in India and smuggled into China.”

Although the Horniman welcomes around one million visitors a year, Merriman was open about the decreasing diversity of The Horniman’s visitors in the years before the pandemic, noting that gentrification across neighbouring districts, as well as certain changes in the museum’s curatorial and business model, had resulted in “the diversity of visitors going down, even as the numbers [of visitors] went up.” Merriman has worked at the museum since 2018.

The Horniman is situated between the London districts of Dulwich and Sydenham. According to figures from the 2021 census, 44% of Sydenham’s population are Black. The Horniman’s own research found the museum wasn’t reaching this local community as much as it should be.

The Reset Agenda sought to address this imbalance. In the summer of 2021, the museum hosted a ‘jerk cookout’, a reference to the Jamaican style of cooking, in its gardens, while an adjoining exhibition, titled Hair: Untold Stories, curated in partnership with Goldsmiths’ Anthropology Professor Emma Tarlo, looked in part at the role of hairdressers as meeting places for the black community in Forest Hill and beyond. The exhibition attracted almost 20,000 visitors.

In June 2021, a live music festival set in the museum’s gardens attracted 8,000 visitors. Its name, 696: Celebrating Black music in South London, was a reference to the discriminatory assessments made by police to surveil people who attend Black music events.

The festival, a direct creation of the museum, was both political and activist in its nature; introducing it, The Horniman noted that: “From 2006 to 2017, Metropolitan Police risk assessment form 696 made it harder for London music venues to put on Black music events. The 696 programme celebrates the music genres, and the people working in them, that were disproportionately affected by bias in legislation.”

The Reset Agenda will now seek to extend to The Horniman’s holdings as well. The museum is currently seeking funds in order to refurbish and reinterpret its Natural History Gallery.

“I think The Horniman is a model for how museums with traditional collections can be vibrant and relevant places for today’s audiences,” Waldman says.

The Horniman was shortlisted alongside Derby’s Museum of Making, Manchester’s People’s History Museum, Oxford’s The Story Museum and Tŷ Pawb—which translates as “Everyone’s House”—in Wrexham, Wales. Each museum has been awarded a £15,000 runners-up prize.