You are here: Home » Articles filed under: 'News' » Article: 'Art that made us, BBC TV series'

Art that made us, BBC TV series 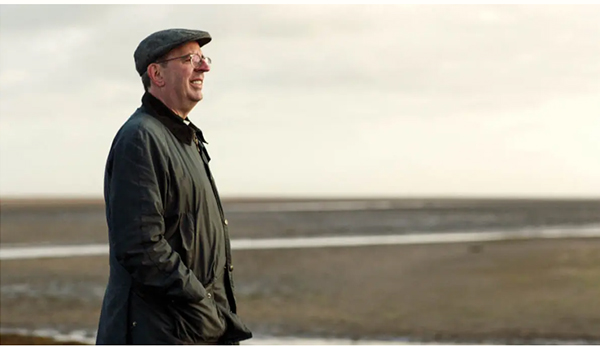 Andrew Pulver, From Anglo-Saxon sculpture to Tracey Emin’s tent: BBC series summarises the biggest British art events of the past 2,000 years, The Art Newspaper, 21 May 2022

Art That Made Us winds through the centuries, exploring the cultural effects of landmark historical events such as the Black Death and the First World War.

How do you sum up 2,000 years of British art and culture in eight hours of TV? That is the mammoth task the BBC set itself with Art That Made Us, its new series that aims to engage the TV audience with the grand sweep of cultural achievement. As the title indicates, the approach is all about the historical and social influence of art: as it winds through the centuries, the series picks up on works connected with landmark events: the Black Death, the dissolution of the monasteries, the Industrial Revolution, the First World War and a host of others.

But Art That Made Us is by no means a greatest-hits package: you won’t find Constable’s The Hay Wain, Dickens or even the Beatles here. For the producer Russell Barnes, the TV show is intended to “challenge preconceptions”, to construct a timeline that zeroes in on “the moments that shake things up, where you get a reorienting of the culture”. As the show itself says, this is an alternative history: the earliest object considered is the fifth-century Anglo-Saxon figure known as Spong Man, and the most recent is Stormzy’s headlining performance in 2019 at the Glastonbury festival. In between we get an array of work, from the Lindisfarne Gospels to The Wilton Diptych, Milton’s Paradise Lost to Turner’s Rain, Steam and Speed, the Queen Mary liner to Tracey Emin’s tent Everyone I Have Ever Slept With. 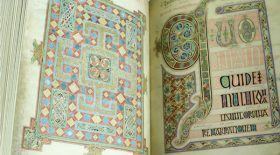 The Lindisfarne Gospels, which Richard Coles examines for the series. “It’s an eighth-century work of art, and it really leaps of the page,” he says. “To explore it was just great.” ClearStory/Menace.

In keeping with its revolutionary spirit, Art That Made Us adopts a participatory approach, with practitioners and specialist commentators given space to assess individual works and wax lyrical in their own way. “In the past you would have a single generalist presenter—say, Simon Schama or Mary Beard—on some sort of journey. But we wanted to do the opposite,” Barnes says. He describes the show as “anti-Reithian”—in the sense of lordly education of the public taste. “To me, Reithian is old-fashioned, top-down style,” he says. “This is bottom-up, I hope. We’re not saying, ‘Watch this and you’ll know all about British art.’ That’s not it. What we are saying is: ‘here’s a selection of amazing works from a particular moment of historical flux, and this is something we can debate and pull apart’.”

There is much in the show that is revelatory: comics artist Woodrow Phoenix, for example, casts a fresh eye on the Bayeux Tapestry, pointing out the marginalia that most of us would never notice; and we discover that, as a schoolboy, Eddie Izzard’s dad was at the opening of Bexhill’s Modernist masterpiece the De La Warr Pavilion. Richard Coles, former member of the pop duo The Communards and now a Church of England parish priest and BBC radio presenter, was given the job of examining the Lindisfarne Gospels (in replica, as the originals are too fragile) and says he valued the opportunity to visit the place where it was produced. “It’s an early eighth-century work of art, and it really leaps off the page,” he says. “The flora and fauna, the salt spray and light of the north-east. To explore it there was just great.”

Coles’s contribution is also a reminder that the forces that shape British culture are not always those that are most present in contemporary mindsets; religion underpins six out of the eight episodes. “Christianity was a presence once; now it’s more a ghost,” says Coles. “But it does haunt us, and the fact that it was such a powerful shaper of our thinking means that even when people’s positive commitment to it has faded or gone, nonetheless those shapes and patterns remain.”

This sort of approach might lead audiences to think Art That Made Us will be taking potshots in the culture wars that are currently raging, but Barnes says it was vital to him to represent as many viewpoints as possible: all the nations (including Ireland) and key immigrant communities. “We were really careful all the way through to get all sorts of voices in there—some are not ‘woke’ in any way at all,” he says. He cites as an example “really good historians” such as A.N. Wilson and Dominic Sandbrook, but accepts that “people come at things with baggage”. At the programme’s launch, Barnes says, discussion of a decision to opt to cover Reformation England via Elizabeth I over Henry VIII led to stories in the news media that the show had deliberately excluded “horrible Henry”.

Other contributors do not see it that way. Writer, broadcaster and film-maker Bidisha, who appears in the final episode, covering the post-war decades, is passionate about taking the issues on. “For me, it was really important to look at people like [writer] Hanif Kureishi and [photographer] Charlie Phillips, because if we don’t, they are going to be dropped out of the official history,” she says. “It always happens with artists of colour: they are constantly in a process of having to be put back into history. Unfortunately, no one sees this negative space unless someone like me is involved. We were careful to address all the issues and try to defray the heat in advance. But I do think culture wars should be owned by the people they are pertinent to—it’s OK for me to talk about race and sex in a nuanced way, but it becomes offensive when someone’s got a big mouth and likes the limelight too much but doesn’t know what they are talking about.”

As for non-British viewers, Barnes is hopeful they will stay on board. “We didn’t actually use the term ‘soft power’ in the end, but we debated it,” he says. “Britain has been good at releasing individualism, and youth. There is something of that in our art that makes it distinctive and punch above its weight internationally.”

• Art That Made Us is on BBC iPlayer now. It will be shown beyond the UK in the coming months