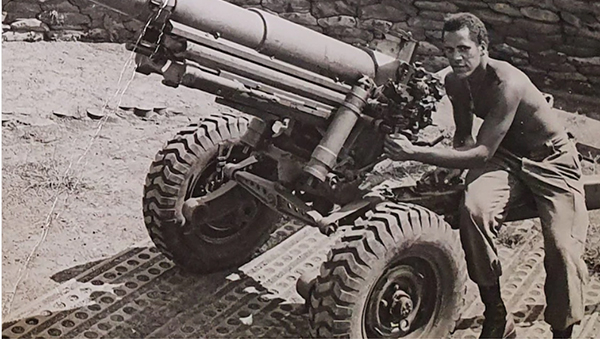 And Uncle John Burns was there.

“As we were firing, we got hit with a downpour, and it really pelted down,” he said.

“The gun pit was absolutely full of steam and smoke and spent cartridges.”

Mr Burns was a bombardier with 103 Artillery Battery, providing covering fire for Australian troops engaged in a fierce gunfight.

But, while firing quickly, his ammunition started to run dangerously low.

“Then, out of the rubber trees, came all these soldiers. They ran straight to the ammo dump and started collecting ammunition and bringing it to the guns,” he said.

“That’s when I felt so proud, this was the Australian spirit that we all know.

“It was 56 years ago. It’s still that memory is still fresh in my mind. As if it was last week.” 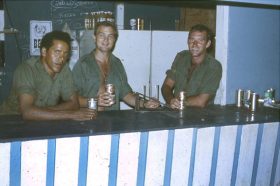 As an Aboriginal recruit, Mr Burns said he experienced equality in the Army that he had not always experienced back home.

“[I was] getting on a trolley bus. The driver stared at me and said, ‘we got a black snake on the bus. I think he’s frightening people’,” Mr Burns recalled.

But in the Army, Mr Burns said he was trained, paid, and treated just like the rest of the troops.

“If a mate’s in trouble we’ll do whatever we can to assist that soldier,” he said.

“We all wore the green skin. We were all there for each other.” 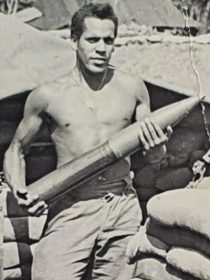 Now, the service of those like Mr Burns can be better quantified.

The Australian War Memorial has, for the first time, published a list of Aboriginal and Torres Strait Islander soldiers who served in Vietnam.

An accurate count of the number of First Australians who fought in the conflict could not be released until now, as it was not recorded at the time of recruitment.

So far, the War Memorial said it had confirmed that 250 Indigenous soldiers had served in the conflict, but that list was expected to grow.

“There’s been no actual pointing to them as Aboriginal men,” Indigenous Liaison Officer at the Australian War Memorial, Michael Bell, said.

“When I met with veterans up in Queensland and I told them about what I was planning to do, their outstanding answer was ‘it’s about time’.” 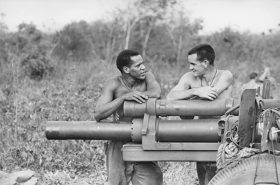 John Burns is one of at least 250 Indigenous men to have served in Vietnam.(Supplied: Australian War Memorial).

During the Vietnam war, conscription was an ominous prospect for many young men of the 1960s and 1970s.

If you were a 20-year-old man and your birthday came up, you were required by law to join the Army.

But not if you were Aboriginal or Torres Strait Islander, Mr Bell said.

He said if you were an Indigenous man and walked into a recruitment office, you were likely to be shown the door.

“Adjudications by recruiters and enlisting officers was based on the colour of their skin,” he said.

“The darker the Aboriginal person was, the more chance he was to be offered an exemption from service.”

The exemption was, in effect, an active exclusion from conscription.

But not from service entirely. 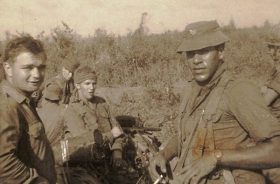 Larry D’Arcy (left) Robert Costello (centre) and John Burns (right) on May 13, 1968 — the morning after the Battle of Coral.(Supplied: Australian War Memorial).

“We have numerous examples of Aboriginal men responding to the call-up for conscription, being told that they were exempt because of their Aboriginality, but then enlisting independently as civilians,” Mr Bell said.

So despite having a legitimate reason not to join the Australian Army, and in the face of discrimination, First Nations men in their hundreds volunteered to serve – years before Australia even counted Indigenous people as part of the population.

The Vietnam War was five years old before the 1967 referendum changed the constitution to ensure Indigenous Australians were counted in the Census.

For those like Mr Burns, that made the correction of the official record of the war all the more important.

Like the rest of the Indigenous veterans who served in Vietnam, he does not regard his service as different to that of anyone else.

But he does hope the list’s publication will finally correct the discrimination of the past.

“I hope [they] will realise that Indigenous soldiers will always be there ready to make that sacrifice if called on to defend our country,” he said.