You are here: Home » Articles filed under: 'News' » Article: 'AWMM’s exhibition ‘Ukraine: the Cost of'

AWMM’s exhibition ‘Ukraine: the Cost of 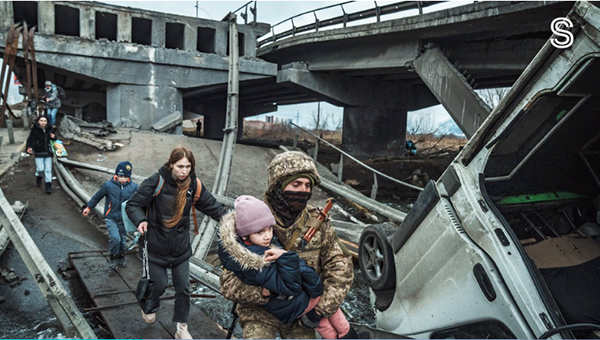 Images from a photojournalism exhibition documenting the invasion of Ukraine by Russia at Auckland Museum. David White Stuff.Co.NZ. Click here to view the video.

A new photography exhibition offering a glimpse into life on the front line of the Russian invasion of Ukraine is open in Auckland.

Wednesday’s opening marked Ukrainian Independence Day and exactly six months since the war began, and was marked by a gathering of the Ukrainian community.

On display at the Auckland War Memorial Museum, Ukraine: The Cost of Freedom hopes to show the New Zealand public the devastating impact the war has had on Ukrainian citizens.

Some of these photographers whose work is on show have lost their lives since the photos were taken.

The exhibits on display in Auckland have been chosen by the local Ukrainian community – from the photos and videos on display, to the labels, signage, lighting and soundscape.

Slightly different selections are also being exhibited in Germany, Ireland and Singapore. 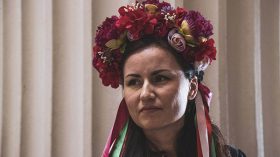 For project manager and initiator Kateryna Samokisha, “it’s all about telling the horror story of what is happening right now to our community, families and friends”.

“We want to let the photos speak for themselves, and hope that when people see our stories they realise that these are real people, just like me and you.”

Samokisha’s husband, Kyrylo Kucherov, wrote the display captions and hopes the exhibition will raise awareness about the severity of the situation in Ukraine. 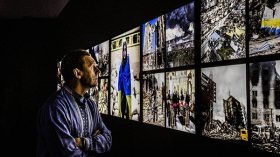 Speaking on behalf of Tāmaki Paenga Hira Auckland War Memorial Museum, chief executive David Gaimster said it has been an honour and privilege to support “this important and urgent undertaking”.

Gaimster believes that by helping the Ukrainian community to tell their story through their own eyes, rather than through the museum’s interpretation, it will enable visitors to form their own conclusions about the events in Ukraine.

“Museums are traditionally a neutral space, but part of representing our communities means that at times we have to step outside of that to reflect on what is happening in real time.

“We want our museum to be a place that documents and addresses contemporary events, as well as interrogating the past,” he said. 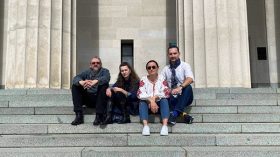 Since the Russian invasion of Ukraine began in February, it’s estimated that more than 5500 civilians have been killed, 362 of which were children, according to data collected by the United Nations.

The exhibition is set to run until October 23 and is free for all Aucklanders with museum entry.

Note: This exhibition contains graphic and confronting content. It may not be suitable for children under 15 years.