BC govt on defensive after ‘tone deaf’ $789M 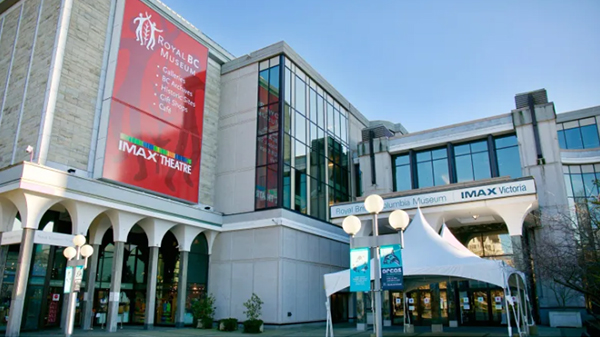 At a press conference last week, Premier John Horgan announced a $789-million rebuild of the Royal B.C. Museum with a smile and one of his trademark dad jokes.

“I would definitely characterize that as a mammoth announcement for the people of British Columbia,” he said, a reference to the stuffed woolly creature that is the museum’s best-known exhibit.

The smile was soon gone, though, as what started as a feel-good announcement turned into a political own-goal unlike almost any other Horgan has faced since becoming premier in 2017.

Critics hammered the government on the high price for the upgrade, pointing out that B.C. is dealing with a family doctor shortage, skyrocketing gas prices and an affordability crisis. Within a week, Horgan was apologizing for turning the museum into a “political football,” in his own words, promising to release the full business case for the costly renovations in the days ahead.

But opponents and supporters alike are uncertain British Columbians can be convinced.

“If the NDP loses the next election, people will go back and trace it to this announcement,” said Martyn Brown, who was chief of staff to former premier Gordon Campbell.

Former NDP cabinet minister Elizabeth Cull called the announcement “tone deaf,” even if she thought funding for museums and things like health care is not “an either-or situation.”

And with the project expected to last until at least 2030, it has handed plenty of ammunition to new B.C. Liberal Leader Kevin Falcon.

Opposition criticism has been relentless, with the B.C. Liberals using phrases such as “vanity project” or “vanity museum project” more than 60 times in the legislature from Monday to Thursday, according to B.C. Hansard transcripts.

Falcon told reporters he was “massively disappointed” with the timing and promised to cancel the project should he become premier in the next election, slated to take place on or before Oct. 19, 2024. 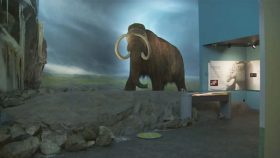 The museum says the mammoth is perennially the most popular attraction among its permanent exhibits. (Mike McArthur/CBC)

Tourism Minister Melanie Mark was tasked with defending the price tag, pointing out that the project is spread out over several years and involves six hectares of land, five buildings and seven million objects that she said would stretch more than 27 kilometres if they were laid end to end.

The province has said the 54-year-old building that houses the current museum is seismically unsound, filled with asbestos and lacks the ability to safely preserve most of its collections with current best practices. It is being completely demolished and replaced with a state-of-the-art facility able to withstand coastal floods and earthquakes, something Mark warned could be devastating to the current building.

“Two floors [of the current museum] are under sea level … if there was a flood, we would be wiping out our collective history,” Mark said.

In addition, a satellite facility for research and storage in the neighbouring community of Colwood, announced two years ago, has been budgeted at $224 million.

The museum will be closed from September 2022 until at least 2030, at a time when tourism-based businesses recovering from the pandemic are counting on the museum to draw visitors to the city.