August 11th, 2022 | Browse other: News. | Tagged with: Carbon offsetting is just another form of greenwashing | 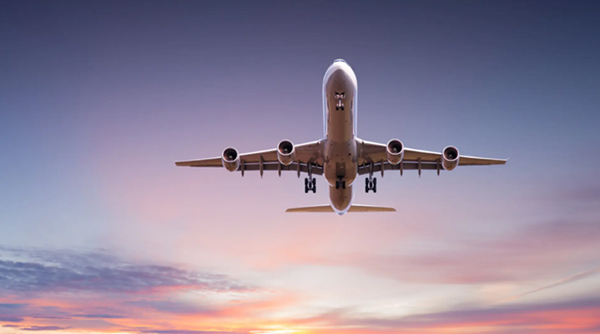 Offsetting is increasingly the go-to solution for people attempting to alleviate their guilt over air travel. Photo: Shutterstock.

Rather than hoping for a magic fix to neutralise our emissions, it is more realistic to fund projects that involve direct and strategic impact.

If you are reading this August column of Green is the New Black, it is very likely that you have either recently been away or have an imminent overseas trip. Of course it’s now a given that flying is seriously bad for the planet and that the best way to avoid generating all those emissions is to avoid getting airborne in the first place. But we also know that international travel, whether for business or pleasure, is often unavoidable and/or irresistible; and that, especially given the current mayhem in the UK’s seaports, there are often no other options to get to where we need or want to go.

So what to do when, despite every good green intention, you simply have to fly? In recent years the go-to solution has been to offset. This basically means paying somebody else to reduce or remove some other emissions to compensate for the ones you are producing. Offsetting forms a simple salve for many a carbon-heavy conscience, and airlines now make it especially easy by offering absolution in the form of a convenient donation box to tick when purchasing an air ticket or a handy payment slip for onboard passengers. Some airlines even go as far as to claim that these passenger offsets will render their flights completely “carbon neutral”.

But beware the schemes that seem almost too good or cheap to be true: they usually are. All they will offset is your guilt. While many airline-endorsed environmental charities might be doing great work and certainly merit support, this doesn’t automatically mean that they can compensate effectively or in time for the carbon that’s just been cooked up by yesterday’s flight to LA.

It often difficult to know what carbon calculations have been used or what untested assumptions might lie behind many of these offsetting claims. Investigations by Greenpeace have found that the so-called credits many organisations claim to generate to support net-zero commitments are based on flawed systems and spurious future predictions that have little or no effect on the current situation.

If, for example, you plant some trees today, they might pull a certain amount of carbon out of the air for a few decades. But how do we know whether the tree will survive that long? And is it the right kind of tree, in the right kind of soil and not part of a monoculture plantation causing other kinds of problems? Or part of a process whereby local people are being kicked off their land?

A number of schemes do exist to try to certify ‘best practice’ offsets. But most of these rely on reducing carbon over long future time frames which are not much use when we need to halve global emissions in the next 10 years to avoid the most catastrophic climate and environmental scenarios.

What, then, will provide the planet with some proper compensatory payback? Is there any way to compensate that isn’t just empty greenwashing? Rather than hoping for a silver bullet scheme that magically neutralises our carbon, it is more realistic to fund projects that will have the most immediate strategic impact, whether in keeping fossil fuel in the ground, defending and expanding forests and wetlands or shifting to climate-friendly agriculture.

Organisations such as Client Earth, Solar Aid, Art to Acres, the AgroEcology Fund or Forest People’s Programme won’t make our emissions vanish, but they do offer an effective way to take responsibility for unavoidable greenhouse gas generation and are helping to speed up the wider systemic change that has to take place for a cleaner, more sustainable world.

Indeed the very term offsetting is becoming increasingly discredited as inaccurate and misleading. On the advice of the Gallery Climate Coalition, (the international art sector charity devoted to decarbonising the art world and promoting zero waste) it is more accurate—if less snappy—to describe these compensatory payments as Strategic Carbon Funds. This takes into account the fact that, unlike the (ahem) smoke and mirrors surrounding conventional offsetting, it isn’t realistically possible to cancel out the carbon we put into the environment. It’s there, and for a long time.

The idea of paying into a Strategic Carbon Fund also acknowledges that, unlike the quid-pro-quo language around conventional offsetting, there is no magic carbon-saving figure to what we choose to donate to any of these initiatives. Instead both the GCC and the environmental charity Julie’s Bicycle advises each of us to use our own calculated carbon expenditure as a guideline for what we are able to contribute and to view what we pay as a kind of internal “carbon tax”.

The GCC website provides a free carbon calculator that converts air miles into carbon but there is no set figure as to the damage done to the world by each tonne of CO2 emission generated. The recommended amount—by GCC and Julie’s bicycle—is between £50 to £100 per tonne with each of us using our individual judgment to pick a figure within this range that is affordable for our budgets while also being sufficiently high to make us think seriously about each flight taken.

For however much we donate to our Strategic Carbon Funds, nothing matches the environmental benefit of simply flying less. We all need to change our travel habits and part of this involves realising that the easy option of offsetting is really just another form of greenwashing. There is no carbon quid pro quo.

But in the meantime, if you do need to be airborne, bear in mind that travelling economy uses around five times less carbon than first class, so make sure you only splash out for that extra legroom on your (very occasional) long hauls. Happy hols!