September 15th, 2022 | Browse other: News. | Tagged with: Canterbury Museum to close for upgrade | 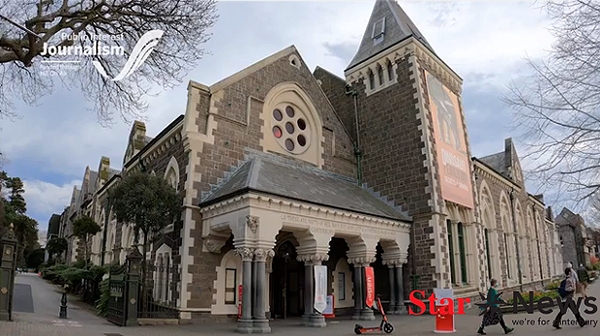 Canterbury Museum is inviting Cantabrians to come and say “see you later” to their favourite exhibits. View video here.

Canterbury Museum is inviting the public to come and say “see you later” to their favourite exhibits as it plans to dismantle galleries later this year ahead of a transformative redevelopment project.

From mid-October, the museum will start progressively closing, dismantling and packing down its galleries to move them to a secure offsite storage facility.

A blockbuster farewell exhibition, which will also raise funds for the redevelopment, will open in the otherwise empty museum in early 2023.

The museum plans to close the doors on its Rolleston Ave site in April 2023. Building and fitting out the new museum is estimated to take up to five years.

A small selection of much-loved museum exhibits will be on display alongside new temporary exhibitions in a central city pop-up space, which is planned to open next year.

Museum director Anthony Wright says the next few months are a chance for Cantabrians to visit the museum to farewell their favourite exhibits, many of which will return in some form in the new museum.

“When people walk through the doors of the new museum in five years’ time, we want them to be wowed by all the exciting objects and stories that we finally have room to display.

“We also want them to see familiar things that remind them this is still their much-loved museum,” he says.

“So for many of our exhibits, this isn’t goodbye – just see you later.”

Some classic displays like the Christchurch Street and Fred and Myrtle’s Pāua Shell House will be rebuilt inside the new museum, while other favourites like the Antarctic Gallery and Discovery will return bigger and better than ever.

The exhibits are just one part of a mammoth move that will see 2.3 million taonga (treasures), equipment and staff shifted offsite to make way for the museum’s $205 million redevelopment.

“The whole move is a daunting but hugely exciting project and will be keeping just about everyone in the museum very busy over the next nine months.

“We hope people will understand that we won’t be able to offer our usual level of service with the likes of loans, accessing taonga and education during this time,” Wright says.