You are here: Home » Articles filed under: 'News' » Article: 'Elizabeth Ann Macgregor looks back on MCA' 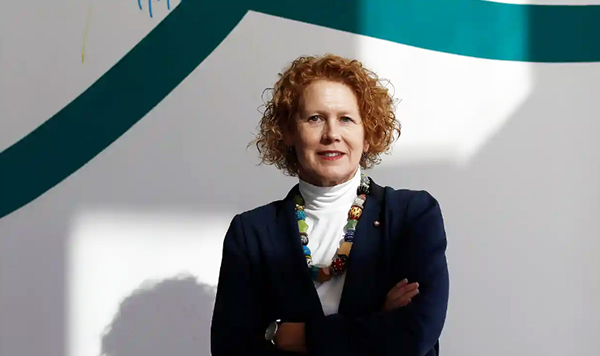 Under the leadership of director Elizabeth Ann Macgregor, the MCA transformed from a costly institution that recorded just 100,000 visitors a year into a trail-blazing cultural attraction. Photograph: Ryan Pierse/Getty Images.

Elizabeth Ann Macgregor, who recently stood down from Sydney’s Museum of Contemporary Art after 22 years, recalls ‘being yelled at’ by male politicians in new interview.

One of Australia’s most influential figures in the visual arts has broken her silence on the bullying and sexism she experienced at the helm of one of the country’s leading cultural institutions.

Elizabeth Ann Macgregor, who earlier this year was appointed Member of the Order of Australia for “significant service to museums and galleries”, stepped down as director of Sydney’s Museum of Contemporary Art (MCA) last October, after 22 years in the role.

In parting interviews, the Scottish art historian and curator was diplomatic when recounting the challenges she experienced over two decades at the MCA.

Under her leadership, the gallery transformed from a costly institution that recorded just 100,000 visitors a year into a trail-blazing cultural attraction with more than one million people walking through its doors each year.

However, in a podcast interview released on Thursday, Macgregor detailed for the first time the hostility she encountered at all levels of politics after moving to Australia.

“I’ll be quite honest … it was the misogyny,” Macgregor said on the latest episode of the Blenheim Partners’ No Limitations podcast, when asked by interviewer Gregory Robinson what she found most challenging during her early days in Australia.

“And [at the time] I didn’t realise it … because I hadn’t really encountered it before.”

Macgregor said she was “yelled at … many, many times” by men working at all levels of government during her career, saying “it was quite unpleasant to be quite frank”.

“Anyone who’s dealt with certain levels of political discourse will have dealt with this, whether it’s at federal or state level or indeed, at a council level,” she said.

“It’s just a modus operandi for politics in this country, and maybe politics everywhere, though I’ve never found it quite as vicious as I found it here.”

Macgregor did not name names during the discussion.

There were well-documented public clashes during her career, such as with former Sydney lord mayor Frank Sartor – who had wanted to turn the imposing monolithic harbour-side gallery into an exclusive hotel, and with former Art Gallery of NSW director Edmund Capon – who wanted to annex the MCA to his own institution. Macgregor said Sartor was “well intentioned” and that they eventually became “very good friends and colleagues”. She did not suggest either Sartor or Capon were misogynistic or bullying toward her.

Macgregor said she was forced to fight on multiple fronts against politicians who wanted to protect others’ real estate ambitions.

“There were all these people that were wanting different deals because the museum was in this incredible position … the politics was brutal, I have to say,” she said. “But once we were established I took great pleasure in proving them wrong.

“A few people said to me, ‘why don’t you just get on a plane and leave?’ But I didn’t, because there was such great support … I just had to keep the faith that we could get through it and not lose. That wasn’t even confidence. It was just sheer bravado.”

Macgregor, who has previously promised to write a tell-all book about her time in Australia, said in the interview that “Sydney being what it is”, it took her a while to realise that she was “wasting a lot of time” listening to men with bad ideas, having to tell them “that things had already been tried and you know, were not so good”.