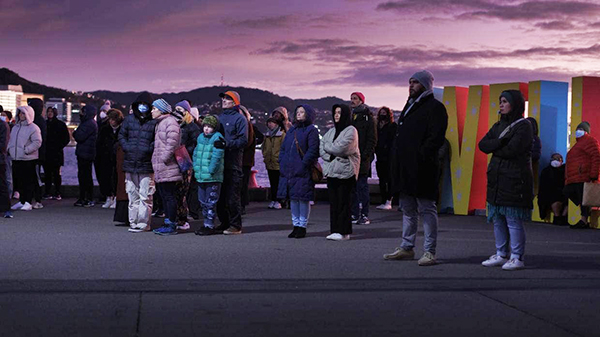 Pairs of feet dangled from the jetties around the country’s national museum, while others congregated around a big screen to watch the live broadcast of Matariki celebrations taking place on a deck above.

Māori academic Sir Pou Temara described Matariki as a time to honour our ancestors, to look to the future and “dream about a brighter tomorrow for all of us who call this country home”.

Ancient karakia were uttered, as steam from freshly dug kūmara danced its way into the heavens – the Matariki star cluster sitting atop a black sky cloak enveloped the Pōneke shoreline as dawn broke.

Those who braved the near-zero temperatures were justly rewarded, as the still, clear night sky made way for a spectacular sunrise befitting such an important juncture in New Zealand’s cultural history.

Dr Jeremy Tātere MacLeod​ (Ngāti Kahungunu), 35, was among a group which performed karakia or incantations at Friday morning’s hautapu ceremony where the steam from cooked kai would nourish the atua (gods) and offered thanks to Matariki for the harvests of the past year.

With his baby son Mahikai watching below, MacLeod snatched moments during the ceremony to remember family members who had gone before him, including his parents whom he lost at a young age.

Tears welled up in MacLeod’s eyes as he reflected on a “very moving” day. 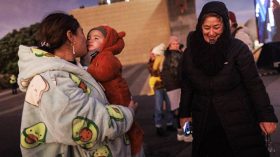 “It was one of those emotional moments as a father, knowing that our children are here watching, and learning and listening, and they’ll remember this day … I’d like to think that they would be somewhat proud that their pāpā was one of the ones up there,” MacLeod said.

Prime Minister Jacinda Ardern recognised Matariki’s significance as a time to “reflect, to think of those we have lost, and to prepare and share a sense of hope and optimism for the future” during a speech following the hautapu ceremony. 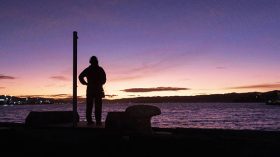 The historic milestone had been “keenly embraced” by all New Zealanders, Ardern said.

“Many of us did not grow up with, or learn the traditions of Matariki. But we now have that chance. A chance to see our children learn more about this period, a chance to learn from them, and a chance to create our own Matariki moments.”

Māori academic Sir Pou Temara, considered an authority on whakapapa and karakia, said the decision to weave the principles of Matariki into New Zealand’s culture reflected “who we are as a people”. 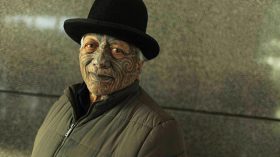 Speaking after Friday’s hautapu ceremony in Te-Whanganui-a-Tara, Tūhoe kaumātua Tame Iti said offering respect to the universe was an “intricate part of our being”. ROBERT KITCHIN/STUFF

“These individual moments in time are embroidered in the tapestry of our history, and tell the story of who we are and where we are from. Often we examine these moments and explore the cross-stitchings of our past to help express who we are today and who we hope to be tomorrow,” Sir Pou said.

Tūhoe kaumātua Tame Iti has been a proponent of Matariki for decades, and told Stuff to finally see it gain public recognition was incredibly special.