You are here: Home » Articles filed under: 'News' » Article: 'How do we get believers in pseudoscience'

How do we get believers in pseudoscience

July 8th, 2022 | Browse other: News. | Tagged with: How Do We Get People Who Believe in Pseudoscience to Trust Science? | 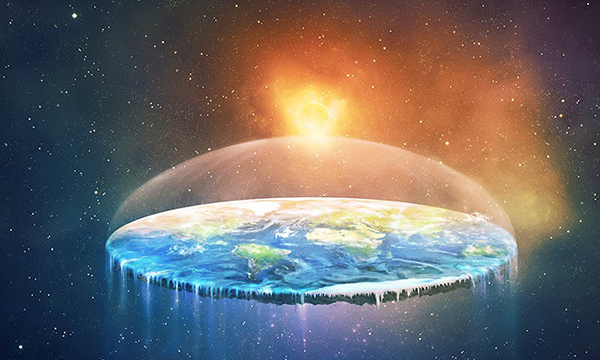 Kevin Berger, How Do We Get People Who Believe in Pseudoscience to Trust Science?, Nautilus, 22 June 2022

It’s time to ask a scientist. One question for Lee McIntyre, research fellow at the Center for Philosophy and History of Science at Boston University. McIntyre is the author of The Scientific Attitude: Defending Science from Denial, Fraud, and Pseudoscience, and How to Talk to a Science Denier.

How do we get people who believe in pseudoscience to trust science?

We shouldn’t be dismissive of people who believe in pseudoscience. In many cases they’re victims who have fallen for disinformation that’s been put forward by someone else, often people who stand to profit in some way. Most people don’t consider themselves to be anti-science or science-deniers. They’ll say things like, “I did my own research.” They consider themselves to be picking up on something that has been tested and shown.

Maybe you’ve got a yoga instructor who teaches you about wellness and stress. That’s terrific. Maybe they really helped you. But one day they start to voice anti-vax opinions, and so you take that seriously as well. And then you “do your own research” on the internet, and you find all these people who are worried about it. Then maybe you go to your doctor and mention it, and the doctor says, “I’m surprised at you. How could a thinking person take that seriously? It’s ridiculous.” Then your ego is hurt. At that point, watch a few more YouTube videos, go to an anti-vax convention, and you’ve got an anti-vaxxer on your hands. That’s why it’s important for people who believe in good peer-reviewed science to treat science deniers with respect, because you don’t want to push them down that rabbit hole.

The appropriate pushback to people who have “done their own research” is to say, “Wonderful, we’re talking about data here. You think you’ve got evidence which shows that this is the case? Let’s take a look at that.” You know what you’re going to find. This is not a peer-reviewed study, it’s been debunked, and 99.9 percent of the profession is on the other side. It’s a case of them trusting the wrong people.

One tactic I’ve used is to say, “It sounds like you believe in science. You hold your beliefs based on the evidence.” Invariably they say yes. “Then answer a question: What evidence, if it existed, would convince you that you were wrong?” See what they say. If they can’t answer that, the next step is to point out they’re not reasoning like a scientist. Scientists base their beliefs on evidence. If we recreated the experiment on which their beliefs were formed, and couldn’t get the experiment to work, wouldn’t that convince them they were wrong?

Ego is very strong. You can’t convince somebody against their will. You can say the sky is blue and if they don’t like you they’re going to say, “No it’s not, it’s an optical illusion.” It’s a hard conversation because you’re talking to people whose knowledge base is slight compared to scientists. It’s like having an argument in the aisle of the plane over who should be flying it, the pilot or the guy in 37J. It’s ridiculous. But the reality is that if you take seriously the idea that science deniers are victims and they’ve trusted the wrong people, then you can begin to undo some of that disinformation.

The same goes for scientists. When they go in there and say, “We know everything, we’re scientists, trust us, your knowledge is a fly spec compared to ours,” that’s just not going to work. The most effective way for scientists to enter into this is to say we don’t know everything, but here’s what we do know, and here’s why we know it. Here are the experiments that we’ve done. Here are the questions that we’re still asking. Here’s the work that we’re still doing to try to nail down these remaining points. Expressing that kind of humility and embracing the uncertainty helps build trust rather than destroy it. It’s only when you can get the person to listen to you that they’ll listen to your information. If people can dig themselves into pseudoscience, they can dig themselves out.

Kevin Berger is the editor of Nautilus.