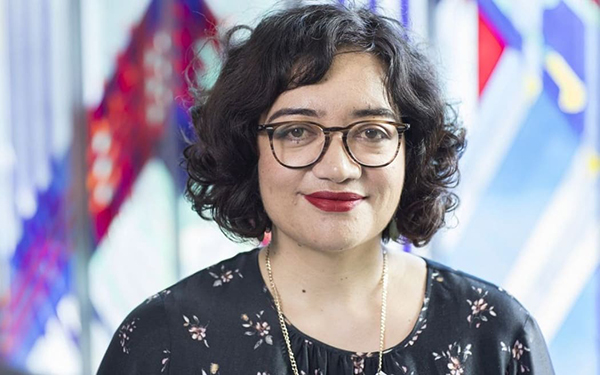 The International Council of Museums (ICOM) Costume Committee has apologised for its guidelines around wearing historical items from museum collections – prompted by a renowned Māori curator and Te Papa executive member.

It follows reality TV star Kim Kardashian’s appearance at the Met Gala in a dress famously worn by Marilyn Monroe while singing Happy Birthday to President John F. Kennedy in 1962.

It sparked outrage online – with many arguing it should stay in a museum and not be used.

It prompted the ICOM’s Costume Committee to release a statement condemning it. “Historic garments should not be worn by anybody, public or private figures.

“Although the dress belongs to a private collection, the heritage must be understood as belonging to humanity, regardless of which institution has custody of the property. As museum professionals, we strongly recommend all museums to avoid lending historic garments to be worn, as they are artifacts of the material culture of its time, and they must be kept preserved for future generations,” the statement said.

ICOM was created in 1946 and is a worldwide organisation which represents museums and museum professionals.

It generated much debate – one that Te Papa’s director audience and insight, Puawai Cairns, weighed in on online labelling it an extremely Eurocentric view describing it as “the narrow promotion of the Euro Museum world”.

“I get it about wearing Marilyn’s dress which is viewed as a frivolous exercise but a big blanket hardline dictate that no historical textiles should be worn is not the correct response, in my view.

“Conservation practices are becoming more responsive to community and descendants. This whole debate feels like it is pushing moves around making museum collections more accessible to communities back around 10 years. Some textiles in museums should be worn if they are of use in ritual ceremonies or continuing the connections between object and kin. Conservation is increasingly about becoming the bridge to enable that to happen, not the block. Good Ol’ ICOM. Only thinking of its own eurocentric cultural bubble. Again,” Cairns posted.

That post and others like it on her other platforms had positive, and negative and in some cases racist feedback.

But what happened a few days after that surprised Cairns – ICOM took to Twitter and apologised for the statement being too Eurocentric and acknowledged there was no mention of the importance of different cultures connecting back to objects of significance.

“With the statement we wanted to address the Met Gala scenario and similar situations where a collection might be pressured to allow someone unconnected with the object to wear it. We understand however that our statement overlooked the importance of Indigenous communities being able to connect with and wear museum objects from their community.” 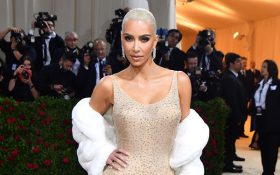 US socialite Kim Kardashian arrives for the 2022 Met Gala at the Metropolitan Museum of Art on 2 May 2022, in New York. Photo: AFP.

Puawai Cairns – who has had extensive expertise in the sector – was shocked.

“I didn’t get a great sense that anybody was listening to me… I honestly thought I was shaking my fist at the clouds, because this isn’t a new debate. The perspective I was sharing online is what a lot of kaimahi Māori, a lot of kaimahi indigenous and increasingly non Māori, non indigenous people, our colleagues are starting to believe this as well around enabling interaction and not disable it.”

She said the impetus was to shine light on the difficulties Māori especially, and many other communities in the world where their taonga are locked up in museums, have to face when wanting to interact with their taonga.

“Our expression of aroha for our taonga is normally based on touch, on hongi, being around them, sitting around them like kakahu, like our cloaks, our whakairo. These tangible expressions of our culture are created to live with the people. Museums of course we want to hold on to these things so that other generations are able to enjoy them but sometimes holding on to something and capturing it and preserving it away from touch or away from interaction means that you stop literal culture life, you stop the culture life of the object with its people,” Cairns said.

Although Cairns commended ICOM for its apology, she said there would be many eyes on them to ensure they stay true to their apology and make those changes.

“There are a lot of us that want to help them change because it’s in our favour, that a big group like ICOM is working for us, and not in spite of us, or around us.

“There are voices to be heard, ethics to be noted, principles to be taken down and absorbed, that can inform the global museum sector, how it can act in a more humane, more people-centered way that acknowledges that there is more to being a museum than trapping something in time.”

So far Twitter is the only platform ICOM has responded on and it has not issued an apology on its official website.

RNZ has approached the International Council of Museums Costume Committee for comment.