You are here: Home » Articles filed under: 'News' » Article: 'ICOM to discuss museum governance in Prague' 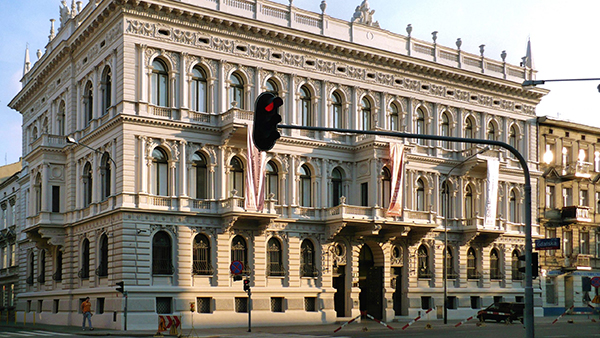 In May, the sudden dismissal of the director of Muzeum Sztuki in Łódź, Poland, was condemned by the international museum community. Wikmedia Commons.

Museum governance in central and south-east Europe is being subject to growing levels of political interference, a new report has found.

The report surveyed museum directors across central and south-east Europe, where public cultural institutions are generally governed via direct control through the ministerial system rather than as arm’s length bodies.

Many respondents said they considered “governance to be synonymous with politics or privileges for politicians”.

The report said: “Once politicians recognised the potential power of museums within communities, this revealed opportunities for politicians to monitor and control the museums’ message.”

The research found that advances in governance standards in recent decades now appear in some cases to be “breaking down”.

The report said: “Qualified directors are fired overnight on unclear grounds. Positions are left vacant. New nominations remain uncontested; procedures are abolished; criterion fades away. The epoch in which professionalisation was an effective catchphrase seems to be over.”

History museums in particular are seen by politicians as a potential tool “to confirm their version of history and therefore as a means to influence cultural and international policy”, the report said.

Respondents said that political interference rarely produces a positive outcome, as the respective agendas of politicians and institutions are often in conflict – although some felt that politicians could be supportive and enabling.

“The international community should think carefully about how to respond to these issues,” said the report. It recommended developing an explicit cultural governance code, backed by an internationally recognised badge of compliance.

However it warned that the “international community needs to avoid allowing for politicians to use codes of conduct to reinforce their control”.

The findings are due to be discussed at the International Council of Museums’ international symposium in Prague this August.

Political meddling in museums has been a feature of hardline nationalist governments in countries such as Poland, Hungary and Turkey.

In May, the international museum community united to condemn the sudden dismissal of Jarosław Suchan from his position as the director of the Muzeum Sztuki in Łódź, Poland. It followed the departure of several other museum leaders in the country, including the directors of Zachęta National Gallery of Art, the National Museum, Warsaw. In 2017, the Polish government dismissed the director of the new Second World War Museum in Gdansk and demanded changes and additions to its exhibition content, leading to a court case.

In the UK, concerns were raised last year about political interference after then-culture secretary Oliver Dowden – who resigned today as Conservative Party chairman – warned that museums would be expected to comply with the government’s “retain and explain” policy on contested heritage or risk losing their funding.

The government has also been accused of breaching impartiality guidelines by placing senior figures with links to the Conservatives on the boards of national institutions such as the British Museum, the Science Museum Group and the Victoria & Albert Museum in London.