May 26th, 2022 | Browse other: News. | Tagged with: implementing Uluru Statement from the Heart, Labor pledges to get creative industries ‘back on track quickly’ as it announces arts policy | 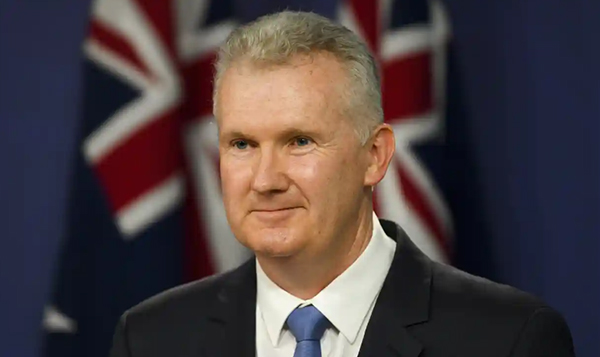 Kelly Burke, Labor pledges to get creative industries ‘back on track quickly’ as it announces arts policy, The Guardian, 16 May 2022

Labor has pledged more transparent funding to arts and cultural institutions, an examination of a national insurance scheme to protect the live performance sector from further shutdowns, and a plan to boost Australian content on multinational streamers, as part of the party’s detailed arts and culture policy.

Labor’s arts spokesperson, Tony Burke, also promised a Labor government would put First Nations art and culture at the forefront of its policies, and, in a symbolic gesture, restore the word “arts” as part of a named government department, if the ALP wins the 21 May election.

As he launched the policy in Melbourne on Monday night, Burke conceded it was light on spending announcements “designed to get me through the week”.

Instead, Labor outlined what its cultural priorities would be to get the sector “back on track quickly” after the devastation caused by Covid-19 lockdowns and event cancellations, and said the party would tailor funding decisions to that cultural policy.

“If we win this Saturday, Australia will have cultural policy reviewed, revived and relaunched this year,” Burke promised.

According to data from the industry body Live Performance Australia, Covid lockdowns, venue closures and social distancing rules drained an estimated $1.4bn from the national live entertainment industry in 2020 alone.

Up until the pandemic hit, Australian arts and culture had contributed about $15bn to the economy annually.

The final report from a recent parliamentary inquiry into the creative industries made arts policy its first recommendation, encouraging the government to “develop a national cultural plan”. 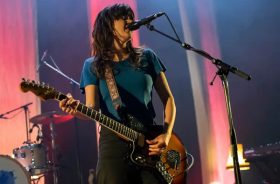 But the Coalition’s arts minister, Paul Fletcher, dismissed Labor’s policy announcement as “just a plan for a plan” and said it was conspicuous in its lack of any specific dollar commitment.

“What on earth have they been doing during nine years in opposition?” Fletcher said in a statement.

“By contrast, the Morrison government has invested $1bn in the arts and creative sector in the current financial year – the largest investment ever by any commonwealth government, Labor or Coalition.”

A significant proportion of that $1bn is one-off Covid-19 emergency funding to keep arts and cultural institutions afloat after the financial devastation of the past two years.

In his March 2022 budget, the treasurer Josh Frydenberg confirmed the next $20m tranche of the Restart Investment to Sustain and Expand (Rise) fund to salve the scars of Covid would be the arts sector’s last, bringing the total rescue package to just over $300m, once the arts sustainability fund is also taken into account.

According to the budget’s forwards estimates, the nation’s peak arts funding body, the Australia Council, will over the next four years receive a boost of about $3m, which is a 1.5% increase – significantly less than the current inflation rate.

Earlier this month the Greens released a series of Covid recovery arts policies, based on the prospect of holding the balance of power in a minority Labor government.

One of those policies was to extend the Rise scheme, which, under the Coalition, will cease in 12 months.

The Greens leader, Adam Bandt, and the party’s arts spokesperson, Sarah Hanson-Young, promised to bring to the negotiating table a national live performance insurance guarantee similar to the one Labor now says it is considering.

Bandt said the Greens would push a Labor government to demand global streaming services such as Netflix, Amazon Prime and Disney to invest 20% of money earned from Australian subscribers to be spent on Australian content.

The last time a major political party launched anything approaching an arts and cultural policy during an election campaign was in 2010, by Labor’s Julia Gillard, who promised $10m for the Australia Council to invest in up to 150 new artistic works, presentations and fellowships.

Within two years, the Australia Council’s budget was slashed by $105m, (the extricated funds were diverted to the office of the arts minister George Brandis, to be disbursed at his discretion), Screen Australia’s budget had been reduced three times in 18 months to help pay for a $47.2m lure to Hollywood to bring the production of Thor and Alien films to Australia, the Book Council of Australia had been scrapped, and a further $52.5m had been cut from the Communications and the Arts portfolio.

By mid-2016, grants to individual artists and projects had shrunk by 70% over just three years.

“And within six minutes of the Liberals and Nationals winning it was gone.

“The sector has been through its hardest time ever. We don’t have six years. So instead of starting with a blank page a Labor government will use Creative Australia as the starting document and immediately work with you to update it.”

This article was updated on 16 May. An earlier version incorrectly stated the Labor policy was launched by Anthony Albanese.