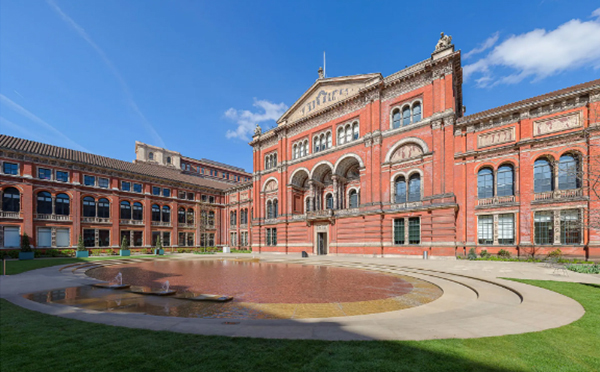 On the day (19 July) temperatures reached a record high in the UK, topping 40C, the British Museum and the Victoria and Albert Museum (V&A) in London closed a number of galleries. The move comes after the staff union Public & Commercial Services (PCS) called on both institutions to adopt appropriate safety measures.

According to the advocacy group the UK Museums Association, PCS raised ongoing concerns with the British Museum regarding poor indoor air quality in the extreme heat, highlighting staff safety issues. Asked if the museum closed early following pressure from the union, a spokesperson for the British Museum says that due to the Red National severe weather warning, the museum closed at 15.00 on 18 and 19 July.

She adds: “During opening hours, we also temporarily closed some of the upper levels of the museum to ensure the comfort and safety of staff and visitors. The museum remained open and also accessible online. We continue to monitor the situation and measures we have in place and will take any further actions necessary. The galleries available for viewing this week may be subject to change.”

The list of available and closed galleries can be found on the British Museum website and is regularly updated; at present 46 galleries are listed as being closed at different times from 2022 to 2023. Galleries may be closed for maintenance, refurbishment or private events.

According to the online news outlet Novara Media, Nick Marro, the co-secretary of the PCS Victoria & Albert Museum branch, “negotiated the distribution of fans and cold water for front-of-house staff, the relaxation of uniform guidelines, and the closure of galleries that reach 30C or above”.

There were some gallery closures at the V&A but most areas remained open including the British Galleries on level one; a spokesperson did not respond to a request for further comment at the time of writing. All four Tate galleries, including Tate Modern, and the Royal Academy of Arts in London did not cut opening hours earlier this week.