May 20th, 2022 | Browse other: News. | Tagged with: Museum and Art Gallery of the Northern Territory, New Director for MAGNT | 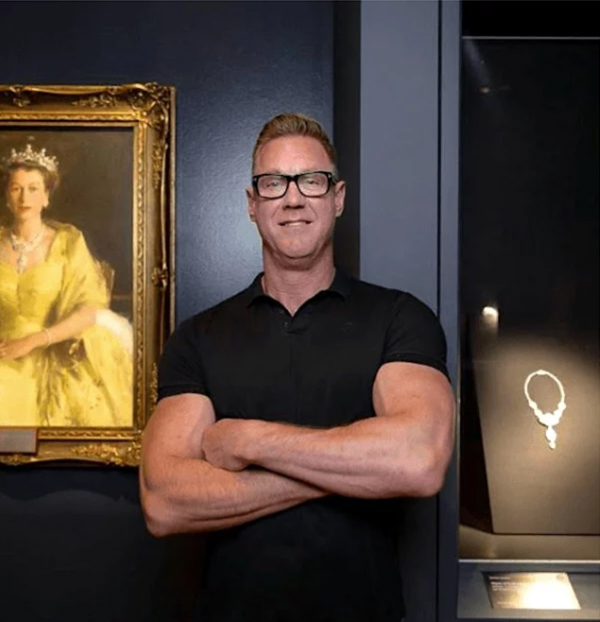 The Museum and Art Gallery of the Northern Territory (MAGNT) has announced the appointment of Adam Worrall as its new Director to replace Marcus Schutenko.

Adam is currently the Managing Director of Australian Art Exhibitions. Prior to that he was Assistant Director, Exhibitions and Collections at the National Gallery of Australia (NGA), an institution that he served for 17 years. As a senior executive there, Adam led the management and care of the nation’s largest visual arts collection, with over 154,000 works, valued at over $6 billion; and has delivered many hundreds of exhibitions in his career.

Many of these exhibitions seem to have involved the commercial Australian Art Exhibitions, where Adam started working in 1999. Included in AAEs CV are ‘Australia : The Exhibition‘ which made a fairly controversial impact at the Royal Academy in London; ‘Indigenous Australia‘, which was a promotional exhibition for Berlin and New Delhi; the National Gallery’s Indigenous Triennial on tour; and fashion imports such as Vivienne Westwood and Cartier.

The Chair of MAGNT, Clare Martin AO believes Adam’s experience will be invaluable in delivering recommendations for the master plan of the NT’s new art gallery in State Square and both MAGNT’s opening program there as well as plans for its future at Bullocky Point. “I congratulate Mr Worrall on his appointment as Director of MAGNT and look forward to his contributions to the ongoing evolution of this institution,” she said.

Construction of the State Square Art Gallery is expected to be complete in late-2023.

Adam brings to MAGNT over 30 years of experience working in senior roles across the museum and art gallery sector in Australia, including positions at the Western Australian Museum and the National Gallery of Victoria. Adam has championed our First Nations and Australian artists, art, and culture to the world through significant international partnerships and his program of exhibitions and collection displays has delivered growth in NGA visitor numbers and allowed the NGA’s collection to be loaned extensively.

Adam is also responsible for many of Australia’s much-loved and most remembered blockbusters, including the record-breaking ‘Masterpieces from Paris’ and the ‘James Turrell Retrospective‘. Adam played a major role in the NGA’s 2010 building extension and has overseen Australia’s most extensive program of travelling exhibitions to remote, regional, and metropolitan venues across Australia, visited by over 8.7million people.

Adam said, “I am honoured to join MAGNT at this important stage of the Museum’s growth and look forward to delivering great outcomes for the Territory and its national and international visitors”.

Adam succeeds Marcus Schutenko, who has served as Director of MAGNT for seven years, a time of significant growth and development at MAGNT. Mr Worrall will commence in the role in July, just in time for MAGNT’s biggest show, the annual Telstra NATSIAAs.

BTW, also in the NT, it’s worth noting that the ALP has promised $80m to support the proposed National Aboriginal Art Gallery in Alice Springs/Mparntwe. I’ve not heard of any Coalition money for that project.