Dr Mathew Trinca AM is the Director of the National Museum of Australia. His initial term of appointment commenced on 17 February 2014 and was subsequently extended for a further five year period until 17 February 2024.

Mathew first joined the National Museum as a senior curator in 2003, after working as a history curator and manager of the MuseumLink program at the Western Australian Museum in Perth. He previously worked as a consultant for public history projects including conservation plans, exhibition developments and short documentary films.

From 2006 Mathew was the Museum’s Assistant Director, Collections, Content and Exhibitions, with responsibility for collections acquisition, management and preservation, redevelopment of permanent galleries, temporary and travelling exhibitions, and curatorial and research activities.

Mathew has a PhD in history from the University of Sydney and is also a graduate of the University of Western Australia. He has research interests in the social and cultural relationships between Britain and Australia, and in museological theory and practice. He has published papers on the history of Australian travel to London, on museums and their meaning, and has co-edited two books, Country: Visions of Land and People in Western Australia and Under Suspicion: Citizenship and Internment in Australia during World War II.

Mathew is also Chair of International Council of Museums (ICOM) Australia, and Co-Chair of the Australia Singapore Arts Group, which aims to enhance cultural relations between the two countries through promotion of sustainable artistic and cultural activities. 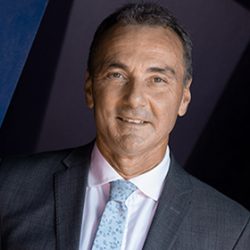