With a diverse career in the cultural sector including strong digital leadership, Johnston is well-known as an arts commentator and holds a number of governance and advisory roles in the arts. She is the current Chair of umbrella group Museums Aotearoa.

Courtney Johnston took up the role of Tumu Whakarae | Chief Executive in December 2019.

Courtney has lived and worked in Wellington since 2000. She holds a Masters in Art History from Victoria University of Wellington, and was the 2015 recipient of a Winston Churchill Memorial Trust Scholarship to research contemporary museum practice in the United States.

Courtney brings a wealth of experience to the role, spanning museums, digital development, and governance. While completing a Masters in Art History at Victoria University of Wellington, Courtney worked at numerous Wellington art galleries and museums as a visitor host, including at Te Papa just after its opening. She went on to roles at City Gallery Wellington, National Library of New Zealand, and as general manager at web agency Boost New Media. From 2012 to 2018, Courtney was Director of The Dowse Art Museum and Petone Settlers Museum Te Whare Whaakaro o Pito-one.

In September 2018 Courtney re-joined Te Papa as Director Audience and Insight, leading the teams responsible for the museum’s audience-facing work, across physical and digital channels, including oversight of the museum’s exhibitions, public events and digital outreach, alongside audience research, marketing and communications, and Te Papa’s learning programmes.

Courtney is a trustee of Arts Wellington, the Wellington Performing Arts Trust and The Pantograph Punch. She was the visual arts commentator for RNZ’s Nine to Noon programme from 2010 to 2019. She is a past chair of Museums Aotearoa and has also held a range of governance and advisory roles with the National Digital Forum, Tohatoha (Creative Commons Aotearoa New Zealand), Inland Revenue, and MBIE.

As Kaihautū, Arapata shares the strategic leadership of Te Papa. He provides bicultural leadership, guidance, and support, as well as further developing relationships with iwi.

His leadership encompasses the Iwi Relationship Programme, the Karanga Aotearoa Repatriation Programme, iwi in residence, and the Rongomaraeroa marae. His position and area of responsibility help to affirm the bicultural foundation of Te Papa and its significance within the museum sector and New Zealand.

Arapata brings more than 20 years of museum sector experience to this role. He was employed by the National Museum and Australian Museum in 1989 as a trainee exhibition curator for the Toi Māori exhibition. His responsibilities and roles progressed to Curator Māori Collections, Exhibition Concept Developer, and then Manager for Bicultural Operations in 2000.

During his time as Director Mātauranga Māori in 2003–8 (and Acting Kaihautū from 2007–8), he guided the direction of research into the Māori collections and the associated policies and practices surrounding Taonga Māori.

Arapata has been involved in the repatriation of Māori and Moriori kōiwi tangata over many years including from the Australian Museum, Sydney, Field Museum, Chicago, Glasgow University, Edinburgh University, the Royal Scottish Museums and many other museums in the United Kingdom.

He is currently leading a world-wide research project to identify and create a global digital database of Taonga Māori and Moriori in museums and galleries. The aim is to facilitate the ‘digital repatriation’ of these taonga.

His curatorial expertise, understanding of taonga, and ongoing contribution and commitment to Te Papa will be invaluable in leading the Museum towards achieving its Vision. 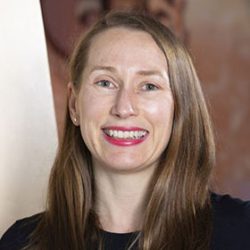