David Gaimster is an experienced museum director and academic with extensive knowledge in the museum and cultural heritage sectors. His career spans more than 25 years in senior roles in national museums, most recently as Director of The Hunterian, Scotland’s largest university museum service and the oldest museum in Scotland.

He has also worked in central government policy making on cultural property, and as the CEO of a national Learned Society and conservation charity.

He has organised several major exhibitions that have toured internationally, and has published extensively on medieval to early modern European archaeology and material culture, museology and on international cultural property policy. He also has experience leading major capital projects in London and Glasgow. 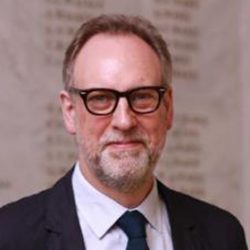