Adam Lindsay joined NSW State Archives and Records (SARA) in April 2017, becoming Executive Director in August 2018. From 1 July 2019, Adam also began leading Sydney Living Museums (SLM), now Museum of History NSW, as its Executive Director, signalling the start of a very exciting partnership, one that has enormous potential for both institutions. Two of the country’s leading history and heritage organisations working closely together creates limitless opportunities. The State Archives Collection and the 12 important sites, and associated collections, managed by SLM make up a formidable portfolio of assets, with which we can tell many stories and engage people across the state, the nation and the globe. In addition to his role as Executive Director, Adam will serve as a Director for the SLM Foundation.

Adam has over 14 years’ experience in senior leadership roles within government and cultural institutions. At SARA, Adam has accountability for a cultural asset comprising more than 14 million items, with a financial value of $1 billion and a cultural worth beyond measure. A key focus of his leadership has been to expand public engagement in a broad range of creative programming, exhibitions, activities and initiatives across NSW to increase access to the State Archives Collection.

Prior to joining SARA, Adam was the Assistant Director of Queensland Art Gallery | Gallery of Modern Art (QAGOMA). His major achievements included co-planning a program that attracted record attendance and featured one of 2017’s top 20 most attended exhibitions globally, securing significant increases to funding and overseeing the heritage listing of the Queensland Art Gallery building.

During his time with the Australian Department of Broadband Communications and Digital Economy, Adam successfully implemented digital television across Australia’s regional and remote communities. This was the first time these communities, Indigenous and non-Indigenous, had equitable access to television content available to Australians living in metro areas. 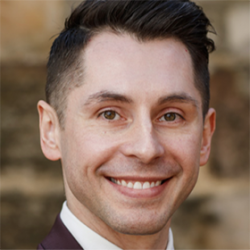