Australian Centre for the Moving Image

Katrina Sedgwick OAM has been the Director & CEO of ACMI since early 2015. Previously, she was the Head of Arts for ABC TV and ABC Arts online (2012–14) and founding Director/CEO of the biennial Adelaide Film Festival and founding director of the AFF Investment Fund (2002–11).

She has an extensive background as a performer, creative producer and festival director. She was a producer for the Adelaide Festival of Arts (1996, 1998 and 2000) and the artistic director of Come Out ‘99 and Adelaide Fringe (2002). She is currently on the Board of Back to Back Theatre, the Australian Film Television & Radio School and the Creative State Advisory Board. She was a member of the Creative Industries Taskforce and a former board member of Chunky Move, the Australian Children’s Television Foundation, Art Gallery of SA, and Chair of the South Australian Youth Arts Board. 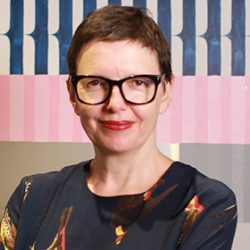