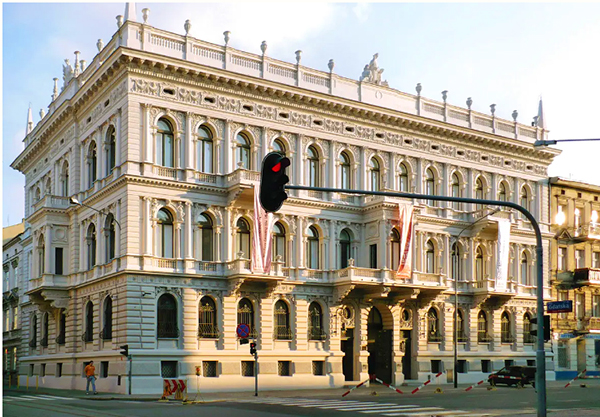 In April Jaroslaw Suchan was dismissed as director of Poland’s Muzeum Sztuki (above) without explanation. Mietek.

Leading museum organisations have collaborated to publish a new set of unifying guidelines on how museums can guard against political interference. The project’s findings detail worryingly high levels of state meddling in the governance of many museums, especially in central European countries. The report also found concerning standards of internal leadership. The findings—commissioned by the International Committee for Museums and Collections of Modern Art (Cimam) and the International Committee for Museum Management (Intercom)—will shape the agenda for a high-profile meeting at the International Council of Museums (Icom) conference in Prague this August.

The Museum Watch Governance Management Project was first announced in late May, prompted by the findings of a report commissioned by Cimam and Intercom, published in April. The report tracked “astonishing, nearly absurd” cases of political interference at some museums, the commissioners say, and outlines how some museums are poorly run.

“Good museum management is intertwined with effective governance,” says Goranka Horjan, the chair of Intercom and director of Zagreb’s Ethnographic Museum, in an interview. “The relation between internal and external stakeholders is crucial to accomplishing this goal.”

“Our approach starts with the identification of problems,” Horjan adds. “We then seek solutions with the aim of establishing a useful set of tools that can help museums’ working conditions and operational procedures by applying transparent and responsible governance based on professional excellence.” 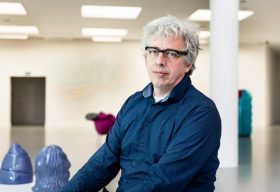 A European focus (for now)

While the ambition for lifting standards in governance is global, the Icom special grant, which supported the project, has initially focused on European regions. These were prioritised due to high levels of concerns and “a large base of common understanding and references,” Horjan says.

In central Europe we have recently seen a pattern of astonishing, sometimes nearly absurd, cases of primary interference of politics in museum governance

“In the countries we often call eastern Europe and south-east Europe—actually central Europe—we have recently seen a pattern of astonishing, sometimes nearly absurd, cases of primary interference of politics in museum governance, virtually annihilating the capacity of the institutions,” says Bart De Baere, chair of Cimam’s overarching Museum Watch programme and director of the Museum of Contemporary Art in Antwerp. “These interventions are often framed ideologically, but actually are often incidental to a degree that makes them almost aleatory [random].”

A recent example of interference included in the report is the dismissal in April of Jaroslaw Suchan as director of Muzeum Sztuki, in Łódź, Poland, with seemingly little explanation. Suchan’s abrupt dismissal prompted the directors of the Tate, Guggenheim and MoMA to take the unusual step of speaking out in his support. Richard Armstrong, the director of the Guggenheim, said Suchan’s dismissal, “indicate[s] the government’s wrong-headed move to reduce these museums to the status of ideological puppets”.

The authors of the report, Annick Schramme and Ian King, ran focus groups, surveys and interviews in order to determine the main challenges facing museums. Key findings include the confusion in terminology across organisations, decisions that curtail the autonomy of museums—be it legal, regional customs or informal relations—and the overarching challenge of navigating a relationship between politics and museums.

“There are paradoxes here,” De Baere notes. “There’s a tendency to think politicians should be excluded from governance. But there’s also the awareness that it is fundamentally important to have direct contact with those politicians, and preferable to be in a continuous discussion with them.” 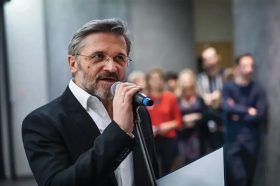 Jarosław Suchan, director of the Łódź museum since 2006, was sacked with no explanation
© MUZEUM SZTUKI W ŁODZI/Facebook

Such long-running tensions are colliding with a volatile cocktail of contemporary issues—including pandemics, conflict in Europe, digital revolutions, new financial ecosystems and the urgency of sustainability issues. This makes the argument for leadership and governance with sufficient autonomy all the more convincing, the commissioners say.

“Although museums are asked to practise and promote environmental sustainability, for example, they are lacking the proper support to make their operational activities more green and environment friendly,” Goranka says. Internal conflicts such as this are also highlighted in the report, although the authors are clear that political interference can in some cases be a positive thing, so long as they are aligned with shared objectives.

A priority for the project in these early stages is the consideration of a so-called governance code, or guiding tool-kit for decision makers, which could be used by museum directors working globally. Helping institutions strike a balance between “stakeholder impact and management on the one hand, and ethical approach and institutional integrity on the other” is a further key recommendation from the report.

This report is just one of a number of initiatives launched by the museum community as it tries to confront and tackle issues in directorship. Intercom and Icom recently won funding for a project that further defines the notion of leadership within museums, with a more pointed focus on the governance of institutions in countries across Latin America, as well as specific museums in Bosnia, India and Zambia.

Investigations by Cimam also continue, including the work of Călin Dan, the director of the National Museum of Contemporary Art in Bucharest, who is preparing a report which will further reflect on the problems in Eastern Europe that have been the focus of the research with Intercom. Victoria Noorthoorn, director of the Museo de Arte Moderno in Buenos Aires, is investigating the situation for museums in Venezuela. They will publish soon.