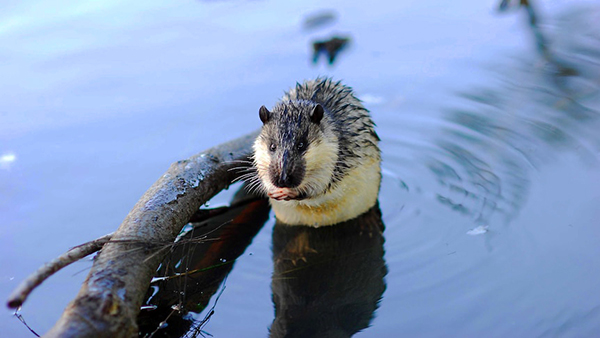 If you’re asked to name an Australian mammal, the word “rat” probably isn’t the first thing that springs to mind.

But around a quarter of all Australian mammals are rodents.

These are not the long-tailed, pointy-nosed black and brown rats associated with pestilence, which arrived with the First Fleet.

“I think native rodents can get a bit of a bad rap because a lot of them have the word ‘rat’ in their name,” said Emily Roycroft of the Australian National University.

From the mighty cane-toad-killing rakali to the smoky mouse, native rodents have come to occupy every nook and cranny of our landscape.

“There are more than 150 species in Australia and New Guinea that aren’t found anywhere else in the world,” Dr Roycroft said. 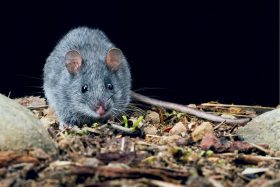 But very little was known about when the first ancestors of today’s native rodents arrived from Asia and how they evolved.

Now, a DNA study led by Dr Roycroft has found they first set foot on the continent around 5 million years ago.

Their family tree, published today in the journal Current Biology, is intimately tied to the geological transformation of Australia and New Guinea over time.

From Asia to Australia via New Guinea

Dr Roycroft and colleagues from Museums Victoria and the University of Melbourne mapped the DNA of more than 150 living and extinct species from Australia, New Guinea and the Melanesian Islands. 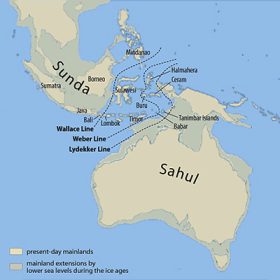 The landmasses of New Guinea and Australia were once connected in a supercontinent known as Sahul. (Wikimedia commons: Maximillian Dorrbecker)

The DNA showed the earliest ancestor of today’s species diverged from Asian species in the Philippines around 8.5 million years ago.

The lineage possibly started with a single pregnant rat that floated across the seas to New Guinea on driftwood.

“We know they arrived by water because Asia and New Guinea were never connected,” Dr Roycroft said.

Despite their reputation as island hoppers, the rodents stayed put in New Guinea for 3.5 million years.

This changed when the buckling of Earth’s tectonic plates created New Guinea’s mountain ranges and a land bridge to Australia, forming a prehistoric continent called Sahul.

The first rodent to appear in Australia 5 million years ago was the ancestor of the Pseudomys group, which includes the bulk of Australia’s living species today such as the smoky mouse (Pseudomys fumeus), hopping mice in the genus Notymus, and broad-toothed rat (Mastacomys fuscus). 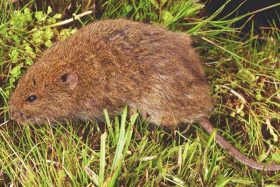 As sea levels fluctuated over 4 million years, at least four to five waves of native rats moved into Australia.

The rakali or native water rat — whose species name Hydromys chrysogaster refers to the golden fur on its belly — was one of the most recent colonists arriving about a million years ago.

It wasn’t a one-way ticket though. There were also movements of Australian species back to New Guinea and the islands between three and five times.

“This ‘faunal exchange’ has been really important in the evolutionary story of species in our region, and highlights the shared history of Australia and New Guinea over the past five million years,” Dr Roycroft said.

Native rats exploded across the landscape

“When they got to Australia, they encountered all these really unique habitats that were really different to what they would have experienced before,” Dr Roycroft said.

They quickly adapted to arid areas. The hopping mouse, for example, has the most efficient kidney of any mammal in the world to deal with low water conditions. 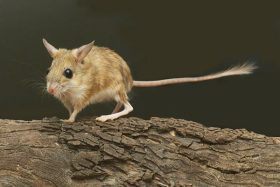 And they had very different diets and lifestyles to marsupials, said Peter Banks, an ecologist at the University of Sydney who was not involved in the study.

A big thing that set them apart was their incisor teeth, which continually grow and can chomp through just about anything.

“Marsupials didn’t have anything like that, so native rodents probably really didn’t face a lot of competition for the sorts of niches they were trying to explore,” Professor Banks said.

But the fortunes of native rodents changed after European settlement.

Losing species can destabilise an ecosystem

Today, 11 of the 60 species that were endemic to Australia have been lost.

“Native rats have suffered badly since Europeans have got here, largely because of land clearing, foxes and cats,” Professor Banks said.

The first species to be lost was probably the white-footed rabbit rat (Conilurus albipes) which lived in south-eastern Australia. 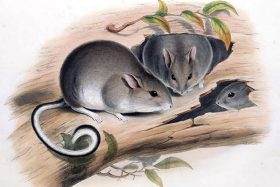 The white-footed rabbit rat (Conilurus albipes) was about the size of a kitten. It was last seen alive in the mid-1800s.(Wikimedia Commons: John Gould/The Mammals of Australia).

Most of the extinct species were ground-dwelling animals that lived in arid areas.

Dr Roycroft said Australian rodents have the highest rate of extinction of any mammal group.

“We’ve got this amazing diversity, but it’s being lost at a really high rate.”

She said information about the evolution and genetics of these animals was vital for their future.

“We can’t conserve and protect animals when we don’t know that they exist or we don’t quite know what makes them different from other species.” 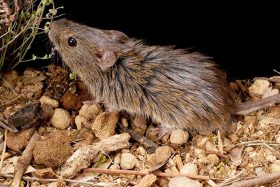 The heath mouse (Pseudomys shortridgei) was once thought to be extinct, but was rediscovered in the Grampians in the 1960s.(Supplied: David Paul/Museums Victoria).

Native rats are integral to the environment: not only do they help maintain soil and disperse seeds, but they are a vital part of the food chain for other native predators.

“If we lose even one native species, it can throw off the balance in an ecosystem,” Dr Roycroft said.

“If you’ve got a rat that’s already living there, occupying the same niche, it’s really hard for other ones to come in,” he said.

“Looking after the rodents we’ve got here is a good way to prevent future invasions being successful.”

How do you tell the difference?

While they may be called “rats” or “mice”, native rodents are more reclusive and look different to invasive species.

“A lot of native rodents are nocturnal, so you won’t ever see them out in the day,” Dr Roycroft said.

“If there’s a rodent in your house or around your property, then you’re pretty sure that it’s not going to be a native rodent.”

Many native rodents are much smaller than invasive species.

The smallest of these is the delicate mouse (Pseudomys delicatulus), which weighs just 8 grams.

And, if you are brave enough to pick one up, you’ll see they also have more nipples than native rodents.

Where an introduced rodent may have six pairs, which means they can have 12 babies, native rodents often have only two or three pairs.

“Native rats have adapted to lower resources in the Australian environment so they breed slower,” Professor Banks said.

“The new ones have still got the ‘live fast, die young’ strategy.”

There are three groups of rodents in Australia.

Older native rodents arrived from New Guinea between 5 and 1 million years ago. There are about 49 different species in four major groups: Pogonomys, Hydromys, Pseudomys, and Uromys.

Newer native rodents include eight species of Rattus, including bush rats (Rattus fuscipes). These arrived from Asia about 1 million years ago and live in coastal areas.

Pest rodents include the common brown rat (Rattus norvegicus), the black rat (Rattus rattus) and the house mouse (Mus musculus). These arrived on the First Fleet.