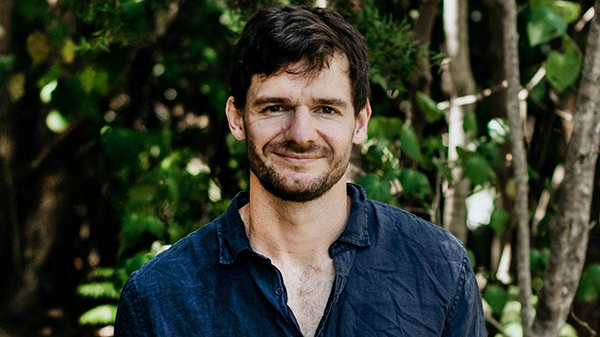 Harrison Christian on the best piece of writing advice he’s been given, Stuff, 14 August 2022

Journalist Harrison Christian’s latest book, Should we fall to ruin, tells the story of a remote garrison of Allied soldiers who stood up to the Japanese in New Guinea.

This is your second historical nonfiction book in as many years – what keeps you writing?

It’s a compulsion. I don’t know where it comes from, but it runs deeper than enjoyment. “Don’t ever bank on enjoying it,” my long-time mentor, Joe Bennett, told me once. “Be pleased to be writing. Be pleased to have written. Be delighted to be challenged to make something new and beautiful. Be thrilled every day that you don’t have to head out of the house to spend your time doing things you don’t want to for people you do not respect.” And I’m all of those things.

Why did the Pacific stories of WW2 appeal to you?

I wanted to know what it was like for Aussies and Kiwis: the sudden collapse of order and rise of a new, formidable power in the Pacific. No help was on the way from Britain or, in the beginning, the United States. Australia and New Zealand had to fend for themselves. I focussed on the New Guinea port of Rabaul, which is seldom mentioned in other war stories. It was the scene of the first fighting between Australian and Japanese troops, long before the Americans showed up.

The book follows a small Australian garrison in Rabaul, drawing from their diaries and letters – where did you come across the letters?

The Australian War Memorial had everything I needed to piece these characters together: diaries, letters, telegrams, photos. It was intimate stuff, and you do feel like you’re invading someone’s privacy, going through a hand-written letter, even if the person is long dead.

Sometimes just deciphering the handwriting was a challenge. These people were firing off a quick note on a scrap of paper just before the mail packet left, in the kind of scrawl that only their nearest and dearest could understand. I’d figure out how the writer did their j’s, and the whole letter would suddenly make a lot more sense. 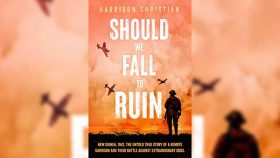 Should We Fall To Ruin, by Harrison Christian. Supplied.

Which character did you particularly find compelling?

Jack Burns was a young man from Melbourne who was captured by the Japanese. He spent the rest of the war in prison camps, watching the collapse of the Japanese Empire from the inside. He was treated brutally and nearly starved to death, but never lost his sense of humour. One thing that struck me in the diaries and letters was the resilience at work; the good humour, even cheerfulness, despite such brutal conditions.

What are you working on next?

I just got back from London, where I was poring through old papers like some mad litigant, and I think I have something.