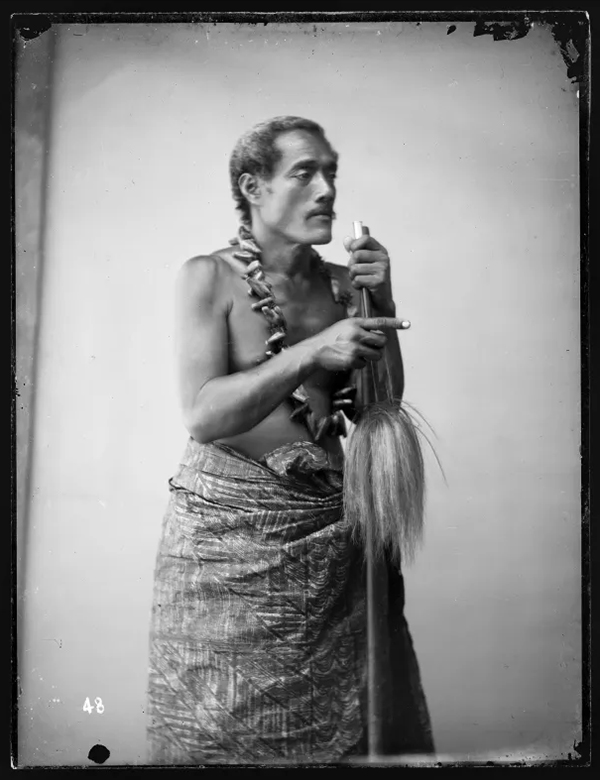 Lauaki Namulau‘ulu Mamoe (18??–1915) was a leading tulāfale (orator chief) from Safotulafai, the political centre of the Fa‘asaleleaga district on Savai‘i, Samoa. Lauaki was known throughout Samoa for “his mastery of history and legend, for his talents as a speaker and political negotiator, and for his prowess in war.” (Davidson 1970:267) Lauaki Namulau’ulu Mamoe, circa 1909, Sāmoa, by Thomas Andrew. Te Papa (C.001462).

The theme for Vaiaso o le Gagana Sāmoa – Sāmoan Language Week 2022 is Fa’aāuāu le Folauga i le Va‘a o Tautai – Continue the Voyage with Competent Wayfinders of the Ocean. In Sāmoan society, the tulāfale or orator has a wayfinding role. Through their lāuga (oratory) they represent the interests of ali‘i in any formal occasions or events. They are the mouthpiece of families, villages and districts and are influential in directing ceremonies, presentations and cultural protocols. Curator Pacific Histories and Cultures Sean Mallon looks at the material culture of the tulāfale – the tools and accessories of their trade.

Tulāfale are keepers and transmitters of cultural knowledge such as history and genealogies, but they are also wayfinders who negotiate the relationships between different parties. Through their work, they ensure the contexts for language and the art of speech making remain strong.

In Sāmoa, tulāfale usually present their lāuga (ceremonial speeches) in two main settings: either indoors within a fale (house) or outdoors on the malae (village green). There are different conventions for presentation and content in each context.

When the tulāfale appears, the fue (whisk) is the most distinctive accessory associated with their role. However, they only carry the fue when they are performing as an orator. In the 1920s, fue with short tassels are called a fue fale, made for use inside a fale (house), while those with long tassels were made for use outside, the fue malae. A tulāfale will often flick the fue over one or each of his shoulders before he commences his speech. He will rest it on one shoulder or the other, depending on the length of speech he will deliver. 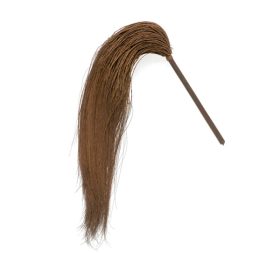 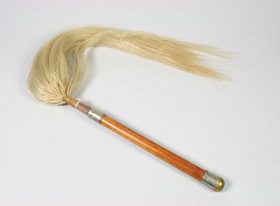 Today, most fue are made from long plaited strings of ‘afa (coconut sennit braid). However, there are older examples reserved for high ranking tulāfale featuring the use of horsehair tied to handles decorated with carved geometrical motifs or silver endcaps. The fue grasped by Namulau’ulu (pictured above) is made from horsehair with a silver endcap.

Tulāfale also wear a type of necklace called an ‘ulafala. In the context of oratory performances, ‘ulafala are important markers of social status. In other social and ceremonial situations, they can help identify a special guest or simply act as an attractive adornment. 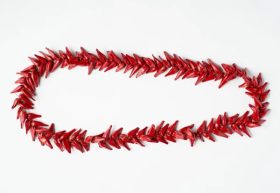 ‘Ulafala are made from segments of the pandanus fruit described by botantists as carpels, phalanges, or keys. The colour of the fruit spans a range from yellow through to orange and red when ripe. Red is a colour associated with high social status. This ‘ulafala has been painted bright red, making it difficult to miss at any ceremony or function.

Tulāfale also carry to‘oto‘o (long wooden staffs). Along with the fue and the ‘ulafala, they are symbols of their office. There are a number of conventions about how the to‘oto‘o is handled and its proper placement during speech making. For example, they will place the to‘oto‘o between their first and second toes symbolising and connecting themselves firmly to the fanua (land). Historically, the to‘oto‘o was generally very plain and undecorated in form but smoothed and polished in finish. It was usually made to stand not taller than the tulāfale. In recent decades, decorative carvings and wood staining have become a feature of their design. 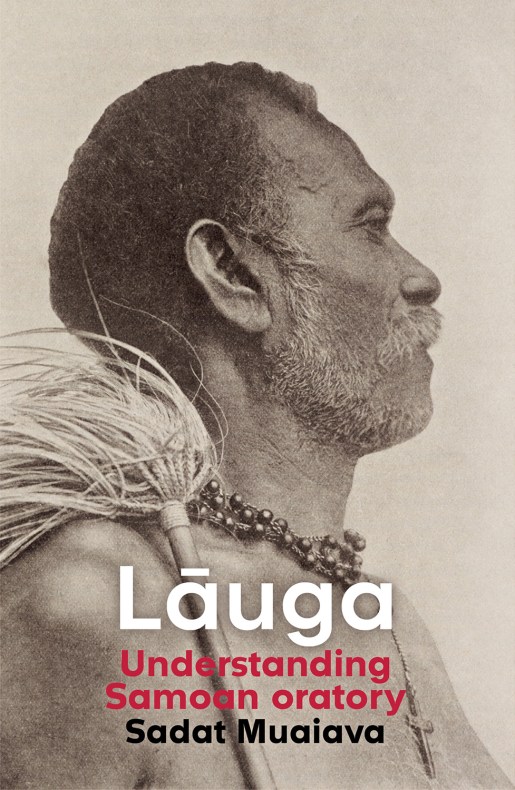 To learn more about lāuga and the role of the tulāfale in contemporary Samoan society, please see the forthcoming title from Te Papa Press: Lāuga: Understanding Samoan oratory by Dr Sadat Muaiava.