September 22nd, 2022 | Browse other: News. | Tagged with: artefacts to be returned to Aboriginal people by Otago museum, Australian Institute of Aboriginal and Torres Strait Islander Studies | 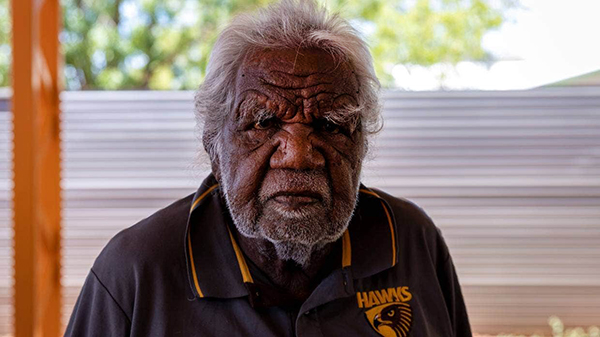 Michael Jones, a senior Warumungu man whose people the artefacts were taken more than a century ago, has welcomed the promise of their return. Supplied.

Boomerang and stone knives among artefacts to be returned to Aboriginal people by Otago museum a century after being taken, Stuff/Otago Reporter, 19 September 2022

Six cultural artefacts held in an Otago museum will be returned to their original Aboriginal people more than a century after they were taken.

The items included a kalpunta (boomerang), palya/kupija (adze) and a selection of marttan (stone knives), which are of Warumungu origin, from Indigenous Australians of the Northern Territory.

The items were collected in the late 19th or early 20th centuries, and were later acquired by Tūhura Otago Museum through exchanges with the Museum Victoria in 1923 and 1937.

Their planned return comes after negotiations between the museum, the Australian Institute of Aboriginal and Torres Strait Islander Studies (AIATSIS), and the Warumungu community of Tennant Creek.

Senior Warumungu man Michael Jones said: “Them old things they were carved by the old people who had the songs for it, too.

“I’m glad these things are returning back.

“The museums are respecting us, and they’ve been thinking about us. They weren’t the ones who took them, they just ended up there. We can still teach the young people now about these old things and our culture.”

The return comes after work by the AIATSIS’ return of cultural heritage team in identifying cultural materials held in collections outside Australia.

That led to an initial virtual meeting between the parties in September 2021, which led to the Otago museum’s trust board endorsing a return of the objects nine months later. 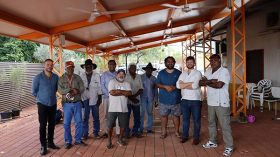 “Repatriations like these are critical for the transfer of knowledge and cultural maintenance and revitalisation for future generations,” said Linda Burney, Australia’s Minister for Indigenous Australians.

She praised Tūhura Otago Museum “for the good-faith return of these items – a move that recognises the importance of cultural heritage to identity”.

Since 1868, the museum has accumulated one of the finest and most diverse collections of taoka (treasures) in New Zealand.

“More than just material expressions of a culture, these taoka are also tangible links to the ancestors who made them, so they must be treated with the greatest of care and respect,” said Robert Morris, collections, research and education director.

He was looking forward to welcoming the Warumungu people to hand back the artefacts later this year.

Some of the returned objects will be displayed at the Nyinkka Nyunyu Art and Culture Centre in Tennant Creek.