You are here: Home » Articles filed under: 'News' » Article: 'Pain in the arts: Why it’s time for a'

Pain in the arts: Why it’s time for a

September 8th, 2022 | Browse other: News. | Tagged with: Museum of Australian Democracy, The stage is set for a ministry of culture in Australia | 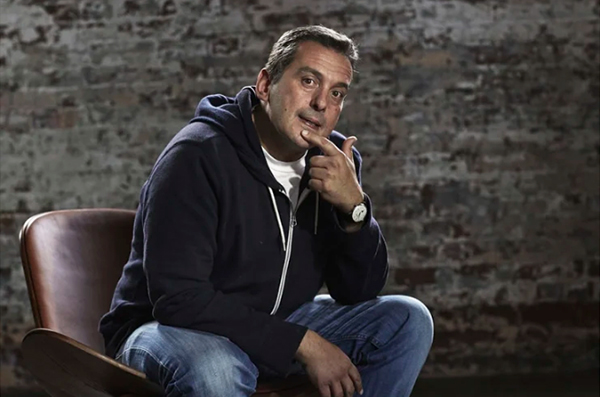 Julianne Schultz, The stage is set for a ministry of culture in Australia, The Age, 5 September 2022

A sign on the back of the door in the ladies’ bathroom at Old Parliament House sums up the neglect of Australia’s cultural institutions. It is a plea to help restore the government party room, in what is now the Museum of Australian Democracy. The party room, where the decisions that shaped the nation were debated, is an essential part of the national heritage, but its preservation is now in the hands of visitors with some money to spare.

It is one of the paradoxes of the past decade that Coalition governments failed to nurture and protect the institutions that are the keepers of the nation’s history and culture. They are by definition conservative institutions founded, in many cases, by conservative governments. But funding cuts, “efficiency dividends” and a lack of interest has left them struggling.

The clocks that once regulated the life of the parliament have stopped (at different times) at the democracy museum and the patina of underfunding is visible in the National Library, Archives and Gallery.

This neglect is in part a consequence of a failure to take culture seriously as a public good and a tendency to treat it as something to be fought over in a zero-sum game where, in the end, no one wins.

The Albanese government has appointed a seven-person expert advisory group to “provide overarching strategic advice” as it seeks to develop its new National Cultural Policy. As the hundreds of responses to the inquiry into the policy show, there are many people who care deeply about what has been lost, brimming with ideas about what needs to be done. But as the jobs summit last week demonstrated it is easy to overlook the hundreds of thousands of people employed, often precariously but with huge impact, in the cultural and creative economy.

Successful societies are built on four key pillars: strong institutions of government that ensure the rule of law; robust policies of land use and management; population policies to ensure people are educated, employed, and supported; and cultural policies that bind and stretch citizens to make sense of the nation.

Australia has been good at the first three but has often left the cultural to languish. This is now a danger. It has been shown time and again, that culture, made manifest through art, literature, music, performance, festivals and more, is the early warning device of social change, cohesion and adaptation. It is also the glue that binds us.

In most comparable countries there is a ministry of culture, often linked to education, media or heritage. A ministry designed to celebrate and expand the range and nature of belonging.

In Australia, the arts is a proxy for this bigger realm of culture. Artists whose original creative work should put them at its centre have felt marginalised and belittled. Over the past two decades the arts have been tacked onto other ministries – housed in departments of communications, environment, local government, sport, attorney-general and now employment.

As the consultation over the new National Cultural Policy develops, it is time to think about how giving culture a seat at the big table of policy may help build greater capacity and a more robust and inclusive sense of national identity.

Governments do not make culture, or even the cultural economy. At best, they can enable it through strategic and targeted interventions, by ensuring a regulatory framework that is appropriate, by compensating for market failure, by seeding innovation, by recognising that in this domain public value cannot be simply equated with commercial value.

Culture is not something that is the preserve of the Office for the Arts, or the Australia Council, or the state arts departments, important though they are. Creation and participation in culture is an important, if often invisible and under-resourced, element of almost every government department. Participation in culture, as a creator and consumer, is a human right. Australia is a signatory to international conventions that spell this out.

In a country like Australia, culture is complex and multifaceted.

As the Russians began invading Ukraine, Volodymyr Zelensky declared you cannot kill a culture. He was speaking as a leader who knew his history. The leader of a country that had seen empires come and go over millennia with a capital, Kyiv, older than Moscow.

Whether his bold prediction proves to be true remains to be seen. But the ancient Ukrainian spirit has been on display for months.

In Australia, we have an example of cultural resilience that suggests he may be correct. First Nations cultures, which we now celebrate in all the arts – and recognise as its own unique way of seeing, being and doing – has withstood two centuries of assault. From being considered an artefact of a dying race, First Nations culture is recognised and celebrated for itself and as something that is unique and central to Australia.

Beyond the marketing slogans and cliches of old, Australia is poised to develop, articulate, and celebrate a distinctive cultural uniqueness that draws on the strengths of the past to imagine the future. Taking it seriously as a public good that touches everyone is the first step.