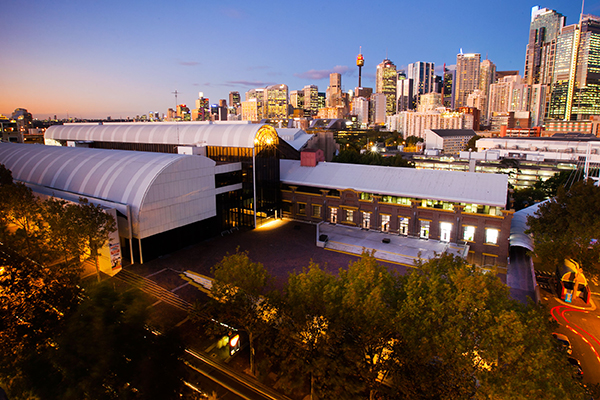 The Powerhouse Ultimo. The Design Competition is the next major step in it’s renewal. View video here.

The Design Competition is the next major step in the renewal of Powerhouse Ultimo. It is being led by Create NSW, Powerhouse and Infrastructure NSW alongside a jury of architecture and cultural industry experts chaired by Wendy Lewin, Commissioner, NSW Independent Planning Commission and Principal, Wendy Lewin Architects. A Design Competition Advisor, CityLab is engaged to provide advice throughout the process.

Following an assessment by the Competition Jury, five design teams were shortlisted and invited to participate in the Design Competition, which commences in September 2022.

These teams will develop their design concepts in response to the Design Competition Brief and present to the Jury later this year. The Jury will then select the winning concept, which will be announced in late 2022.

The renewal of Powerhouse Ultimo will enable dynamic applied arts and sciences programming with a focus on design and fashion, presenting exhibitions that showcase the Powerhouse collection, international exclusive exhibitions and programs that support the creative industries.

It will deliver new and refurbished exhibition and public spaces and opportunities to re-orient the Powerhouse to the Goods Line, connecting to the city and surrounding precincts.

Durbach Block Jaggers Architects are proven design innovators and authors of some of our country’s most remarkable buildings. Architectus brings the best experience and attitude together to design and deliver Australia’s most complex precincts and cultural projects.  Tyrrell Studio will guide an urban design and landscape architectural response informed by the precinct and by place. Emerging Sydney practice Youssofzay + Hart will use their philosophy of creating equitable, accessible and enjoyable spaces for all. Renowned Australian fashion designer Akira Isogawa joins the team as provocateur and collaborator; Yerrabingen is coach, advisor and collaborator to embed the approach to Design With Country.

BVN is an architecture and interior design practice whose work includes Atlassian Central, Green Square and the National Aboriginal Art Gallery. OCULUS is an urban design and landscape studio which has delivered public realm for the Museum of Old and New Art (MONA), Hobart and are currently designing the public domain for Tarrkarri Centre for First Nations Cultures in Adelaide. BVN and OCULUS will collaborate with OCP Architects on heritage, TTW Engineers on structural design, Eckersley O’Callaghan on façade, and Transsolar on sustainability and climate engineering.

A collaborative team of Sydney-based practices with a high level of investment in the vitality of the city, the core of this team has significant shared experience and expertise in public domain design, public building design, museum curation, heritage interpretation, landscapes, and sustainability. They believe that successful public projects are grounded in a nuanced sensitivity to place and that Country provides the foundation for a future Ultimo Powerhouse in its embodiment of place, ecology and people.

John Wardle Architects is renowned for making buildings that work sympathetically with a city’s historic fabric. Billy Maynard is an emerging practitioner and collected artist, currently leading the spatial design team for the Sydney Modern Project designed by SANAA. Urban designers and landscape architects ASPECT Studio have a record of excellence in projects of transformational change. Bangawarra’s Designing with Country methodology applies site-specific knowledge in challenging colonial spatial practices by listening to, valuing and respecting tens-of millennia of unbroken ancestral knowledge and culture. Rounding out the team are ESD specialists Atelier Ten, Eckersley O’Callaghan (structural and facade engineering), and Urbis (heritage and archaeology).

This multidisciplinary and multigenerational design team reflects the collaborative research, ideation and curatorial approach of the Powerhouse. Each member brings unique expertise and a breadth of project experience. TZG are renowned for thoughtfully articulated heritage and culturally embedded architecture; Sibling Architecture are recognized for socially engaged, participatory environments; Freeman Ryan are leaders in strategic gallery and exhibition thinking; TCL create place-connected landscapes; and JMD Design drive people-centred urban spaces. The diversity of approaches and perspectives across the design team will be the basis of a compelling and inspired proposal for the new Powerhouse.

Wendy Lewin LFRAIA, Chair (NSW) is a Life Fellow of the Australian Institute of Architects and currently heads her own architecture studio. Since graduating with a degree in architecture from the University of Sydney she has held leading positions in private practice and is the recipient of State, National and International awards for her built work and contribution to architecture, education and the profession. She contributes to the public discourse on Architecture through her varied advisory and curatorial roles, national symposiums, and national and international exhibitions. Wendy is committed to design education and for over 35 years has taught at various universities including the University of Sydney, UNSW, UTS, was a visiting Professor at Hong Kong University and has chaired and participated in numerous State, National and International architectural design competition juries. Wendy is a member of the Design Integrity Panel for the Powerhouse Parramatta project and is an independent consultant to the Museum of Applied Arts and Sciences. In August 2018 Wendy was appointed a Commissioner of the NSW Independent Planning Commission.

Abbie Galvin LFRAIA (NSW) is the 24th NSW Government Architect. Abbie brings to the role 30 years of experience in architectural practice on a wide range of project types that have been highly awarded, published and recognised internationally. Projects Abbie has led have been the recipient of more than 40 state, national and international architectural awards including the RAIA Lloyd Rees Award for Urban Design, the RAIA Jack McConnell Award for Public Architecture and the RAIA Blackett Prize for Regional Architecture, in addition to personal awards such as the AIA Marion Mahoney Griffin Prize for a distinctive body of work in the field of Architecture. Abbie has been involved with the profession, the Institute of Architects and the Board of Architects for many years, is a regular speaker at universities and conferences nationally and internationally and chairs and participates as an expert adviser in many design advisory panels, taskforces and awards juries. Her focus on policy and advice enables Abbie to promote and leverage the long-term benefits of great design within the built environment. In recognition of her extensive experience and contribution to the design industry, Abbie is a Life Fellow of the Australian Institute of Architects.

Peter Poulet LFRAIA (NSW) is the Central District Commissioner with the Greater Sydney Commission. He is a trustee of the Museum of Applied Arts and Sciences and Professor of Practice at Western Sydney University School of Architecture. Peter was the inaugural State Architect of Tasmania 2009–2012 and was the 23rd NSW Government Architect from 2012–2018. Peter’s projects have received numerous awards including the Horbury Hunt, the Blacket Award and an Australian Institute of Architects’ award. He is a Fellow of the Australian Institute of Architects.

Billie Tsien (US) was born in Ithaca, New York. She received her undergraduate degree in Fine Arts from Yale University and her Master’s in Architecture from UCLA. Billie has worked with Tod Williams since 1977 and in 1986 they formed the partnership of Tod Williams Billie Tsien Architects | Partners in New York City. In addition to her practice, Tsien serves as the Charles Gwathmey Professor in Practice at Yale University School of Architecture. She is also engaged with many cultural institutions currently serving as the first Woman and Asian-American Chair of the U.S. Commission of Fine Arts, and an active member of the Architectural League of New York, Academy of Arts and Letters, National Academy of Design, American Philosophical Society, among many others. Select Projects (with Tod Williams): The Obama Presidential Centre (Chicago), The Barnes Foundation (Philadelphia), Asia Society Hong Kong Center (Hong Kong), David Geffen Hall renovation – public spaces (New York), The U.S. Embassy in Mexico City (Mexico), Hood Museum at Dartmouth College (New Hampshire).

Alison Page (NSW) is a Walbanga and Wadi Wadi woman and is an award-winning Designer and Film Producer whose career spanning 24 years links Aboriginal stories and traditional knowledge with contemporary design. She appeared for eight years as a regular panellist on the ABC TV show, The New Inventors and in 2015, was inducted into the Design Institute of Australia’s Hall of Fame. She is Associate Dean (Indigenous Leadership & Engagement) in the Faculty of Design, Architecture and Building, University of Technology Sydney, founder of the National Aboriginal Design Agency and in 2022, she was named Gold Medal winner at the Interior Design Excellence Awards. She is a Councillor with the Australian National Maritime Museum, Board Director of the Sydney Harbour Trust, Art Gallery of South Australia and Aboriginal research group, Ninti One Ltd.

Annette Pitman is passionate about creating public spaces that inspire and delight and leading the talented teams that deliver them. Since joining Create NSW, she has guided the delivery of Walsh Bay Arts Precinct, Powerhouse Museums and Theatre Royal and the development of a large pipeline of cultural infrastructure. Previously as a project director, she led some of Australia’s most transformational cultural and sport projects, including Arts Centre Melbourne’s Hamer Hall Redevelopment and the Melbourne Park Tennis Centre Redevelopment. Her career spans public and private sector leadership roles in Melbourne, Sydney and the United States and has focused on project delivery, strategic planning and organisational development.

Lisa Havilah is the Chief Executive of the Powerhouse. Through her leadership she is establishing a new museum paradigm for one of Australia’s oldest and most important cultural institutions. The landmark renewal of the Powerhouse includes the creation of the museum’s new flagship, Powerhouse Parramatta; the revitalisation of Powerhouse Ultimo; the expansion of the Powerhouse Castle Hill and the digitisation of the Powerhouse Collection. From 2012–2019, Lisa was the Director of Carriageworks. Under her leadership Carriageworks experienced extraordinary audience, artistic and commercial growth, becoming the fastest growing cultural precinct in Australia. Previously, she was Director of Campbelltown Arts Centre, where she pioneered an internationally renowned contemporary arts program that brought together culturally and socially diverse communities.