July 1st, 2022 | Browse other: News. | Tagged with: Launceston is home to some of the state's most iconic public experiences, Queen Victoria Museum and Art Gallery | 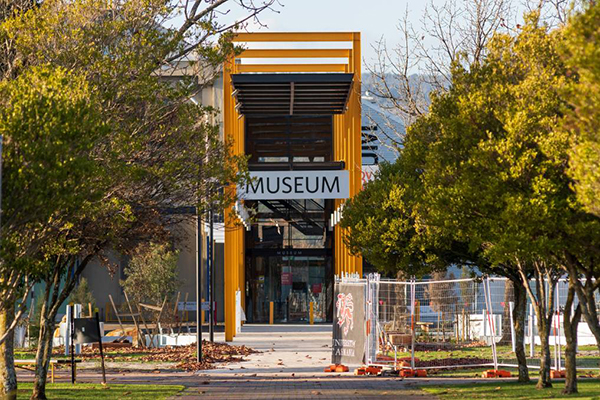 Editorial: Launceston is home to, arguably, some of the state’s most iconic public experiences, The Examiner, 25 June 2022

Launceston is home to, arguably, some of the state’s most iconic public experiences.

From the Cataract Gorge to UTAS Stadium to City Park, both residents, and visitors have an abundance of options when touring the city. And one that would almost certainly be at the top of the list is Queen Victoria Museum and Art Gallery – or QVMAG.

It is one of the state’s two major public museums, with the Tasmanian Museum and Art Gallery (TMAG) in the South.

The key difference between the two, though, is the level of support provided by the state government.

TMAG is operated solely by the state government – despite the benefits the City of Hobart would see from having the museum in the city centre – and $49.3 million in funding has been invested over the past five years.

In the North, QVMAG – which is largely operated by the City of Launceston council – has seen $7.2 million in funding from the state government for that same period.

Beyond that, the council contributes about 80 per cent to keep QVMAG running, which costs $7.6 million per year to operate.

TMAG may be the second-oldest museum in the country, having found its permanent home in Hobart in 1863, but QVMAG is only about 30 years younger.

Both museums offer their host cities a cultural hub for both locals and tourists alike.

Both museums are home to significant historical collections, and both offer the public the chance to experience a range of exhibits. And both are free to enter.

They offer a service to the public – they educate and entertain.

So why should one council be expected to significantly fund their museum, while the state government takes responsibility for the other?

It is vital we continue to invest – and strongly – in key assets that not only deliver an economic return, but make Launceston the great regional city it is.

The council has a draft plan, which would not only see QVMAG operating under a new skills-based board, but would eventually see the museum become self-sufficient, and no longer dependent on any source of external funding.

This would secure the museum’s future and ensure it remains a staple of Launceston and surrounding regions, no matter who is in government.

But to get to that point, a range of support is needed.

The first step will be support from councillors at the next meeting when the draft plan is considered.

After that, financial support could include private investors.

But until that can be secured, the state government should strongly consider whether it should continue to create a divide between the North and the South by not providing the same level of support to its two main museum and art galleries.

Of course, there is MONA, but that is privately owned.

In the North, ratepayers help keep their museum alive. But their taxes also help provide a service in the South, that southern ratepayers don’t need to contribute to (except in their tax, of course).