August 11th, 2022 | Browse other: News. | Tagged with: Aboriginal academics say the culture of science needs to change, How scientists are working for greater inclusion of Indigenous knowledge | 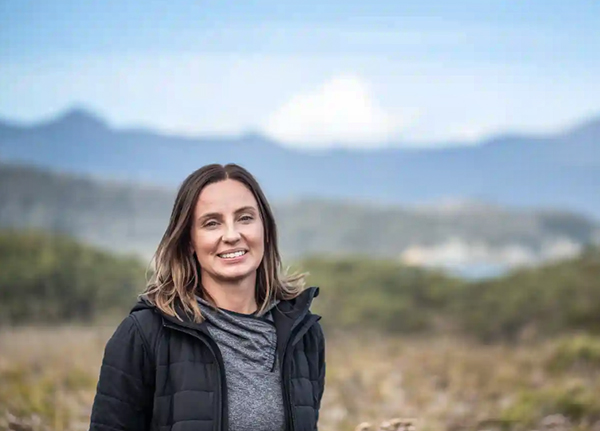 Donna Lu, How scientists are working for greater inclusion of Indigenous knowledge, The Guardian, 31 July 2022

Aboriginal academics say the culture of science needs to change so that more First Nations people are the researcher, not the research.

When the second part of the latest Intergovernmental Panel on Climate Change report was published earlier this year, it had a notable inclusion. The instalment, which focused on the human and ecological impacts of climate change, featured Indigenous knowledge alongside Western scientific research for the first time.

The Australasian chapter, however, did not include any Indigenous lead authors. Instead, three First Nations scholars were invited to contribute to specific sections of the report through the goodwill of the lead authors, rather than through government selection.

It was a reminder, the contributors wrote in March, of how “Indigenous Australians have been largely excluded from climate change decisionmaking”.

One of the IPCC contributors was Bradley Moggridge, a Kamilaroi man and an associate professor in Indigenous water science at the University of Canberra. “We’re always advisory, we’re never decisionmakers,” he says. “We should be having a voice.”

It is well recognised that Indigenous communities around the world contribute the least to greenhouse gas emissions but are disproportionately vulnerable to the impacts of climate change.

“In the Torres Strait, they have been experiencing climate change for a number of years,” Moggridge says, citing the 2016 extinction of the Bramble Cay melomys. The demise of the rodent, which lived on a small island in the eastern Torres Strait, was the first mammal extinction in the world thought to be caused by anthropogenic climate change.

Western science has a history of excluding and exploiting First Nations people. The rise of scientific racism in the 19th century, tied to European colonialism, resulted in the collection and widespread distribution of Tasmanian Aboriginal remains, says Zoe Rimmer, a Pakana curator and an academic fellow at the University of Tasmania.

“Museums played a big role in that, in collecting and distributing human remains and then having various anthropologists … looking at these collections and making really broad and racist assumptions based on measuring skulls and things like that,” she says. “There was a really high value put on our ancestors’ remains because of the scientific theories that supposedly meant that we were at the lowest evolutionary rung.”

The discredited pseudoscience of phrenology – which linked bumps on the skull to mental faculties and personality traits – was also used to justify slavery and reinforce gender stereotypes.

“They’re completely debunked theories today, but the myths that came out of science still cause a lot of hurt and trauma within the community,” Rimmer says, adding that museums played a role in “creating myths around the ‘extinction’ of our community as well”.

Although First Nations people were not counted in the Australian census until 1971, “data was still collected about Aboriginal people from the earliest of colonial times,” says Maggie Walter, a Palawa woman and distinguished professor emerita at the University of Tasmania.

Walter is a leader in the data sovereignty movement, which asserts the right to ownership and application of Indigenous data, and challenges its historical use by governments.

Global conservation policy has failed to recognise the importance of Indigenous land management, says Michael-Shawn Fletcher, a Wiradjuri scientist and associate professor at the University of Melbourne. “Biodiversity loss and catastrophic fires: they began immediately after the invasion by the British into the Australian continent and the removal of Aboriginal burning,” he says.

“Landscapes that were deliberately curated and maintained as lower fuel loads are considered as wilderness, as non-human, with no human influence.” Modern science, Fletcher says, has largely ignored “the subtle influence Aboriginal people had all over this continent”.

Moggridge believes the exclusion of First Nations people from policy and scientific decision-making stems from the devaluing of Indigenous knowledge. “Our knowledge is still seen as myth and legend and fable, and not seen as evidence, not seen as thousands of years of observations connected to your country,” he says.

“Country has changed over the generations: the stories of the mob on the continental shelf having to move to higher country because the sea level started to rise at the end of the last ice age – there’s evidence of that. Stories of volcanic activity and meteors – those observations of country are told and retold through the generations,” Moggridge says. (Aboriginal stories have been linked to the identification of meteorites that were previously unknown to western science.)

What constitutes science is an assumption worth questioning, says Walter – a topic she will discuss at next week’s Beaker Street Festival in Tasmania. “If you take science as a standpoint – using the scientific method, which is empirical observation, analysis, and then interpretation through theory as to how to explain that – then obviously Indigenous knowledges are also science.

“The idea that somehow western science is true and non-western science is culture or somehow folklore is what has to be challenged,” she says. “The scientific method says you must repeatedly go back, and paradigms get busted, and what everybody believes at some stage is not necessarily so.”

Science is often thought of as being objective. “It’s not,” says Fletcher. “The questions that you ask, the way you view a topic, which then leads to your hypothesis generation … is deeply cultural and come from your set of understandings of the world.

“The exclusion of different perspectives limits our capacity to truly understand what’s happening.”

Long overdue recognition of Indigenous knowledge has begun in recent years in Australia. The 2021 state of the environment report, which was released this month, included historic First Nations input. “It was the first time that Indigenous people have been seen as equals in regards to being … contributors,” Moggridge says. “There are 11 of us that are co-lead authors of our respective chapters.”

More needs to be done to create opportunities for Indigenous people in science, he says. A 2020 report published by Science & Technology Australia found that while one in 20 non-Indigenous people of working age have a Stem degree, that figure is one in 200 for Aboriginal or Torres Strait Islander people.

“The culture of science needs to change itself,” Moggridge says. “It’s flipping the whole paradigm: Indigenous people are not the research – they become the researcher.”