You are here: Home » Articles filed under: 'News' » Article: 'SJM opening Shaken to his Core:'

SJM opening Shaken to his Core: 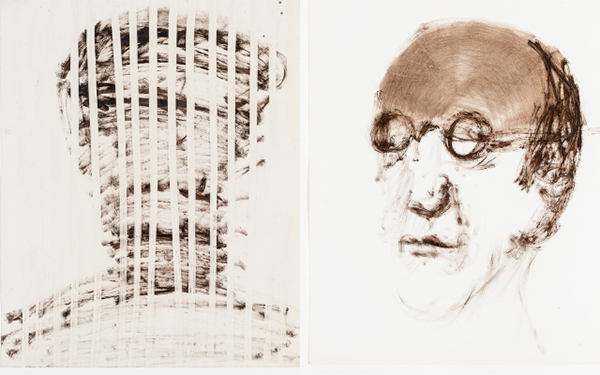 Sidney Nolan is one of the most recognisable Australian artists. But alongside his iconic works on the Australian bush are artworks that have never been displayed in Australia before: Nolan’s personal interpretation of the Holocaust.

Sidney Nolan was one of Australia’s most iconic and globally recognised artists of the 20th century. While he was best known for his depictions of the Aussie bush, what many people haven’t seen are Nolan’s harrowing paintings surrounding the Holocaust.

A new exhibition, Shaken to his Core: The Untold Story of Nolan’s Auschwitz at the Sydney Jewish Museum is hoping to change this.

This series has never been seen in Australia, yet it uncovers an extremely important chapter in Nolan’s life, one that would shape the rest of his imagery for decades to come.

Sidney Nolan was not Jewish. Living in Australia, he was far removed from the Holocaust and World War II. Yet, like many Australians, he was deeply impacted.

Nolan’s fascination with the Holocaust began in 1939, when he overpainted a newspaper photograph of Buchenwald inmates. His painting of Lublin, where the Jewish population was almost entirely eradicated, is currently in the Art Gallery of South Australia.

But it was the trial of Adolf Eichmann in 1961 that spurred his interest even more.

Eichmann had been captured in Argentina a year earlier and taken to Israel to be tried. The Eichmann trial became global headlines, with images splashed across the news of Eichmann sitting behind bulletproof glass.

Nolan, much like the rest of the world, became captivated by the trial. Still, he grappled with the idea that art could adequately capture the intense suffering that was experienced at Auschwitz.

Nolan spent the two weeks leading up to Eichmann’s sentencing filling sheets of paper with the same face – some were simple outlines, others were more detailed and fully formed, but every single image depicted the receding hair, thick round glasses, thin lips and buttoned shirt.

And then, he visited Poland.

A few months after Eichmann’s trial, Nolan visited Auschwitz alongside Jewish journalist Al Alvarez on a commissioned trip for The Observer magazine.

‘ Nolan’s works are so visceral and emotional. His art puts an inimitable lens on history. ‘ Roslyn Sugarman, Head curator, SJM

Nolan was so disturbed by what he saw that he refused the commission and never painted anything on the Holocaust again.

Alvarez recalled what they saw and Nolan’s reactions, saying it wasn’t the mountains of human hair, suitcases, shoes or glasses that disturbed Nolan. Rather it was the orderliness of the camp.

“The interiors of the barracks were dreadful – the tiers of bunks in which the prisoners slept, six men to a bunk, like battery hens waiting to be slaughtered,” Alvarez said. “But the neat grids in which the buildings were arranged troubled him even more.”

According to Roslyn Sugarman, head curator at the Sydney Jewish Museum, it’s a once-in-a-lifetime opportunity to display Nolan’s works.

“The museum is uniquely placed to host it,” Sugarman said.

“Our 30 years of Holocaust storytelling is an ideal platform to take this art, contextualise it within historical time and place, and engage audiences through powerful imagery.”

Sugarman also explains that, Nolan, who was known for celebrating the human spirit, was compelled to explore man’s lesser nature.

“Nolan’s works are so visceral and emotional. His art puts an inimitable lens on history – [drawing] us into thinking beyond historical facts, humanising them in ways far beyond normal comprehension,” Sugarman explained. “Nolan himself struggled to find a language to convey the horror and inhumanity, and wrestled to find meaning among the pain. These artworks showcase this very truth-telling of history.”

Nolan’s works are part of collections in some of the most prominent galleries around the world, including the Tate Gallery in London and The Museum of Modern Art in New York.

Now, 50 artworks, some of the last that Nolan ever painted about the Holocaust, will hang in the Sydney Jewish Museum.

As Sugarman said, “His works fill the gap that imagination cannot stretch to. This is an exhibition that will change you.”

Shaken to his Core: The Untold Story of Nolan’s Auschwitz is showing July 21 – October 23.
Tickets: link.sjm.com.au/nolantickets