You are here: Home » Articles filed under: 'News' » Article: 'Stars of the Matariki cluster: Pōhutukawa'

Stars of the Matariki cluster: Pōhutukawa 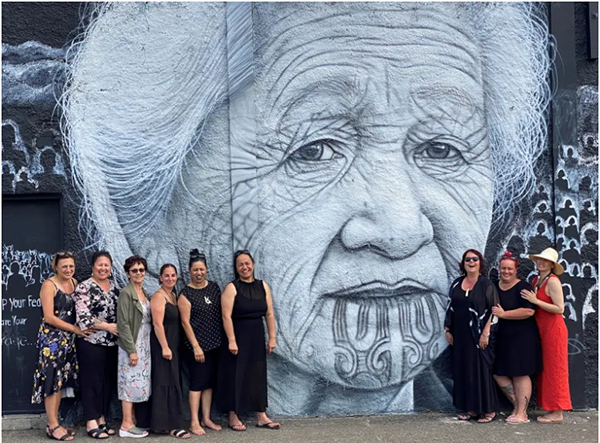 Stars of the Matariki cluster: Pōhutukawa

There are nine stars in the Matariki star cluster. It has many different names around the world, and is known in English as the Pleiades – its ancient Greek name – or the Seven Sisters. The Hawaiian name is Makali‘i, or ‘eyes of royalty’ and in Japan it’s Subaru, meaning ‘gathered together’.

The star Pōhutukawa (Greek: Sterope) is the star associated with those who have died. Curator Mātauranga Māori Amber Aranui talks about the whetū Pōhutukawa and remembers those being returned home, and a special person we recently lost from our Te Papa whānau. 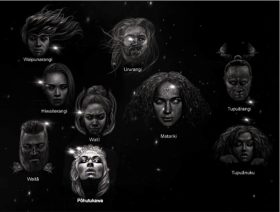 Pōhutukawa’s role is unlike the other stars we see in the Matariki cluster. She does not provide us with guidance as to environmental matters. Her role in the night’s sky is to warn us of the impending loss of members of our community.

In te ao Māori we talk about the Te Ara Wairua, the pathway of the spirits, which leads the spirits of the dead to the underworld, the realm of Hine-nui-te-pō.

We also acknowledge the spirits of the dead as they are swept up by the kupenga of Taramainuku as he sails across the sky in Te-waka-a-Rangi during the months of Haratua and Pipiri on their final journey to become stars in the sky.

As we celebrate Matariki for the first time as a nation, let’s reflect on the previous year or years and, for some, the more distant past. As the star Pōhutukawa reveals herself in the night sky, we should also take the time to remember those we have lost since the last rising of Matariki, as well as our tūpuna who have been gone from this world for a much longer period of time, including those we are working hard to return from museums and other institutions around the world back to their whānau, hapū and iwi. 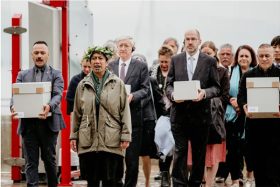 This blog is dedicated to remembering those being returned home, and returning to the memories of the living, to once again rest in peace on their whenua. The work of bringing our ancestors home is an important part of our country’s work to reconciling our past, righting the wrongs so that we may build a better future. Te Papa has been dedicated to this work for over 20 years.

This blog is also dedicated to a special person we have recently lost, who dedicated years to supporting the returning of tūpuna Māori and karāpuna Moriori from collection stores throughout the world. In March this year te ao Māori lost a taonga.

Hokimoana Te Rika Hekerangi of Ngāi Tūhoe was loved by many and remembered for the work she did for te reo Māori, taonga Māori, and tūpuna Maōri. Whaea Hoki, as she was known to the whānau at Te Papa, has had a long connection to our museum. From 2001–2003 she was our kuia in residence during the Tūhoe: Children of the Mist exhibition.

Then from 2007, she was a key figure in Te Papa’s Repatriation Advisory Panel, attending many repatriations from overseas and returning tūpuna home to their people throughout the country. Her gentle guidance and support for this work over the past 15 years will be remembered by many, and the memory of her soulful voice in karanga, mōteatea, and waiata will not be forgotten.

On a personal note, I will remember the moments I was able to share with her, the kōrero, the fashion, and the laughter.

So when you see Pōhutukawa in the night sky this Matariki, greet her with mōteatea and shed tears for those you have lost, recently as well as in the distant past, and remember them.