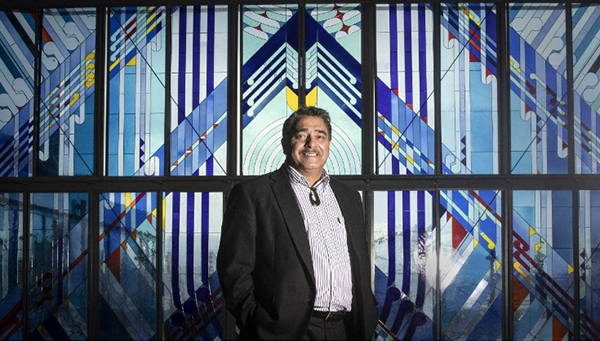 Reconstruction, restoration and the truth – reporter Joel Maxwell speaks to the Māori co-leader at Te Papa, Arapata Hakiwai, and discovers how history refuses to stay behind glass.

Everything has history, and every history can be lost when it comes to the great eraser of time. Collectively we possess nothing but our wits and best intentions to hold on to what should be kept and – just as importantly – to let go of the rest, let it sleep.

To be fair, some chunks of history are just so damn intense they can’t be dislodged.

Whether by chance or some grand design, Arapata Hakiwai faced a profoundly challenging request from a co-worker: to cut that worker’s own proffered hand – veins, muscle, tendons, skin – while they stood in the beef room of Whakatū Freezing Works, near Hastings. There, amid the thunderous smell of blood, what were a few more crimson splashes?

The co-worker, determined to take only yes for an answer, grabbed Hakiwai’s knife and ran it down his own, open hand.

Nowadays Hakiwai works in an office accessed by hospital-like corridors hidden behind buzzing exhibitions that collectively demonstrate, embrace, celebrate and remember our nation – in an institution known as Te Papa – where, in his interview, he simulates the co-worker’s downward knife slash with an invisible blade and an open palm.

This happened to him, fresh out of secondary school, about 40 years ago. It still clings to the mind. 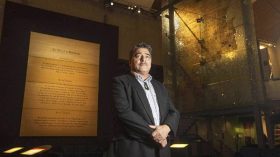 Arapata Hakiwai has worked at making sure Te Papa has repaired and rebuilt relationships with iwi over the years. Kevin Stent.

He doesn’t say how deep that wound was back at Whakatū, but any doubts about heading to university were extinguished when he considered the depth of boredom – the monotony – of work that pushed people to cut themselves to get a break on ACC.

Nowadays the freezing works where Hakiwai worked has itself become part of a museum exhibition in Napier, about the impact of the meat industry on the region. Whakatū closed in the mid-80s: This and the closure of the Tomoana freezing works a decade later drained the community of thousands of jobs in a blast of provincial ‘’rationalisation’’.

Hakiwai’s late father was Te Aranga Rungaahi Hakiwai, a farmer near Hastings; his mother is Alison Hakiwai. He has four older brothers and one sister, and his grandfather Peni Rungaahi Hakiwai was an Anglican minister who went to World War I for the Māori (Pioneer) Battalion. 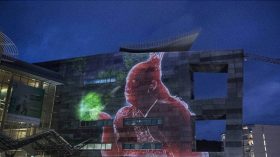 Te Papa is clothed in light for Matariki – an event it has celebrated from its beginnings. (file) KEVIN STENT/DOMINION POST

Stuff: I tipu ake koe i roto i a Heretaunga? 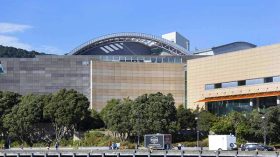 Hakiwai attended Te Aute College, following his brothers and his father to the historic school, which came with the added weight, and added motivation, of former students including the likes of Sir Āpirana Ngata, Māui Pōmare and Te Rangi Hīroa. It taught him, he said, a sense of responsibility to his wider iwi.

That responsibility, and the Whakatū experience, launched him into studying law at Victoria University. Two years in, he switched to Māori and anthropology after attending a lecture by anthropologist, Māori leader and personal inspiration Sir Hirini Moko Mead.

He didn’t know it then, but his first big mission had been awaiting him his entire life. From before the time Hakiwai was born, there was a single Māori outpost on the shore of Lake Michigan in the US. It was a meeting house called Ruatepupuke II, from Tokomaru Bay on the shores of Te Moana-nui-a-Kiwa, and it was waiting in Chicago for help. They finally met in the early 1990s.

Ruatepupuke II was sold, lock, stock and paepae, in the late 1800s, taken apart, then found its way into the hands of German collector JFG Umlauff​. Hakiwai says the reasons for the sale were unclear – there were suggestions an incident inside had made it tapu – but, regardless, it ended up with the collector, who ran an emporium in Frankfurt, a clearing house of antiquities, colonial curiosities, that were sold to museums around the world. 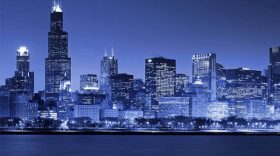 Here in 1900s Frankfurt you would find Ruatepupuke II reassembled, badly. A mannequin resembling a walnut-coloured ghost with snowy beard, dressed in some approximation of traditional Māori clothes, stood with a taiaha out front on the paepae. The guy looked to have died of some combination of loneliness and embarrassment.

The display, however, was catnip to eager tauiwi. The field museum bought it, broke it down, packed and shipped it to Chicago, where it would not be reassembled for 25 years. Once again, when it was rebuilt for display it was not done well.

And so it was, after graduation, a stint teaching at secondary school, and only just starting work in the museum world, Hakiwai was asked to be co-curator on the early-90s restoration of this “unclothed” meeting house “put together all wrong” in a distant city.

Hakiwai tracked down Ruatepupuke’s missing carvings all over the country and world. Auckland, Napier, even the Peabody Museum​ at Harvard in Massachusetts.

They were all lent back, and in a reversal of the usual flow of taonga, the New Zealand-based ones were sent overseas with the blessing of Tokomaru Bay locals, to be reunited with their meeting house.

Tukutuku panels were made in Tokomaru Bay, Wellington, Auckland; pāua shell was shipped to Chicago, carvings were completed. In the space of a few years the restoration was complete. 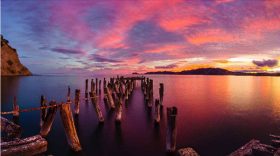 When kaumātua first approached Hakiwai about Ruatepupuke II, he thought the meeting house might be returning. “I thought it was for repatriation, and I thought ‘yes!’. But they said, ‘kia tau te mauri, kāo, kāo, kāo, settle down. It’s not to repatriate, this is to restore and to give mana to our meeting house’.” They had decided the meeting house would stay in the US: so now Tokomaru Bay and Māori have an outpost in North America.

Before restoration, the field museum had glassed off the meeting house entrance, turning it into a cabinet, a coffin, of sorts. Visitors could stare inside to a display of Māori mannequins at home, dead moths, dust, their own reflections. After it was taken apart and reassembled, made whole – clothed – it became a functioning meeting house, taking visitors, groups, events, and living again.

Te Papa opened on February 14, 1998. Hakiwai has worked there as a curator from the start as the museum sought to build and restore its own relationship with Māori. He became kaihautū in 2013.

One of the first things they did, with support of the likes of Te Ātiawa kaumātua Te Ru Wharehoka, was ensure Te Papa celebrated Matariki.

Matariki, Hakiwai says, created the framework of life in te ao Maori: “It’s why we do things, our relationship and whakapapa to the taiao, and to everything in and around us”.

National recognition of the event with the new holiday, this year on June 24, is important because at its core, it recognises indigenous knowledge, he says.

Te ao Māori – whānau and hapū, marae – has shaped the framework of Hakiwai’s own life: his four children are all reo speakers, and his work with Te Papa has seen him accompanied by his own aunties to hui, to support and encourage him.

You couldn’t get a stronger colonial construct than museums, he says.

Some museums still obsess about amassing treasures, with no thought to the “dignity or the integrity or the mana” of the taonga or the people to whom they belong.

“They hide behind this Universalist museum [model] where we have all the right in the world to look after your treasures, to interpret them, and not even engage or connect with them, which I think in this day and age is wrong.”

So, every museum has to reckon with its past, or they should, because, well, they’re museums. They shouldn’t ignore history, least of all their own. Perhaps, the best we can hope for is that the future is a better place than now, and the caring hands of curators make a decent – an honest – exhibition of us all.

* The information in the te reo Q&A section is incorporated into the English text.