You are here: Home » Articles filed under: 'News' » Article: 'The Long Road Ahead for Colonial Reparations'

The Long Road Ahead for Colonial Reparations

September 8th, 2022 | Browse other: News. | Tagged with: The Long Road Ahead for Colonial Reparations, What do former colonial powers owe the descendants of those they colonized? | 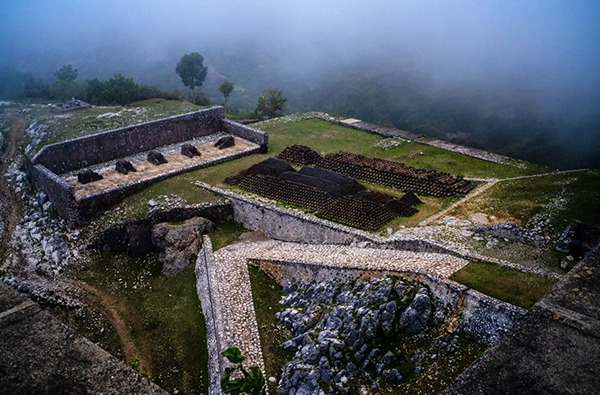 The Citadelle, one of 30 forts ordered up by Jean-Jacques Dessalines, Haiti’s first ruler, in preparation for what he called “an eventual offensive return of the French.” Credit: Federico Rios for The New York Times.

Former colonies have felt increasingly empowered to demand compensation from European powers. But even the successful efforts look like exceptions so far.

What do former colonial powers owe the descendants of those they colonized?

Is it enough to apologize and return cultural objects? If restitution is to be financial, how does one tabulate the debt for generations of exploitation, plunder and enslavement?

These have become live questions as activists and governments in formerly colonized countries push, in courts and in diplomatic talks, for restitution over both past abuses and their ongoing consequences.

Under growing pressure, France repatriated 26 pilfered artworks to Benin last year, for example, and Germany committed $1.35 billion in aid to Namibia alongside a formal acknowledgment of Germany’s colonial-era genocide there.

But these are exceptions for a reparations movement, centered mostly in Africa and the Caribbean, that faces a long and difficult road with wary European governments.

And even these successes highlight how far the cause has to go.

A French government audit estimated that the country’s museums hold 90,000 objects looted from Africa alone, making the return of a few dozen feel, to activists, like an insult.

And Germany’s apology was carefully hedged, seemingly to avoid creating precedent that could potentially apply to other colonial abuses, much less to the act of colonization itself.

These speak to what is, for activists and political leaders, a more immediate question than estimating what is owed: figuring out how to compel former colonizers to make amends at all.

“Time is on the side of the reparationists,” Hilary Beckles, a Barbadian historian and chairman of the reparations commission for CARICOM, an organization of Caribbean states, said in a recent public lecture.

The goal, he said, is to press for something more than apologies: the repayment for the stolen labor and resources that drove Europe’s rise at the colonized world’s expense.

The Caribbean nations’ reparations group has called for European governments to pay $50 billion and portrays this as merely a starting point. Dr. Beckles has estimated the European debt to the region just for “200 years of free labor” at seven trillion British pounds.

The cause is gaining momentum as it gains more tangible victories. But it is also facing difficult questions of politics, legality and, especially, leverage. 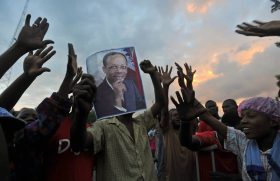 Supporters of the ousted president of Haiti, Jean-Bertrand Aristide, in 2010. Mr. Aristide launched a campaign demanding that France repay the money it had extracted. Credit: Lynsey Addario for The New York Times.

Today’s push for colonial reparations is often dated to a United Nations-organized conference against racism, held in 2001 in South Africa. It was the first time that governments — rather than activists — had organized at such a large scale around confronting colonialism’s legacy, bringing it diplomatic heft.

But the cause draws on ideas that date to before colonialism’s end.

“Colonialism and imperialism have not settled their debt to us once they have withdrawn from our territories,” Frantz Fanon, a prominent intellectual from Martinique, then a French colony, wrote in 1961. “The wealth of the imperialist nations is also our wealth. Europe is literally the creation of the third world.”

Haiti is a case in point. Burdensome French loans, sometimes forcibly imposed, set off a cycle of underdevelopment that has made today’s Haiti poorer by tens of billions of dollars, some scholars estimate.

A pan-African conference held in 1993 compared colonial reparations to those issued to the victims of the Holocaust, a precedent that has become central to activists’ case.

Initially, governments of former colonies hesitated to push the issue. Many maintained political ties to, and a degree of economic dependence on, their onetime colonizers.

Some did try. Haiti’s president demanded reparations from France in the early 2000s, for instance, but had little leverage.

Activists within former colonies have forced the issue to the fore in recent years, often working through European public opinion and courts.

Survivors of an infamous 1950s British crackdown in Kenya lobbied for years for the right to sue in British courts, eventually succeeding. In 2013, the British government settled their claim for $30 million and made a rare, if terse, public apology.

Public pressure within Germany led to a motion by the Bundestag, Germany’s parliament, in 2015 to begin formal talks with Namibia’s government over reparations.

In France, a wave of activism, often led by French racial justice groups, dovetailed with a push by Africa-based groups and governments for colonial restitution.

Emmanuel Macron became president in 2017, having campaigned on promises to return thousands of cultural items and to address historical grievances with former colonies.

Still, Mr. Macron has at times framed this as a matter of soft power competition in Africa, where Chinese and Russian influence is growing. These more realpolitik motives may help explain why France has returned only a tiny fraction of the promised artifacts.

These successes, along with activism within former colonies, have emboldened those governments to press the issue.

Caribbean nations issued a 10-point reparations agenda in 2014. Organizing at the U.N. has led to symbolic declarations highlighting such claims.

International law may be of limited use, some legal scholars believe, for the simple reason that colonialism was not illegal at the time. As a result, in practice, settlements are reached directly between governments or raised within European political systems. 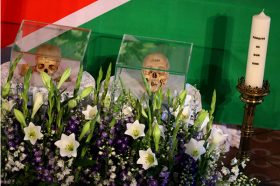 Skulls from the Herero and ethnic Nama people during a ceremony in Berlin in 2018 to hand back human remains from Germany to Namibia. Credit: Christian Mang/Reuters.

Reparations talks increasingly hit against a high-stakes question: whether individual settlements or apologies can become precedent for more like them.

Matthias Goldmann, a German legal scholar, said that German leaders initially resisted settling the Namibian claim out of a “grave concern that this would give rise to a rule.”

Officials, he said, feared that offering reparations for one colonial-era abuse could establish a legal responsibility for all of them.

Berlin ultimately offered aid payments, which it does not call reparations, to Namibia and an apology so circumspect that many Namibian activists and politicians urged their government to reject it.

“The declaration is hollow,” Emsie Erastus, a Namibian researcher, wrote in a BBC essay, adding that the settlement had been crafted “seemingly to avoid any legal culpability.”

Britain and France, which each have dozens of former colonies, have grown especially wary of any step that might create precedent in international or domestic law. But activists argue that precedent is exactly what they need to compel European governments.

As reparations groups have expanded their claims from individual atrocities to colonialism itself, both proponents and governments have converged on a realization: If colonialism built Europe’s wealth, then total repayment could mean giving it up.

“Chalk up the billions of hours that enslaved Africans worked on British plantations, pay it at a living wage. Tally up compensation for the 60 million souls sacrificed to famine,” Jason Hickel, a British scholar, said in a 2018 lecture. “And you realize that if Britain paid reparations — real, honest, courageous reparations — there would be nothing left.” 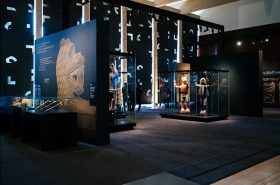 Some of the 26 pieces recently returned by the Musée du Quai Branly in Paris on display at a museum in Cotonou, Benin.Credit…Carmen Abd Ali for The New York Times.

One at a Time

Jamaica is seeking $10.6 billion — equivalent to the fees that Britain paid slave owners to populate the island, one lawmaker has said, arguing that Britain owes those slaves’ descendants, at a minimum, their ancestors’ purchase price.

Burundi has demanded $43 billion from Germany and Belgium, a figure it says is calculated from the economic toll of decades of forced labor and colonialist violence.

But because claims are settled directly, they are often decided by leverage as much as merit. Absent political pressure within the former colonial power, or a diplomatic incentive like the threat of a former colony aligning with China, claims often stall.

In Kenya, another set of claimants are pressing their case: descendants of families forcibly expelled to make room for British tea companies, which still own much of what was once their land. The families, struggling to gain traction within Britain, appealed to the U.N.

A U.N. investigation concluded last year that Britain had a responsibility to settle the claim — though the investigators have little mechanism for forcing this.

Congolese officials have demanded that Belgium pay restitution for its rule, marked by mass killings and forced labor so brutal that some historians estimate a death toll in the millions. Nine of Belgium’s 23 richest families still trace their fortunes to Belgian Congo, one survey found.

In 2020, racial justice protests in Belgium led its parliament to establish a reparations commission.

But public pressure has faded. And Congolese officials have little leverage.

When Belgium’s king traveled to the Democratic Republic of Congo in June, he personally carried one of 84,000 cultural objects being returned. But he and his government offered no reparations — and, despite demands for it by local activists, no apology.

Correction:  1 September 2022
An earlier version of this article gave an incorrect date for the visit of Belgium’s king to the Democratic Republic of Congo. It was in June, not last month.

See also: The Long Road Ahead for Colonial Reparations