You are here: Home » Articles filed under: 'News' » Article: 'The Medici as Influencers, The Met as Clickbait'

The Medici as Influencers, The Met as Clickbait

August 20th, 2021 | Browse other: News. | Tagged with: The Medici as “Influencers”, The Metropolitan Museum as Clickbait | 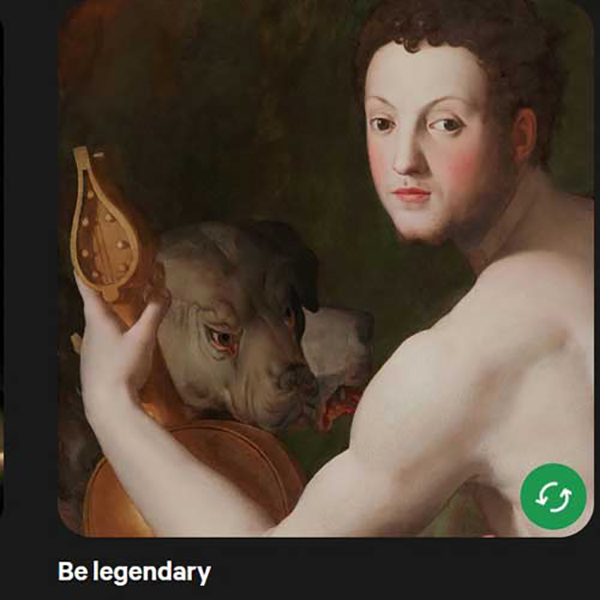 Image from the Met’s “Medici” Primer. Screenshot by Lee Rosenbaum.

Lee Rosenbaum, The Medici as “Influencers,” The Metropolitan Museum as Clickbait, CultureGrrl, 13 August 2021

Do today’s museums need to pander to the short attention spans and trendy rhetoric of the social-media crowd, sabotaging serious curatorial scholarship with language adopted from the digital ditherings that we mindlessly scroll through on Twitter, Facebook, WhatsApp?

The Metropolitan Museum, a previously staunch defender of probity, now seems to think so, as exemplified by the Primer for its “Medici Portraits” show (to Oct.11). An interactive feature introduced to the Met by its current director, Max Hollein, the “Primers” are the offspring of the “Digitorials” that he had championed while director of the Städel Museum, Frankfurt.

But whereas the Digitorial that the Städel had posted online for its 2016 Medici show (which included some of the same works now at the Met) maintained a scholarly tone (notwithstanding the pervasive annoyance of distracting, detracting tech tricks), the content of the Met’s Primer is degraded by social media-speak, casting the Medici as modern-day “influencers.”

Move over, Justin, Ariana, Kim… Here comes Cosimo, master of “building brand,” “leveraging community” and “aligning with other power players” (aka “The Squad”). The aristocratic Duke of Florence was not even above posing nude as Orpheus in his campaign to make himself “legendary.”

When I asked the Met who had authored the text for the Primer, the answer from he press office was: “the digital team” (not the curatorial team). It figures. Here’s the breezy introduction to the Primer’s first section:

Power struggles in 16th-century Italy were epic. One family crushed it.

When Cosimo came to power in 1537, he was determined to restore the Medici name to glory. Savvy and sly, he leveraged the era’s most popular media channel: art.

Bronzino as “media channel”? What a comedown!

I suppose that, to some degree, it makes sense to reexamine historic art “in the context of current cultural thinking,” as Holland Cotter puts it in his NY Times review today of Titian: Women, Myth & Power at the Isabella Stewart Gardner Museum:

Increasingly, a lot of older art, if it’s going to be alive for new audiences, will need to be presented from these dual perspectives, as formally superlative creations, but also as container of difficult, often negative, histories.

But Cotter is advocating an examination of how our moral and political perspectives have changed—a more serious (but, to my mind, still somewhat problematic) form of revisionism than a gratuitous, specious attempt to repackage old art as forerunners of today’s “popular media channels.”

I think the best way to approach art from other eras and cultures is to try to understand, appreciate and elucidate it on its own terms, not to dishonor its creators for lacking the perspective of what most of us know and believe today, and certainly not to saddle it with glib social-media lingo. But I am also reminded of what Chad Coerver, the San Francisco Museum of Modern Art’s (soon job-changing) Chief Education and Community Engagement Officer, had told me in reaction to my criticism in the Wall Street Journal to that museum’s annoying app:

You are not the target audience.

Fair enough. When it comes to enduring fatuous commentary (“cool but unschooled,” as I described it in the WSJ), I confess to being an outsider.