You are here: Home » Articles filed under: 'News' » Article: 'The real ‘history war’ an attack on archives'

The real ‘history war’ an attack on archives

September 22nd, 2022 | Browse other: News. | Tagged with: The real ‘history war’ is the attack on our archives and libraries | 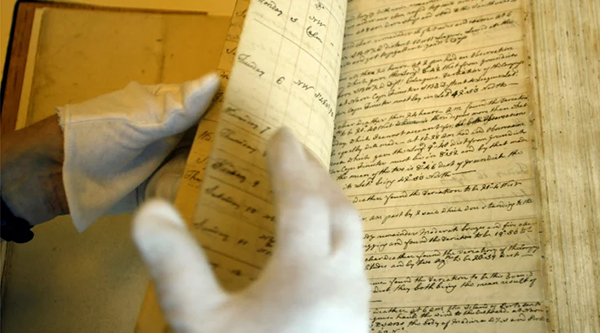 Michelle Arrow & Frank Bongiorno, The real ‘history war’ is the attack on our archives and libraries, WA Today, 16 September 2022

When Labor won the May 2022 federal election, it promised to end the climate wars. A decade of policy inertia had left Australia lagging on the urgent transition to clean energy. Yet while the Morrison government dragged its feet on climate, it was energetically reviving the history wars. For Scott Morrison, Tony Abbott and their ministers, Australian history was a tool in a larger political project to stifle dissent and insist on a single legitimate point of view – their own.

To debate the place of colonial statues in our contemporary cities was heresy. To suggest that Anzac was “contested” was wokeness. To encourage students to participate in evidence-based debate about our complex past, rather than absorb by rote-learning some bits and pieces about favoured themes, events and personalities, threatened national cohesion.

History wars were part of an attempt to paint historians as out of step with the community, or even as enemies of the nation. Yet as the tide washes out on the Abbott-Turnbull-Morrison era, it is clear that the real history war is the long war on our libraries and archives. Its full effects are only now hitting home.

Our national cultural institutions are threadbare, worn thin by decades of funding cuts, reductions in staff, and disintegrating buildings. They no longer have sufficient staffing and funds either to preserve, or to make accessible, the collections that they maintain on behalf of us all.

Labor’s introduction of so-called “efficiency dividends” in the late 1980s laid the foundations for the present crisis, but the Coalition inflicted deeper funding cuts over the past decade. The Albanese government must act quickly to arrest this destruction of our cultural heritage or otherwise become complicit in it. 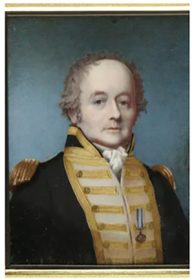 A portrait of William Bligh in 1814 by Alexander Huey. Credit: National Library of Australia.

This month, the National Library of Australia has announced that to undertake essential maintenance works on its roof, which was damaged by hail in early 2020, it will have to suspend access to all its special-collections materials – mainly unique manuscripts – for more than six months. The building is a mess: extensive repairs – the necessity of which has been obvious for years – are also now being undertaken. The result has been rolling restrictions on access to its collections, which will extend until the end of next year.

This is a library that contains James Cook’s Endeavour journal, William Bligh’s Bounty mutiny notebook, and the papers of major political, cultural and military figures such as Alfred Deakin, John Monash, Robert Menzies, Henry Handel Richardson, Patrick White and Manning and Dymphna Clark. All Australians should be deeply concerned that the state of the building is such that the library’s precious and unique collections are vulnerable to the elements. Already, some of the library’s priceless materials have been damaged by water.

Special collections are the jewel in the crown of any library. They are one-off manuscript materials, unique and invaluable. We cannot understand the history of Australia without them. We must all be able to have confidence that they are safe in the institutions our governments have established, with our consent and money, to care for them.

Researchers travel from all over the country, and from across the world, to view the National Library’s collections. But because it has not yet been able to repair damage to its roof, sustained almost three years ago, no one will be able to access these collections for many months. It will have a devastating impact on the work of many PhD students and historians. The lack of advance warning means few have been able to plan for the closure. It comes on top of years of critical delays in research forced by COVID-19-related lockdowns.

Most of this material is not digitised; researchers cannot simply move their work online. If researchers cannot consult original documents, with their own questions to answer, historical understanding stagnates. It should be a matter for national shame that it has been allowed to come to this.

This is the result of decades of underfunding and a casual, negligent attitude to cultural heritage on the part of too many governments. It is also the result of the misallocation of resources. While the National Library has been unable to repair its roof, there is bipartisan political support for an unnecessary and extravagant extension to the Australian War Memorial, which will cost more than $500 million (and counting).

The Albanese government should inject emergency funding into national cultural institutions before some of our most precious materials are lost forever. A healthy democratic society values its past and provides the means by which it can be known through the documentary record.

Scratch a tyrant or bully, and you’ll usually also scratch someone producing, or sponsoring, fake history of some kind or doing their best to erase those parts of the past that don’t suit their purposes in the present. It is among the duties of government to secure Australians’ democratic right to their cultural heritage and to their own people’s stories.

Our prime minister promised to end the climate wars. Let’s hope he is equally committed to ending the war on history.