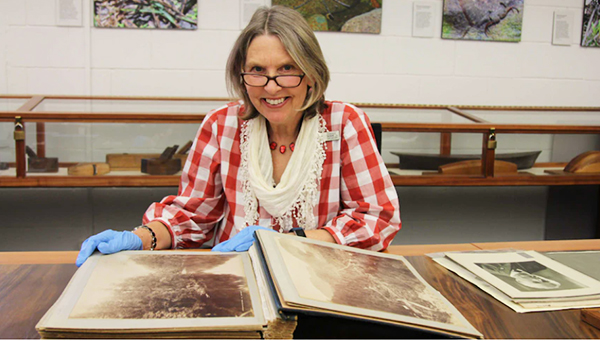 Elspeth Wishart’s career has taken her to windswept abandoned Antarctic stations, a titanium dioxide factory set for the wrecking ball and convict sites after dark.

The senior curator of cultural heritage at the Tasmanian Museum and Art Gallery will hang up her gloves and retire from the role next month.

Her love of archaeology and heritage bloomed when she was given a book on archaeology as a prize in primary school. 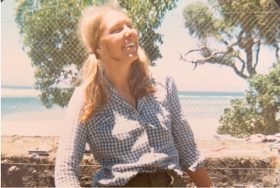 “I just loved that book, I went over every page and and I decided that’s where my career was going to go,” she said.

She has curated Tasmania’s vast museum collections, from convict letters to industrial history, over the past four decades.

“We can learn so much from our past and understanding where we’ve come from and what our roots are and what experience people have had,” she said.

“Tasmania seems to be a real melting pot for exciting inventions,” she said.

She said people on islands would “make do” and were more creative.

“I think that comes out in our collections,” she said. 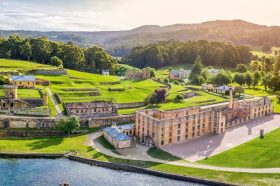 Port Arthur has been capturing the fascination of tourists since the 1890s.(Facebook: Port Arthur Historic Site).

Ms Wishart arrived in Tasmania in the 1980s to take up her first paid role in the field at the Port Arthur convict site.

Decades later the site would become World Heritage listed and be recognised as a world-leading heritage site and tourism experience.

Ms Wishart said Port Arthur was maintained by the National Parks department and had just received significant funds from the federal and state government when she arrived.

The first excavations started, and have run every year since. 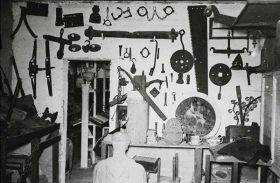 “It was an exciting time of exploring new ways of working with the buildings, looking at authentic ways to conserve the buildings and interpret the stories there,” she said.

The site, which held thousands of convicts over several decades, had been cleared of most items that were lying around after fires destroyed several significant buildings in the 1890s.

Photographer John Beattie and collector William Radcliffe had taken lots of items like leg irons and bricks and put them into their own collections for display.

“Already in the 1890s that tourist fascination with Port Arthur was there, and they were quite entrepreneurial those early collectors in identifying it,” Ms Wishart said.

She said the extensive Radcliffe collection had been returned to authorities by the time she arrived and was waiting for someone to curate it.

“For me, it was quite an exciting experience uncovering what there was,” she said. 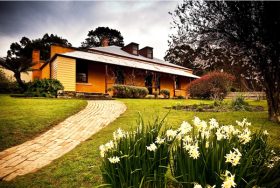 The Parsonage at Port Arthur is one of Australia’s “most haunted houses”.(Supplied: Port Arthur Ghost Tours).

During her time working at the site, staff took up residence in some of the old buildings — including the Parsonage which would later become the main attraction on ghost tours.

“With the Parsonage, that used to have some very interesting experiences,” Ms Wishart said.

“Our architect lived in that house and he’d say ‘Oh yes, you just respect them’.”

Builders were called in to do some maintenance on the house and she recalled some being quite spooked by it.

“They had some experiences of feeling strangled, or great weights on their chest,” she said.

“And these were big, tough builders.”

She said some were “quite freaked out” one night and ran out of the building and couldn’t explain what happened.

“That seemed to recur in that house,” she said.

“There just seems to be something about that building.”

She said she never experienced anything paranormal first hand.

“I waited but nothing happened,” she said.

“I just didn’t pick up those vibes.” 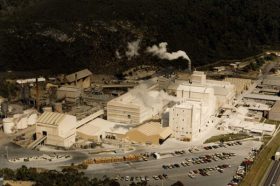 Dogs put on a show

During the 1980s Ms Wishart moved to Launceston to be the curator of history at the Queen Victoria Museum and Art Gallery.

She moved on from convicts to the Beattie collection and recording the region’s industrial history.

It took her out in the field to places such as Burnie’s Tioxide factory.

“It was due for demolition and rehabilitation so we documented all the buildings that were there to preserve that record of what the factory was like,” she said.

She worked on Prime Seal Island on Aboriginal rock shelter sites and travelled to Antarctica three times to do archaeological assessments of old stations.

Part of that was recording Wilkes station, which was built in the 1950s by Americans who occupied it for only a few years before Australia used it for a decade.

“We were fascinated by the culture there and became interested in documenting the social history as well as the built environment,” Ms Wishart said.

Other than huskies, penguins and expeditioners, Ms Wishart met her partner while on the ice.

“I’d met and worked with him previously at the Antarctic Division and he worked in the engineering section and was really knowledgeable in understanding the larger equipment and sleds and things like that,” she said.

“We were both down at Casey Station for a summer and got together.”