You are here: Home » Articles filed under: 'News' » Article: '‘Tsunami of cultural change’:'

May 26th, 2022 | Browse other: News. | Tagged with: ‘Tsunami of cultural change’: The battle over Australia’s museums, Australian Museums and Galleries Association | 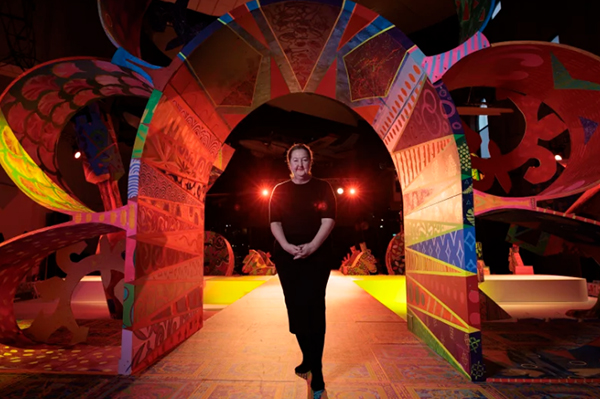 Andrew Taylor, ‘Tsunami of cultural change’: The battle over Australia’s museums, The Sydney Morning Herald, 22 May 2022

The culture wars have long raged across the Australian media and arts landscape, but the battle appears to have been won by progressives inside the nation’s museums.

As the world’s museum directors prepare to make another attempt to come up with the definition of a museum, after years of controversy between conservatives and reformers, the heads of Australia’s museums have chosen their side.

Seb Chan, president of the Australian Museums and Galleries Association, says choosing what to collect, preserve and display is “necessarily political”.

“The challenge is when they are politicised, or their choices are weaponised in culture wars,” he says. “Museums should represent the diversity of their communities and, for many institutions, that also means using the past to open up conversations about what kind of futures their communities might hope for.”

Chan’s view is backed by Jilda Andrews, research fellow at the Australian National University’s Centre for Heritage and Museum Studies, who says all public institutions, “not just museums”, should commit to social justice, diversity and inclusivity.

In contrast, the Australian War Memorial is “apolitical”, says director Matt Anderson, although its $500 million expansion has been the subject of lively debate.

“As envisaged by the Memorial’s founder, Charles Bean, the Australian War Memorial is three things: ‘a shrine to their memory, a museum to house their relics and an archive to preserve the record of their thoughts and deeds’,” Anderson says.

Anderson also says frontier violence and conflict is acknowledged and referred to throughout the Memorial’s galleries and in its archives, programs, exhibition, publications and website.

Concerns about social justice and diversity ruffled feathers when the heads of the world’s leading museums gathered in Kyoto, Japan, in 2019.

The International Council of Museums (ICOM) conference that year was plunged into turmoil over attempts to define museums as “democratising, inclusive and polyphonic spaces for critical dialogue about the pasts and the futures”.

The lengthy statement was rejected by several countries as a “fuzzy collection of political correctness and trendy posturing”, The Art Newspaper reported. “Some expressed alarm at the omission of words such as ‘education’ or even ‘collection’, which they consider essential to a museum’s mission.”

Chan calls the definition ambitious and aspirational, “which was difficult for some institutions in some countries to find a way to aspire to be, and still have secure funding”. 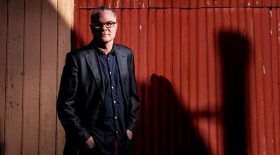 Former chief executive of Museums Victoria Patrick Greene says the disagreements arose out of a feeling that ICOM’s existing definition did not adequately describe what a museum is in the 21st century.

The result was an aspirational statement rather than a precise description of a museum, he says: “It no longer describes the many characteristics that would commonly be found in museums, but instead it embraces elements that we might wish to be found in museums.”

Greene, who now heads EPIC The Irish Emigration Museum in Dublin, says he supported efforts to encourage museums to embrace human rights, “but that would be better achieved by an aspirational statement that would accompany the definition”.

Museums often find themselves tangled in some of the thorniest issues of the day – most obviously in Ukraine, where museums have been attacked and cultural heritage stolen or destroyed during Russia’s invasion.

Museums in Europe and North America face pressure to “decolonise”, including returning human remains and stolen objects, yet also risk a conservative backlash. The dependence of cultural institutions on corporate sponsorship and wealthy donors has also been a divisive topic.

“Museums are not much of a panacea for injustice because ultimately they are creatures of their paymasters: who pays the piper calls the tune.”

Despite the ideological rift, ICOM has spent the last couple of years working on a new definition that will be presented to museum directors at this year’s conference in Prague.

Linda Young, an honorary fellow at Deakin University’s School of Humanities and Social Sciences, says each definition is “pretty anodyne” and doubts whether museum heads will come to an agreement in Prague.

“In the end, museums are not much of a panacea for injustice because ultimately (or at the beginning) they are creatures of their paymasters: who pays the piper calls the tune,” Young says.

The heads of Australia’s cultural institutions opted for wording that describes a museum as “a permanent, not-for-profit institution” that collects, conserves, interprets and exhibits, and communicates in an inclusive, diversified and participatory way.

“There are no standout differences between the definitions, just matters of emphasis and breadth,” says Mathew Trinca, chairman of ICOM Australia. 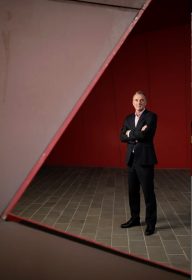 Dr Mathew Trinca, director of the National Museum of Australia, says it is useful to have a workable and broadly accepted definition of museums and their role. Credit: Alex Ellinghausen.

But he says: “I think it is useful to have a workable and broadly accepted definition of museums and their role.”

Brian Oldman, chairman of the Council of Australasian Museum Directors, says the broad purpose of museums is to engage, share, educate and raise awareness for collections through research, engagement and display.

“Whichever way the ICOM debate decides, this will not change the way museums across Australia and New Zealand will go about their work, or the role that museums play in the community,” he says.

The culture wars have moved onto new battlegrounds – the ABC, universities, statues – since then prime minister John Howard expressed concern about the “black armband view of history” – a phrase coined in 1993 by historian Geoffrey Blainey.

Two decades ago, the newly opened National Museum of Australia was one of the most prominent battlegrounds of the culture wars, criticised for displays about the stolen generations, frontier wars and European settlement.

The Canberra-based museum was attacked for developing a false image of the past and being influenced by “Marxist rubbish”.

Hostilities have since eased between the federal government and the museum, which is currently showing an exhibition about Australia’s oldest spy agency.

“Most of us have had plenty on our plates in recent years and we have been dealing with those issues of how best to serve our audiences at a time of great challenge during COVID-19, and given the fact that resources are always tight,” says Trinca, who also heads the NMA. 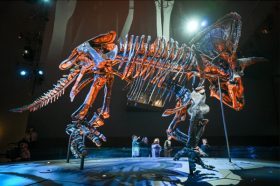 Yet the ongoing stoushes over the building of the Powerhouse Museum in Parramatta and redevelopment of the AWM in Canberra show decisions on how to depict history, let alone pay for staff and buildings, are deeply political.

Sydney is in the midst of a multibillion-dollar museum-building boom, with the construction of the Art Gallery of NSW’s new Sydney Modern wing and redevelopment of the Powerhouse’s Ultimo site.

The City of Sydney last week pledged $300,000 towards Sydney’s first queer museum on Oxford Street, while the NSW government plans to turn Parramatta’s convict-era Female Factory into a history museum.

Sydney Living Museums is also preparing a multimillion-dollar business case to turn the old Registrar-General’s Building on Macquarie Street into a museum.

Powerhouse chief executive Lisa Havilah dismisses the haggling over definitions as a waste of time compared to the dramatic changes she says museums must undergo to be “more vital and more useful in the world”.

“The whole idea of a museum industry body arguing over what the definition of a museum is illustrates the overall lack of relevance and connection it has to the tsunami of cultural change that is happening within institutions across the world,” she says. 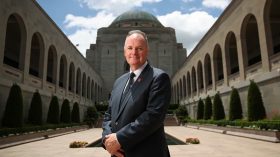 With a new building under construction in Parramatta and a $500 million redevelopment of its Ultimo headquarters, it is hard to think of a museum undergoing more dramatic, and controversial, change than the Powerhouse Museum.

“The future museum will be an ever-changing reflection of the many communities it serves, not tied to precedent or definition, a place that connects us in new ways with each other and the world, more useful and present in our lives,” she says.

“Museums can lead by example and connect with the real issues faced by individuals in everyday life,” she says. “This is especially pertinent within the Australian context and representation of First Peoples and their stories.

“Museums can provoke new ways of thinking to foster a sense of inclusion, wellbeing and shared identity.”

With its poo machine, wall of porcelain vulvas and music and art festivals, Australia’s most provocative cultural institution, the Museum of Old and New Art in Hobart, has dazzled visitors like few other Australian museums.

On the one hand, MONA’s director of curatorial affairs Jarrod Rawlins says he believes museums are, or should aspire to be, above politics. 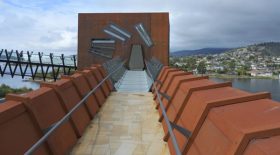 MONA’s director of curatorial affairs Jarrod Rawlins says “museums reflect the magic and wonder of our world, and that beauty is lost when seeking agreement”. Credit: Andrew Bain.

But he adds: “I believe museums should commit to social justice, diversity, inclusivity, and all other characteristics that make you a good citizen, regardless of your political viewpoint or goals.”

Rawlins also questions why museums have to be not-for-profit, pointing to the intense pressure to attract donors and raise revenue.

“I believe unexpected and exciting changes in museum programming and habits would be born if another mindset emerged,” he says. “It could also have a profound effect on art.”

But Rawlins sees value in the tussle over museums, which he says reflects the differences between the iconoclastic MONA and publicly funded institutions such as the NMA and AWM.

“I believe that museums reflect the magic and wonder of our world, and that beauty is lost when seeking agreement — sameness makes for a dull world,” he says.