August 18th, 2022 | Browse other: News. | Tagged with: The mission to save lost Australian treasures from extinction | 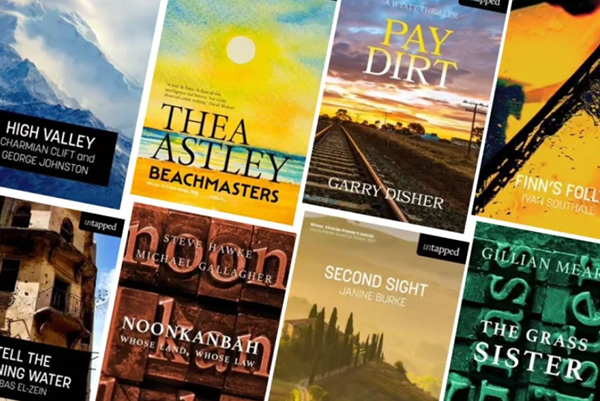 A selection of Untapped titles, including Thea Astley’s Beachmasters, Noonkanbah by Steve Hawke and Michael Gallagher and Second Sight by Janine Burke.

Jane Sullivan, The mission to save lost Australian treasures from extinction, The Sydney Morning Herald, 12 August 2022

This is not a publisher’s initiative. It’s part of Untapped, a project to revive classic, prize-winning, important or beloved Australian books that have gone out of print and are largely inaccessible. Authors, libraries, literary agents and researchers have been collaborating to identify our lost treasures.

They are doing vital work. Most of the Australian books ever written are out of print, including quite recent titles, and though some publishers sporadically revive their back titles in new “classic” editions, it’s often hard to find second-hand copies of old books, assuming you even know they exist. We have a legacy that has been in danger of disappearing.

The project is a collaboration between national, state and territory library organisations, Ligature Press, the Australian Society of Authors and Melbourne Law School. Since it was launched in November 2020, Untapped has breathed new life into 161 titles, including novels, histories, memoirs, poetry and children’s books. You can buy the e-books, or borrow them from public libraries, and some are also available as print books, thanks to a deal with Booktopia.

What I love about this list is both its variety and the immense cultural importance it represents. At a time when we are increasingly aware of Indigenous history, it’s great to see the revival of Frank Hardy’s 1968 book The Unlucky Australians, the story of the Wave Hill strike by the Gurindji people, which became a key moment in the Aboriginal land rights movement and was celebrated in the song From Little Things Big Things Grow. 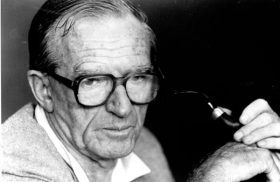 Another important historical text getting a new life is the award-winning 1989 book Noonkanbah: Whose Land, Whose Law, by Steve Hawke (Bob’s son) and Michael Gallagher. It’s a first-hand account of another landmark Indigenous land rights campaign against the 1978 proposal to mine sacred land at Noonkanbah Station in Western Australia.

Another award winner, Gillian Rubinstein’s young-adult novel Space Demons, made a very different kind of history when it was published in 1986. It was one of the first books to look at the impact of video games on children, through a fantasy setting where the players enter the game.

It must be a big vindication for living authors with a long career to find their early books back in circulation. Janine Burke is thrilled to have her novel Second Sight republished after more than 30 years. Like many books on this list, it was ahead of its time: the story in some ways prefigures Elizabeth Gilbert’s 2006 smash hit Eat, Pray, Love. “It’s like a dear, long-lost friend arriving on my doorstep decades later,” Burke says.

The revivals can also provide authors with a new income source through sales and public lending rights. More books will be identified and added to the list, and copies of all of them will be lodged with the National Library as part of its e-deposit scheme, which means they will be there for as long as libraries exist.

At a time when so much text is disposable or ephemeral, this is a much-needed way of identifying and preserving our literary heritage.