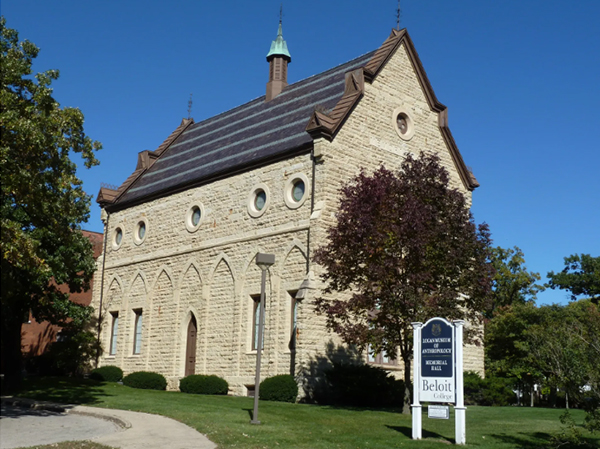 The Logan Museum of Anthropology at Beloit College in Beloit, Wisconsin, is one of several museums that have received the grant to aid repatriation efforts. Photo: Mary Warren.

The National Park Service (NPS) has awarded 20 American museums and nine Indigenous tribes grants totalling $2.1m to assist in the consultation, cataloguing and repatriation of ancestral remains and cultural objects in an effort to increase enforcement of the National American Graves Protection and Repatriation Act (NAGPRA).

The 1990 statute requires federally-funded institutions to inventory their holdings of Indigenous human remains and burial objects to facilitate their return. But adherance and enforcement have been points of contention for several US museums since it was enacted due to logistic hurdles regarding tribal affiliation and compliance.

Among the grantees, the Logan Museum of Anthropology at Beloit College in Wisconsin has received around $12,000 that will facilitate the repatriation of the remains of five individuals and 25 burial objects that were removed from Ventura County in California sometime between 1875 and 1889 by an archaeologist and later sold to the museum.

And the council of the Tlingit and Haida tribes has received nearly $100,000, which will fund consultation and documentation of sacred ceremonial objects that are currently held in the collections of the Hood Museum of Art at Dartmouth College, the Rhode Island School of Design and the Museum of Us in San Diego, California.

The monetary support comes in tandem with the organisation’s ongoing revision of the NAGPRA statute, which is being overseen by the US Department of the Interior with the NPS and several tribal leaders. More than 700 proposals are being reviewed as part of that process, which aims to evaluate compliance failures and correct loopholes in the law that have stalled repatriation procedures.

The grants are “just one way the NPS is advancing a whole-of-government effort to strengthen tribal sovereignty and repair our nation-to-nation relationships”, the NPS director, Chuck Sams, said in a statement. “Repatriation of human remains and sacred cultural objects to Native American Tribes, Alaska Natives and the Native Hawaiian Community is fundamental to ensuring the preservation of Indigenous culture.”

Positions Vacant » View All
» Collections and Database Administrator – QVMAG
» Team Leader Learning & Engagement – QVMAG
Latest News » View All
CM to open pop-up facility in CoCA building
during five-year renovation Read more.
Koori Heritage Trust expansion at Fed Square
First Nations Arts & Culture Centre Read more.
Quest to save Australia’s dying songs
An ethical & moral imperative Read more.
Univ of Sydney appoints Michael Dagostino
as Dir, Museums & Cultural Engagement Read more.
NZ PM Jacinda Ardern’s record on the Arts
- a review Read more.
Top +
Council of Australasian Museum Directors c/o Mr Brian Oldman, South Australian Museum PO Box 234 Adelaide, South Australia 5001 Australia, © CAMD 2023
Copyright: All information and resources provided on this website remain the copyright of the Council of Australasian Museum Directors. Permission is granted for viewing and downloading for personal and not for profit purposes. Those wishing to reproduce any materials for commercial, educational or other uses are requested to contact us.
Disclaimer: The content of this website is provided for information purposes only and is not intended as a substitute for professional advice. No claim is made as to the accuracy or authenticity of the content of the website. The Council of Australasian Museum Directors does not accept any liability to any person for the information or advice (or the use of such information or advice) which is provided on this website. The information on our website is provided on the basis that all persons accessing the site undertake responsibility for assessing the relevance and accuracy of its content. No responsibility is taken for any information or services which may appear on any linked web sites. Hostgator.
.