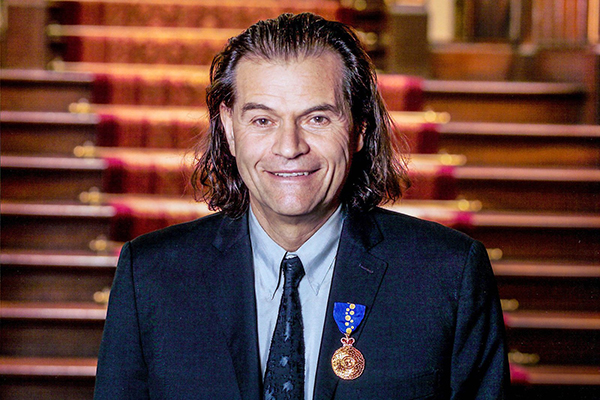 Brian was President of the Australian Museum Trust from 2001 to 2009, ensuring the AM continued to be world-leading in its collections and scientific research. He was also the founding Chairperson of both the Australian Museum Foundation and the President’s Circle of donors, helping the Museum raise vital funds and continue to make a significant contribution to Sydney’s scientific and cultural life.

“From the first time I met Brian, I knew I was with a man of integrity and substance. His belief in the vision for the Australian Museum shined brightly, from the twinkle in his eyes when he spoke of the Museum to the care and passion in his heart for this extraordinary institution, which he demonstrated with many significant contributions over the years. Even when faced with seemingly insurmountable challenges, Brian continued to be an advocate for hope. He was driven by a belief that it is our ethical responsibility to do better, to seek solutions and to make positive change in the world. Brian left an incredible mark on me, everyone he worked with and on the Australian Museum itself. He will be remembered and missed by all of us,” Australian Museum Director and CEO, Kim McKay AO, said.

In December 2020, Brian was bestowed the title of Governor Emeritus in recognition for his contribution of a $1M gift to the Australian Museum’s award-winning redevelopment, Project Discover, with the naming of the Brian Sherman Crystal Hall. More recently, Brian was the 2022 Australian Museum Research Institute (AMRI) Lifetime Achievement Award recipient in recognition of his significant contribution to animal welfare, to the advancement of science and scientific research, to his service to the community as a philanthropist and to his lifetime support of the Australian Museum. 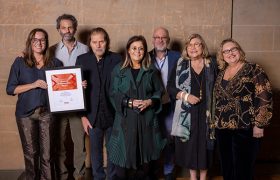 “Brian Sherman’s leadership and ethics brought a new perspective to the Australian Museum’s operations. His active engagement delivered so much, including the building of the AMRI building in 2008, vastly improving AM storage facilities for millions of specimens and upgrading our scientific research facilities. Brian’s deep commitment to animal welfare continues at the Museum today, part of everything we do, another great gift to the institution. Brian brought a depth of empathy, understanding and kindness, reaching out through every aspect of his life, which the Museum will continue to carry on in his honour,” Former AMRI Lifetime Achievement Award winner and the AM’s Distinguished Fellow in Climate Change, Professor Tim Flannery said.

“Brian Sherman was a remarkable man, and we are deeply saddened to hear of his passing. Through his extraordinary leadership in the community, Brian positively impacted the lives of so many Australians. Making science accessible to all remained a longstanding key goal and we will continue to carry on his legacy at the Australian Museum through our exhibitions, education programs and world-leading science,” Australian Museum Director, Development and Public Affairs, Amanda Farrar PSM said.

The Australian Museum extends its condolences to the Sherman family, including Brian’s wife Gene, children Emile, Ondine and their families, and to the Trustees and staff of the Sherman Foundation.