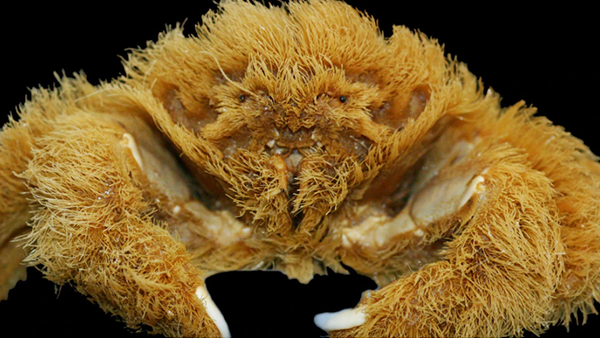 Meet the crab that makes its own “hats” out of sea sponge.

Sponge crabs, or dromiidae, collect sea sponge and shape it into their outline with their claws in one of nature’s most unique forms of camouflage.

A new species of the crab — Lamarckdromia beagle — has been named after it was discovered off Western Australia’s south coast.

The species is closely related to the better-known hermit crabs.

Western Australian Museum curator of crustacea and worms Dr Andrew Hosie said the crabs used their hind legs to carry the sponge above them like a hat to camouflage themselves from predators such a octopi and fish.

“They have an unusual behaviour of carrying around a piece of living sponge,” he said.

“The crabs trim the sponge to shape, let it grow to shape of their body and use them as a hat or protective blanket keep them protected from predators such as octopus and fish,” he said.

Dr Hosie said in addition to working as a form of camouflage, many sea sponges were also noxious to other animals.

Sponge crabs are found across Australia’s coast but the new species, named in honour of Charles Darwin’s research vessel The Beagle, which visited Albany in 1836, has only been found between Albany and Cape Naturaliste. 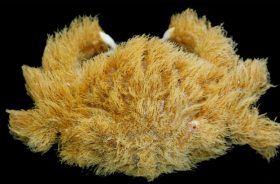 “You’ll find them in shallow water and down to a few hundred metres, commonly around wharf pylons or anywhere with substantial growth of sponges,” Dr Hosie said.

He said the new species was far hairier than others.

“All members of this group of crabs are hairy to some extent but this one is ridiculous.

“We can’t really give a definitive answers as to why this species is so fluffy, we suspect it’s to help further camouflage its legs from predators.”