August 18th, 2022 | Browse other: News. | Tagged with: Location chosen for new Aboriginal cultural centre to be built in central Perth | 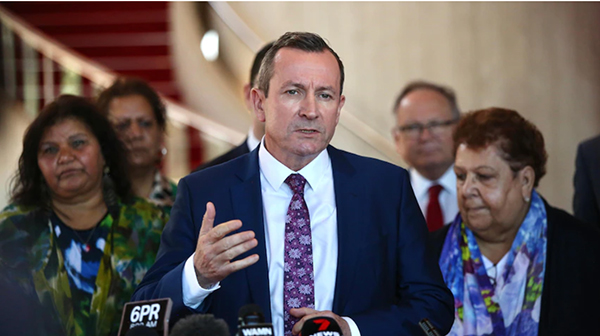 An Aboriginal cultural centre will be built on a site between the Derbarl Yerrigan, also known as the Swan River, and the Perth Concert Hall to showcase Western Australia’s indigenous culture.

The location was chosen by the Whadjuk Aboriginal Cultural Centre Cultural Authority, a body set up to provide advice on the cultural centre and a best possible site.

The committee’s Barry Winmar said the centre would give Aboriginal people a strong voice and show Aboriginal culture in its best light.

“It gives us an opportunity to tell our stories, to tell our songlines and showcase what our culture looks like through art, dance and through print and media,” Mr Winmar said.

The site was culturally significant as the location of watering holes and tributaries of the river. 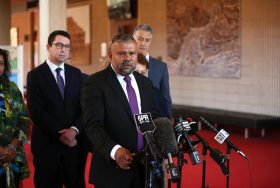 “There were walking trails along there. We had a really strong connection with the water and the land,” Mr Winmar said.

It was also close to where Whadjuk Noongar leader Yellagonga, who died in 1843, was buried.

The Commonwealth government has previously committed $52 million seed funding for the project, and the WA government $50 million, as part of an election commitment. 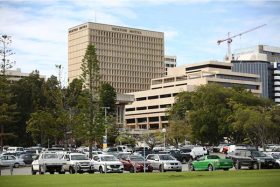 The Terrace Road carpark, located between the Swan River and the Perth Concert Hall, has been chosen as the site to build the Aboriginal Cultural Centre. (ABC News: James Carmody).

Premier Mark McGowan said the cultural centre was due to be finished by 2028 and will likely include major private sector and philanthropic contributions to create a “world-standard facility”.

“We want tourists from Australia and around the world to come and visit and understand and enjoy that experience,” Mr McGowan said.

“It’s a great opportunity for understanding and for creation of jobs and also for that great sense of identity that will come with it.

“So we’re very excited by this location.” 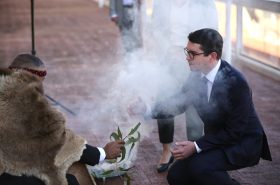 Patrick Gorman, seen here at a smoking ceremony during the announcement, believes the site could become an iconic attraction. (ABC News: James Carmody).

Federal minister and WA MP Patrick Gorman thought it could be WA’s answer to the Opera House in Sydney.

“This is about giving Western Australia something that expresses the full breadth of Aboriginal culture,” Mr Gorman said.

City of Perth Lord Mayor Basil Zempilas said he was excited the cultural centre would be located in the city.

“It’s hard to believe that in 2022 our nation does not have an Aboriginal cultural centre and museum of this size and shape and standing, that we are anticipating will now be built,” Mr Zempilas said.

“So I’m absolutely thrilled that the City of Perth is likely to be home to this facility. It’s very important for our country, for our state and in particular for our city.”