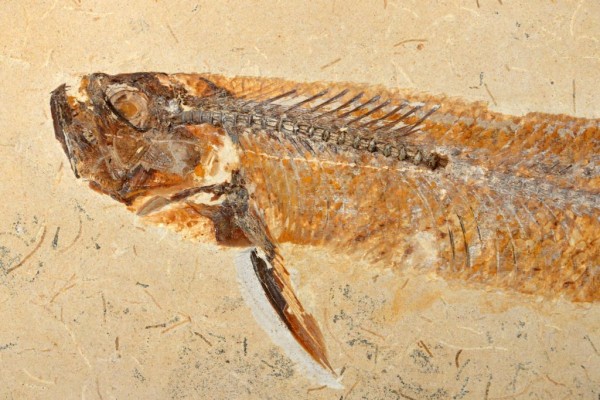 A 380-million-year-old heart was found from a fossilized prehistoric fish, making it the world’s oldest heart. The findings are according to a study led by researchers from Australia.

They claimed a Devonian heart came from an ancient jawed fish, containing other fossilized organs like stomach, intestine, and liver. This is the first time that a discovery of such magnitude, shedding light in the evolution of our bodies.

The research team in Western Australia said the specimen called “Gogo fish” holds a key insight in the evolution of the blood-pumping organ.

It is responsible for supplying our brain and blood with oxygen, as well as other functions like maintaining blood pressure. While perceived to be similar in function, the structure of the heart is quite different, making it as many claims to be a jaw-dropping discovery.

The unprecedented find was made possible thanks to a 3D model from a computer, which recognized the shape of a heart from the prehistoric fish, which is already extinct but likely lived long before the dinosaurs.

While it is evident that the discovery is not all-encompassing, the heart from the Devonian Period (419.2 million and 358.9 million years ago) is the most ancient heart at the hands of scientists.

The discovery of the Gogo fish fossil and the world’s oldest heart was published in the journal Science on Thursday, September 15. In the new paper, Curtin University researchers confirmed the fossil was found in a location known as the Gogo rock formation, in the Kimberley region of Western Australia. Minerals at the site allowed the preservation of the fish’s internal organs.

According to Professor Kate Trinajstic, a researcher at Curtin and staff at the Western Australian Museum, evolution is typically thought of as a series of small steps. Yet, the ancient fossils found in Kimberley suggests there was a larger leap between jawless and jawed vertebrates, as cited by Science Daily.

The prehistoric Gogo fish belongs to a first class of prehistoric fish called placoderms, which are some of the earliest jawed vertebrates which almost resemble to the set of teeth and jaw structure seen in a number of modern fish species of today.

Computer scans reveal the Gogo fish fossil had a complex heart than what is expected from a primitive fish. It turned out that the oldest heart consisted of two chambers, mainly the upper chamber and lower chamber, which are one on top of each other. It is almost similar to the human heart structure, as cited by the BBC.

Body organs are complex structures that serve a specific function. Consisting of billions of cells, organs are made up different types of tissue and are more sophisticated than the latter.

For years, scientists have sought the origin, evolution, and development of the organ system, with the brain being the most mysterious.

Following the study, this long-held notion is expected to be further addressed.

See also: Exceptional preservation of organs in Devonian placoderms from the Gogo lagerstätte