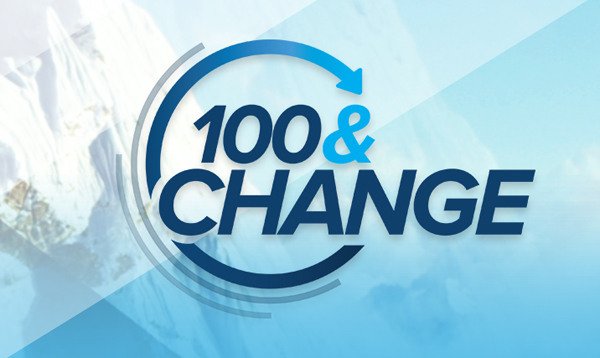 Philanthropy in the Age of Scale: MacArthur Foundation 100&Change, Future of Museums, May 9, 2017

Last year the MacArthur Foundation launched 100&Change—a competition for a $100 million grant to fund a single proposal to make measurable progress toward solving a significant problem. They invited proposals to address any critical issue, and indeed the submissions ranged from health to education and environmental sustainability.

100&Change exemplifies the rise of high-impact philanthropy, as funders increasingly are inclined to make “big bets” that result in transformative change rather than being satisfied with incremental progress.

In February MacArthur announced the eight semi-finalists and now they’ve release a public, searchable database of nearly 1900 proposals submitted to 100&Change. This database provides a fascinating overview of who applied, what problems they chose to address and how. Studying these proposals can help museum people think about how their own work can create solutions that are (to quote MacArthur) “radically different in scope, scale and complexity.”

I want to give a shout out to three museums I found in the database that were bold enough to apply. (There may be others—I found these through key word searches–let me know if you find any I missed.)

The San Diego Zoo tackled extinction, proposing to save critically endangered species of animals and plants by scaling up the world’s largest cryopreserved collection of living gametes and seeds  (San Diego Zoo’s Our Frozen Zoo® and Seed Bank).

The Chicago Botanic Garden pitched a plan to strengthen global food security by cultivating the use of symbiotic soil microbes that enhance crop plant tolerance to drought. In contrast to the development and sale of (patented) drought resistant cultivars by big agricultural businesses, this approach would create low cost, sustainable solutions controlled by local farmers.

The Academy of Natural Sciences of Philadelphia (Drexel University) framed many of the big problems facing humanity (climate change, water and food security, loss of biodiversity) as part of a larger “Failure to use knowledge to address the ongoing disconnect between human and natural systems at a time when humans are revealed as the dominant species impacting the planet.” They proposed to tackle this meta-problem with a meta-solution: building a network of academic institutions and problem-solving practitioners to create a paradigm shift in societal problem solving.