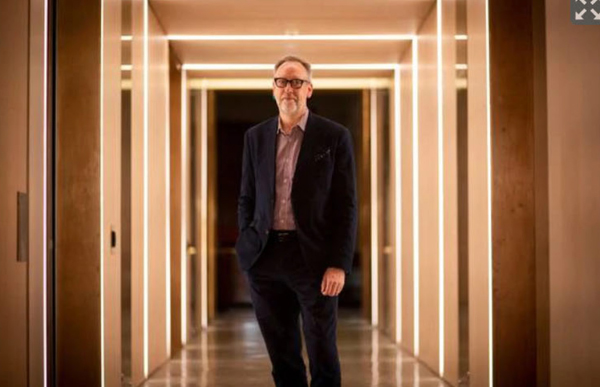 Auckland War Memorial Museum director David Gaimster has hand-picked 45 objects from the museum’s collection to tell their stories in his book Director’s Choice.

1 You were previously the director of Scotland’s oldest museum, The Hunterian. Why did you come to lead a museum at the opposite end of the earth?

I came to Auckland to apply some of my learnings from Glasgow. The two cities are very similar – both are big waterfront commercial centres founded on migration. Glasgow has built a strong identity around arts and culture. What we learned is that no one institution can solve the city’s big cultural challenges on its own – the future is connectivity. So in Auckland we’ve created a consortium called Museums of Auckland, bringing together the Art Gallery and all the museums. We’re piloting a multi-site ticket and creating a single portal to enable people to explore all our collections online.

2 What has surprised you most about Auckland since moving here 18 months ago?

I am surprised that Auckland doesn’t have a stronger identity, like other global cities. Auckland has really only been a city since 2010 so we’ve reached a certain point in maturation, but quite soon we need to crystallise what this city is. Our cultural institutions can help create an identity that’s rich, diverse and compelling.

3 Are New Zealand museums leading the way in any areas?

Australasian museums are really ahead of the game in making their collections available online. The Auckland War Memorial Museum has such a large collection, around five million objects, that we can only display less than one per cent at any one time, so technology is a great way to provide access to a global audience. We also have an outreach project which aims to bring Pacific people from 13 island nations resident in Auckland into the museum to engage with their treasures and share their knowledge with us.

4 Will conservation staff be comfortable with people touching the artefacts?

Yes, the only way we’re going to understand the cultural meaning of these objects is by asking knowledge holders from the community. They need to be able to pick the objects up and examine them to tell us about the weaving or carving techniques involved. In our Masterplan we’re designing public engagement space with the right conditions for object handling.

5 Do you think museums should return cultural objects to their source communities?

Restitution is the big question engaging museums around the world right now. I think it’s too simplistic to say that all objects obtained through colonial enterprise should be returned. Not all were taken through violence. Historical reality is much more entangled. Every object needs to be examined on its own merit through research and evidence. We’ve returned many objects to source communities and have an intensive human remains repatriation programme. We also loan collections to museums where they can be shown in the local context more effectively.

6 What if source nations such as small Pacific Islands don’t have anywhere to house returned objects?

That’s why we have very close dialogue with Pacific nations. We had the President of Kiribati here last week talking about how we can work together to conserve their cultural heritage now under extreme threat due to the effects of climate change.

7 As a cultural property expert, what was your role in protecting artefacts looted in the Iraq War?

As a senior advisor to UK’s Minister for Culture, I helped create new laws to criminalise the trafficking in cultural objects. London and New York were major outlets for objects looted from archaeological sites across the Middle East. By removing the marketplace we disincentivised the destruction of the sites. There’s always the risk the objects will go somewhere else but we couldn’t justify not intervening because Britain was so closely involved in the military conflict.

8 Growing up in Cambridge, did you show an early interest in archaeology?

Yes, I picked up the archaeology bug as a young child. Cambridge had wonderful museums with archaeological and ethnographic artefacts from all around the world. As a teenager, my history teacher took me on local excavations every summer. I looked forward to school holidays when I could go digging up Roman towns.

9 As an outsider coming to the Auckland War Memorial Museum, what do you like best about it?

It was established the same year at London’s Victoria and Albert Museum, so it’s part of the global modern museum movement. Thomas Cheeseman, its founding curator, was one of the world’s leading natural scientists and a Yorkshireman, like me. It was a project of remarkable vision funded by the people of Auckland.

10 The museum is about to undergo a $100 million upgrade. Is it time for the government to share the cost with Auckland ratepayers?

Auckland Council has commissioned a review of its future investment in arts and culture and the big question has to be whether it’s sustainable for Aucklanders to fund New Zealand’s biggest cultural asset. I believe we’ll reach a tipping point in the next few years. We need a new formula that creates a partnership between local and central government.

11 Your new book tells the stories of 45 objects from the Auckland War Memorial Museum’s collection. How did you choose which objects to write about?

It’s my personal selection of the objects that have resonance for me. It’s part of a series called Director’s Choice by Scala that museum directors around the world are queuing up to write. I’ve chosen objects not just for their historical significance but also for their emotional power.

12 Can you give an example?

One of the items that really intrigued me was a set of 24 metal cigarette tins from the 1940s and 50s that were used to house thousands of New Zealand insects collected over a lifetime by Auckland school master Eric Pritchard. To mount the insects, he actually created his own micro tools out of lightbulb filament and invented his own glue by melting down old celluloid film. It’s a great story of one man’s passion and dedication and a microcosm of the museum world. Sometimes the story and the packaging are as compelling as the contents.

• Director’s Choice: Auckland Museum by David Gaimster, $25, available in the museum store or online at store.aucklandmuseum.com