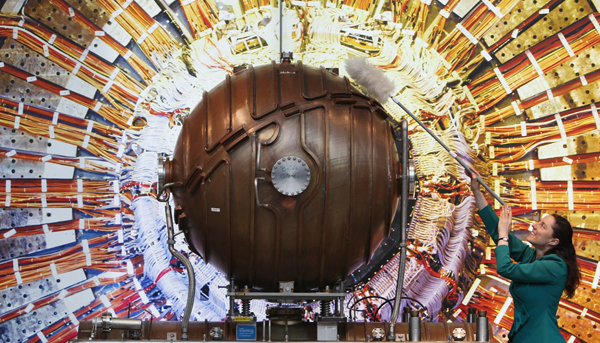 The National Museum of Scotland opened ten new galleries last year and was 15th most popular visitor attraction with 1,810,948 visitors.

The Association of Leading Visitor Attractions (ALVA) announced its members’ visitor figures for 2016 today, which saw an average increase of 7.2 per cent on 2015 visitor numbers to UK attractions.

ALVA’s visitor figures for 2016 show Scottish attractions had the greatest increase of 15.6 per cent growth. The National Museum of Scotland was 15th most popular visitor attraction last year with 1,810,948 visitors, moving up from 19th place, with a 16 per cent increase following the opening of ten new galleries last summer.  It was closely followed by Edinburgh Castle in 16thplace with 1,778,548 visitors and the Scottish National Gallery in 18th place with 1,544,069 visitors.

A total of 66,938,947 people – more than the total population of the UK – visited attractions in London with the Top 10 most visited attractions all based in the capital. The British Museum continued to be the most popular visitor attraction overall for the tenth year running with 6,420,395 visitors,  although this was down 5.9 per cent, and remaining in second place was the National Gallery with 6,262,839 visitors – seeing a six per cent increase. Third place was achieved by Tate Modern, up from fifth, which saw 5,839,197 visitors up 29.91 per cent after opening its new Switch House building in June last year. However, three other London museums in the top ten all experienced a decline in visitors last year: The Natural History Museum (fourth) had 4,624,113 visitors, down 12 per cent, the Science Museum (seventh) welcomed 3,245,750 visitors, down 3.2 per cent, and the V&A (eighth) saw 3,022,086 visitors, down 12 per cent.

“Many of our members in Scotland, Wales, Northern Ireland and Cornwall had record years in 2016, although the first nine months of 2016 were unquestionably hard for our members, particularly in London, for many reasons,” said Bernard Donoghue, Director of ALVA. “However, by the end of the year nearly all attractions were reporting growth from visitors from overseas and the rest of the UK. Like the 2015 figures, Scotland has continued to outperform the rest of the UK with a substantial increase in their visitor numbers. 2016 was a great year for Scottish Tourism – proving that Scotland is reaping the benefits of significant capital investment in attractions and creative programming by its institutions.”

The most visited attraction outside London was Chester Zoo, which recorded a 12 per cent increase and remained in 12th place (1,898,059. Cornwall saw a record number of visitors in 2016, with notable increases at Tintagel Castle in Cornwall, which had a 19 per cent increase as a result of new interpretation and a groundbreaking archaeological research project (125th place & 229,809). The new Mary Rose Museum at the Historic Dockyard in Portsmouth opened on July 20th and saw a 39 per cent increase compared to the same period in 2015 and Merseyside Maritime Museum saw a 27 per  cent increase.

The National Trust saw very good growth at many of its properties due to creative events and programming; while The Churches Conservation Trust saw 422,714 visitors to their top 10 properties combined, an increase reflecting the first Church Tourism week and huge popularity of ‘Champing’ (Church camping).  English Heritage had an average increase among top sites of 6 per cent. Battle Abbey’s increase of 29 per cent was directly linked to the substantial activity marking the 950th anniversary of the Battle of Hastings, and included the sell-out re-enactment of the battle in October.

Jo Marsh, Director at Jane Wentworth Associates who worked on the rebranding of the National Galleries of Scotland early last year said she was not surprised to see Scotland up there with the best and that it was only going to get better. “Today Scotland is vibrant and competitive, international and confident. Scottish visitor attractions are playing a pivotal and strategic role in what many people are referring to as a Scottish cultural renaissance,” she said. “The current government’s visible support of culture and Visit Scotland’s recent campaigns – communicating a unique sense of place, the kind of authenticity tourists travel for – are all providing a strong context, helping to make the Scottish nation brand more vivid and compelling.”