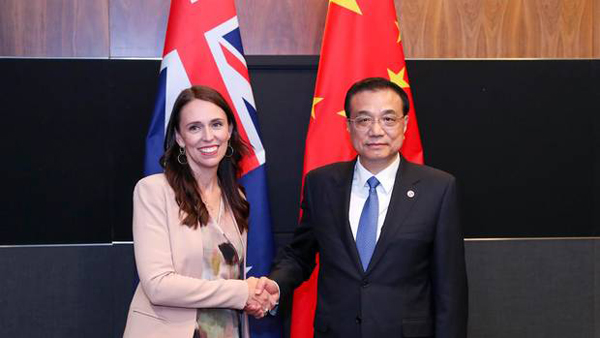 Diplomatic links with China appear to have plummeted to a new low as Prime Minister Jacinda Ardern is given the cold shoulder by Beijing and a major tourism promotion is postponed by the superpower.

Ardern was scheduled to visit China early this year but the invitation has been put on hold.

The 2019 China-New Zealand Year of Tourism was meant to be launched with great fanfare at Wellington’s Te Papa museum next week, but that has been postponed by China.

The initiative was announced by the Key Government almost two years ago when Chinese Premier Li Keqiang was in Wellington.

Richard Davies, manager of tourism policy at the Ministry of Business, Innovation and Employment, said: “China has advised that this event has had to be postponed due to changes of schedule on the Chinese side.”

Officials are now working with China to reschedule the opening.

Ardern said after the Cabinet meeting yesterday that the official visit to Beijing is being worked on. Late last year she was on standby to visit but said they could not co-ordinate their diaries. New Zealand sources in Beijing say her first visit to China is not expected any time soon.

The decision by the Government’s chief spy agency, the GCSB, to axe Chinese telco giant Huawei from the Spark 5G broadband rollout is seen by China as New Zealand taking sides with the United States. The Trump Administration publicly asked its Five Eyes partners not to do business with Huawei.

The GCSB’s version that Huawei posed a risk to national security isn’t enough for Beijing. It wants a better explanation before opening the door to Ardern.

Asset management and corporate adviser David Mahon, based in Beijing, said governments needed to get over thwarting Chinese economic aims in a way reminiscent of the Cold War struggle between capitalism and communism. “It’s unhelpful for politicians and a few anti-Chinese professors to feed uncorroborated McCarthyite conspiracies about Chinese spy networks in their countries and targeting anyone who doesn’t share their view,” Mahon said.

“We clearly need to commit ourselves to the cause of trade liberalisation and the integration of the global economy while respectfully and realistically acknowledging China’s entitlement to a comprehensive and responsible strategic and economic engagement in the region,” he said.

Sources in Beijing say China plans trade retaliation and the turning back of an Air New Zealand plane at the weekend may not have been a coincidence. Sources say the airline has been trying to secure extra landing slots in Shanghai without success.

Two-way trade with China trebled over the past decade to $27 billion. “The implications for New Zealand are dangerous at every level,” Burdon said.