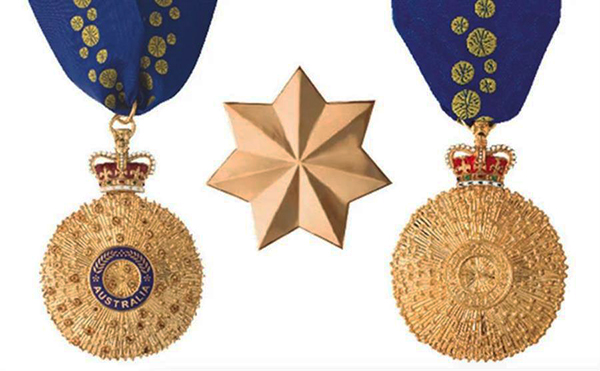 Dancer David McAllister among only five awarded this year’s highest honour, with a list generally that has shifted its focus, with the highest number of women in history and a strong recognition of diversity and underrepresented.

The Queen’s Birthday 2021 Honours List recognises 1,190 Australians. Of those (by our count) 77 are from within the arts and culture sector or are patrons who have keenly supported it. That is 6.5% in a year when the arts played such a strong role in the wellbeing of the wider national community struggling to live through a pandemic.

This is up slightly on last year with 59 Honours awarded but continues the trend favouring the performing arts sector.

It again raises the question (which emerges annually around these Honours lists), that our sector emphasises that the Arts needs to be valued, but fails to celebrate its own with the same verve we see across community sport, law, medical research and even politics.

It should be remembered that these lists are generated through a nomination system. It should be a wake-up call each year to our sector, that if we want to play an affirmative role in shifting perceptions around the value of the arts, then this is a good place to start.

However, with the only high profile political gong being staffer-turned-commentator Peta Credlin (VIC), who receives an AO, it might suggest that public pushback from recent lists was taken on board.

Both last year’s Queens Honour List – which saw the top gong going to former Prime Minister Tony Abbott – and the Australia Day 2021 Honours List – which saw the controversial and highly criticised awarding of former tennis player Margaret Court (upgrading her Order of Australia to the highest level to a Companion in the General Division of the Order of Australia or AC) –  were called out as not holding up national values in their stances against LGBTIQ+ and Indigenous communities and refugees.

The focus has shifted.

As Governor-General David Hurley said: ‘I am pleased that this list includes the highest ever percentage of women (44 per cent) recognised through the General Division of the Order of Australia.

‘It is important that the Order of Australia represents the diversity and strength of Australia – for this to happen we need to ensure outstanding women, members of our multicultural community and First Nations people are nominated by their peers in the community.

He continued: ‘I am prioritising increasing awareness of and engagement with the Order of Australia amongst groups that have been historically underrepresented.’

Among the five people who received the highest accolade – the Companion of Australia (AC) – is Melbourne-based David McAllister (who was previously awarded an AM) for his ‘eminent service to the performing arts, particularly to ballet both nationally and internationally, to artistic directorship and dance education, and as a mentor’. 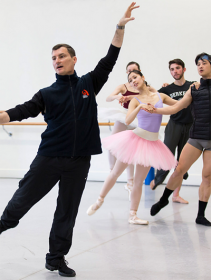 David McAllister, honoured not only for his creative vision and skill as a dancer, but his role in dance education. Image The Australian Ballet.

Only a few dancers have received this high honour: prima ballerina Lucette Aldous and Margaret Scott, who was also the first director of the Australian Ballet School, where McAllister trained and taught.

Joining McAllister in their services to dance, Lee Christofis (VIC) was the only one to receive an AM (Member in the General Division) for ‘his significant service to the performing arts, particularly to dance.’

More broadly, receiving an OAM (Medal in the General Division) for their contribution to dance were: Diane Heaton (NSW); Marie Mahon (QLD), and in a different spin, Geoffrey Wark (SA) for Morris dancing.

The list is always stronger for stage and performing arts more broadly (traditionally the sector is best at honouring their own than the other genres across the arts), with AMs going to actors Peter Carroll (NSW) and Judi Farr (NSW); artistic director and performing arts administrator John Kotzas (QLD); theatrical producer and advisor James Thane (NSW); and Colin Cornish (VIC) for services to performing arts with music and youth; Brian Gilbertson (SA) for his work in festivals, opera and voice education, and Wayne Kratzmann (QLD) for services to arts education in performance and visual areas.

Extending performance into music, and music education, Emeritus Professor David John Carter (QLD) For significant service to tertiary education, and to cultural and literary studies, was awarded an AM.

Within the next category of OAMs, the following honours were bestowed in the performing sector: 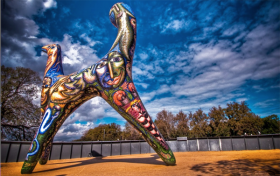 With regard to the visual arts sector, the highest honour – an AO (Officer in the General Division) – was given to iconic Brisbane gallerist and patron Philip Bacon (who has previously received an AM in 1999) for ‘distinguished service to the arts, to social and cultural organisations, and through support for young artists.’

Bacon became a gallery assistant at the Grand Central Gallery in Brisbane in the 1960s, eventually opening his own gallery in Fortitude Valley in 1974. Additional to his significant role as an art dealer, Bacon has regularly gifted significant works to Australian public collections, and contributed as a board member to Opera Australia and the National Gallery of Australia. Bacon has also been awarded the Centenary Medal in 2001.

With regard to AMs, they were awarded to just three people this year, for their contribution in broad ways to the cultural sector. Melbourne-based Charles Justin was honoured for his ‘significant service to the museums sector, to arts administration, and to architecture’. A celebrated architect and force behind the firms SJB, Plus Architecture, Management for Design and a Life Fellow of the Australian Institute of Architects and Jewish Museum, Justin established the Justin Art House Museum (JAHM), a privately funded, not for profit house museum in 2016.

Dr Lissant Mary Bolton was also honoured with an AM for her ‘significant service to the museums sector, and to anthropology’, while Susan Carr (VIC) for her contribution to interior design, to education, and to women in business.

Two artists were in the list for OAMs this year – Victorian sculptor and mosaic artist, known for her public artworks, Deborah Halpern, and abstract painter David Rankin (based in New York, USA since 1989), with over a hundred solo shows to his name internationally. Rankin is self-taught, developing his techniques and ideas in the outback towns of his youth. 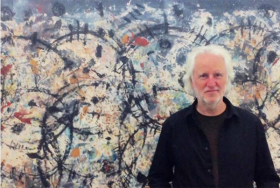 Over her 35-year career Halpern is perhaps best known for her public sculptures, including Angel, which stood in the moat of the National Gallery of Victoria before moving to the bank of the Yarra River besides Federation Square.

Joining the total of 14 people awarded in the visual arts, and receiving OAMs for their contributions to the galleries sector, were Brian Ladd (NSW), Tom McCullough (VIC), Arthur Papadimitrious (VIC) and Jill Swann (SA).

Makers awarded with OAMs were: Jeanette Crew (NSW) for her ‘service to Indigenous culture, and to conservation’, Rosanne McKendt (TAS) for community art programs, John Cutler (NSW) for his contribution to the fashion industry, and Judith Connors (QLD) for her contribution to lace making.

Publisher Julie Watts (NSW) was recognised for her role in promoting literature, while more generally, Emeritus Professor Diane Bell (ACT) and Dr Susan Lever (NSW) were both honoured for their service to literature.

Recognised for their service to the librarianship and information sciences were Virginia Hunter Cox (regional NSW), and Roxanne Missingham (ACT). And around the edges of writing, Angela Bishop (NSW) was recognised for her service to entertainment journalism.

Taking the highest honour for the Screen sector was Russell Boyd (NSW), who was awarded with an AO for his ‘distinguished service to the visual arts as a cinematographer of Australian feature films and television productions.’

AMs were awarded to: Simon Bouda (NSW) for significant service to the television and print media; Ms Ricci Swart (VIC) for service to the media and film industries, and Amanda (Mandy) Walker (VIC) for her service to film as a cinematographer.

Taking the highest Honours this year – an AO – were:

Awarded AMs this year were for their service to the arts more broadly:

And honoured in the AM and OAM divisions were: Carol Berg (NSW), service to mental health, to social justice, and to the arts; Henry Boston (WA) and Dindy Vaughan (VIC) for their service to the arts.

More about the Queen’s birthday awards

The Queen’s Birthday Honours List has historically been released annually on the holiday Monday of the Queen’s Birthday long weekend in June. Appointments to the Order of Australia confer the highest recognition for outstanding achievement and service.