You are here: Home » Articles filed under: 'News' » Article: 'MV’s Vikings: Beyond the legend'

MV’s Vikings: Beyond the legend 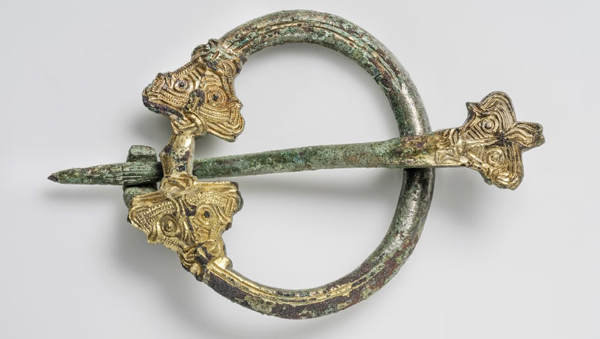 Carolyn Webb, Ja, it’s true: Some Vikings were into arts, not pillaging, The Age, 7 March 2018

But an epic new exhibition coming to Melbourne is out to slay that stereotype.

It depicts our Nordic forebears as a much more cultured lot who crafted jewellery and kitchenware, played music and baked bread.

You won’t find a single horned helmet amid the 450 rare artefacts that make up the Vikings: Beyond the Legend exhibition, which opens at  the Melbourne Museum this month.

According to the curators, there is no evidence that Vikings ever wore such headgear.

The museum boasts that the five-month exhibition, which opens on March 23, is ‘‘the largest collection of Viking artefacts ever displayed in Melbourne’’.

Objects have been imported, on loan, from the Swedish History Museum in Stockholm.

Among highlights are the skeleton of a Viking longship with hand-forged nails; a gold and silver Thor’s-hammer pendant said to be one of the finest ever found, rune stones with inscriptions yet to be deciphered and swords dating from the years 700 to 1100.

The largest exhibit will be the Krampmacken, a replica of a nine-metre merchant boat found on the island of Gotland in the 1920s.

Vikings: Beyond the Legend is at the Melbourne Museum from March 23.