You are here: Home » Articles filed under: 'News' » Article: '22 director roles vacant in US museums'

22 director roles vacant in US museums 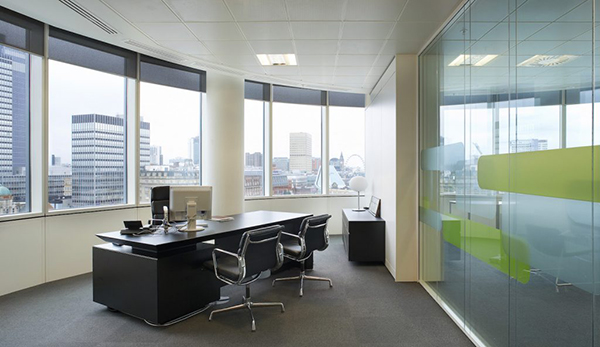 Corner offices are empty in museums across the U.S. (Photo by View Pictures/Universal Images Group via Getty Images).

Zachary Small, There Are Almost Two Dozen Director Roles Vacant in U.S. Museums Right Now. Why Does Nobody Want Them?, ArtNet, 22 November 2021

There are a near-record 10.5 million job vacancies in the United States, according to the latest figures from the Bureau of Labor Statistics. The hiring crunch has left the upper echelons of the art world empty, with almost two dozen openings for what may be the most coveted role in the cultural sector: museum director.

The openings are the product of a perfect storm. There’s a generational shift among leaders sparking a wave of retirements, while controversies, pandemic-induced budget shortfalls, and demands for increased DEAI engagement are pushing other leaders out the door. According to an analysis by Artnet News, no fewer than 22 director positions are currently open at important art institutions across the country.

The organizations seeking new leadership range from some of the country’s largest and wealthiest, like the J. Getty Paul Getty Trust, the San Francisco Museum of Modern Art, and the Philadelphia Museum of Art, to smaller ones that serve as pillars for their local communities, such as the San Antonio Museum of Art, the Frist Art Museum in Nashville, and the Wadsworth Atheneum in Hartford, Connecticut.

“There is a tremendous amount of leadership transition underway,” said Bruce Thibodeau, president of the Arts Consulting Group, which is currently helping PlayPenn, a Philadelphia incubator for playwrights, find a new artistic director. Many executives who had planned to retire in early 2020 delayed their departures because of the pandemic, he said, but are now leaving their posts alongside those who had originally planned to depart this year. Both groups are “making their transitions simultaneously, which is creating more vacancies than normal.”

The question now is whether there are enough qualified—and, perhaps more importantly, interested—candidates to fill these roles at a time when the job of museum director is considerably less desirable than it used to be.

“People really don’t want to be directors right now because the jobs are emotionally unsustainable and it’s a challenge to navigate the wealth gap between low-paid staff and wealthy trustees,” said Laura Raicovich, a museum executive who recently published a book on the political and economic challenges facing art institutions today. 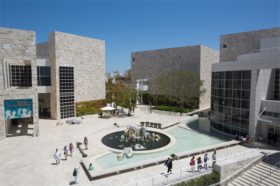 Oftentimes, the public reads organizational failings as a reflection of bad management. Some museum directors said this leaves them feeling like lightning rods responsible for absorbing shock while the trustees escape scrutiny—despite having the final say in major decisions like acquisitions, workplace policies, and building expansions.

The Cooper Hewitt Smithsonian Design Museum in New York is on its second interim director after ousting Caroline Baumann from its top position last year. The Smithsonian had launched an investigation into potential problems regarding the procurement of a dress and venue for Baumann’s 2018 wedding. Two people close to the inquiry told the New York Times that the investigation turned up evidence of an apparent conflict of interest. Baumann has since rejected the investigation’s findings, calling it a “sham report.”

Newfields in Indiana has had an interim president for nearly nine months since its former leader, Charles Venable, resigned after he was criticized for a job posting that described the museum’s core audience as “white.” Around the same time, SFMOMA’s director Neal Benezra announced that he would be stepping down after the institution completed a major expansion in 2016 and, more recently, faced criticism for its response to George Floyd’s murder and alleged censorship of Black employees. The directors of Museum of Contemporary Art, Detroit, and the Cantor Arts Center at Stanford University also left in response to complaints from staff about abusive work environments.

While such controversies can reflect the harsh management philosophies of directors, there is a growing awareness of the pressures directors are under from their boards. Museum experts said that the three-way relationship between staff, leaders, and trustees is more complex than it appears—and contributes to the challenge of the director role. 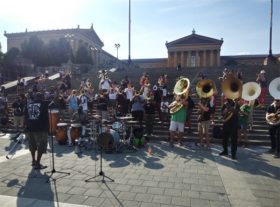 The Brotherhood, a Philadelphia band, performs in front of the Philadelphia Art Museum in support of the Black Lives Matter movement on July 5, 2020. (Photo by Cory Clark/NurPhoto via Getty Images).

“The director serves at the pleasure of the board and there is always a complicated relationship in having to be the visionary who is inspiring trustees but at the same time reporting to them,” said Raicovich, who attributed difficulties to the growing wealth gaps between wealthy board members and everyone else. “I know very few directors who don’t deeply empathize with their staff.”

Over the summer, Timothy Rub, the Philadelphia Museum of Art’s director and chief executive officer, announced his plan to retire after 13 years in 2022. More than a year ago, Gail Harrity, who joined the museum in 1997 and became its president and chief operating officer, announced her departure; her role remains unfilled.

While experts say it is not unusual for museum leadership to turn over after the completion of a major capital campaign, the PMA also experienced a turbulent year of employees alleging sexual and physical misconduct against former managers as well as a financial squeeze wrought by the pandemic that resulted in 85 layoffs and more than 40 buyouts.

Philadelphia, a city that has seen leadership turnover at nearly every one of its major cultural organizations over the past year, serves as a valuable case study for what happens when executive turnover meets the financial challenges of the pandemic. “Philadelphia may be the canary in the coal mine,” Raicovich said.

Public spending for the arts was one of the first things to go when the city was facing an estimated $749 million budget shortfall last year. Allocations for the arts through the Philadelphia Culture Fund decreased from more than $3 million to $1 million after cuts, reducing the amount of organizations that received support by nearly 40 percent, according to the city.

In addition to the Philadelphia Museum of Art, the Pennsylvania Academy of the Fine Arts lost its museum director, Brooke Davis Anderson, who went to lead a philanthropic fund based in New York. The academy is also searching for a president and chief executive officer. 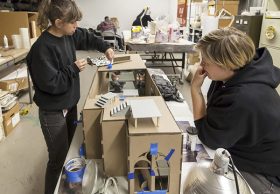 Samara Golden at work at the Philadelphia Fabric Museum & Workshop.

“Sometimes individuals determine that their future lies elsewhere,” said Priscilla Luce, interim head of the Greater Philadelphia Cultural Alliance, which also happens to be searching for its next leader. “I certainly think the stress and strain of Covid-19 has added to the equation.”

But a spate of new hires in Philadelphia also offers a glimpse at what the future of the sector might look like. After a lengthy recruitment process, the African American Museum recently announced that Ashley Jordan, previously an executive with the National Underground Railroad Freedom Center in Cincinnati, would become its next president and chief executive.

“There is great opportunity for the next generation of Philadelphia’s museum directors as art history evolves and the status quo is challenged,” said Jordan, who, at 37, belongs to the city’s new cohort of young leaders. Last year, Philadelphia’s Institute of Contemporary Art hired Zoë Ryan as its new director; in 2019, the Fabric Workshop & Museum tapped Christina Vassallo, 41, to lead the organization.

Both within Philadelphia and elsewhere in the U.S., the majority of museums that have completed their executive searches over the past year have chosen women and BIPOC candidates to lead their organizations. That includes institutions like the Peabody Essex Museum in Massachusetts, the Bronx Museum in New York, and the Saint Louis Art Museum in Missouri.

“Directors now have the chance to ask boards about how willing they are to rethink their strategy, especially in the areas of diversity and inclusion,” said Jane Hsu, an associate vice president at the Arts Consulting Group. “Nobody wants to step into a position and realize there is a major issue.” 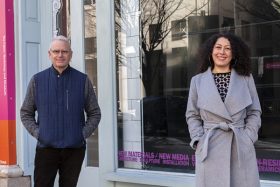 Harry Philbrick of Philadelphia Contemporary and Christina Vassallo of the Fabric Workshop and Museum, both part of a consortium of Philadelphia arts leaders. Photo: Carlos Avendaño.

If the trio of new directors in Philadelphia is any indication, the future of museums will be more digital and more collaborative than ever before. All three women are now embarking on projects aimed at expanding their museums online after the pandemic tanked their attendance figures. Their institutions recently received a combined $856,200 in grants from the Pew Center for Arts & Heritage meant to help reshape business and revenue models.

The directors have also formed a consortium that helps arts leaders from across the city collaborate. The group has experimented with joint fundraising and programming; it’s now focused on improving communication among institutions and challenging “the values underlying what museums do, who they serve, and how they function,” according to its website.

For now, executive recruiters say that prospective museum directors have the upper hand in negotiations. That type of leverage gives new leaders a chance to challenge board directors and other structural barriers that might have hampered their predecessors.

“It’s a job seeker’s market,” said Hsu, the arts consultant. “You could get some great finalists for a museum job, but maybe they are candidates for multiple other positions.”